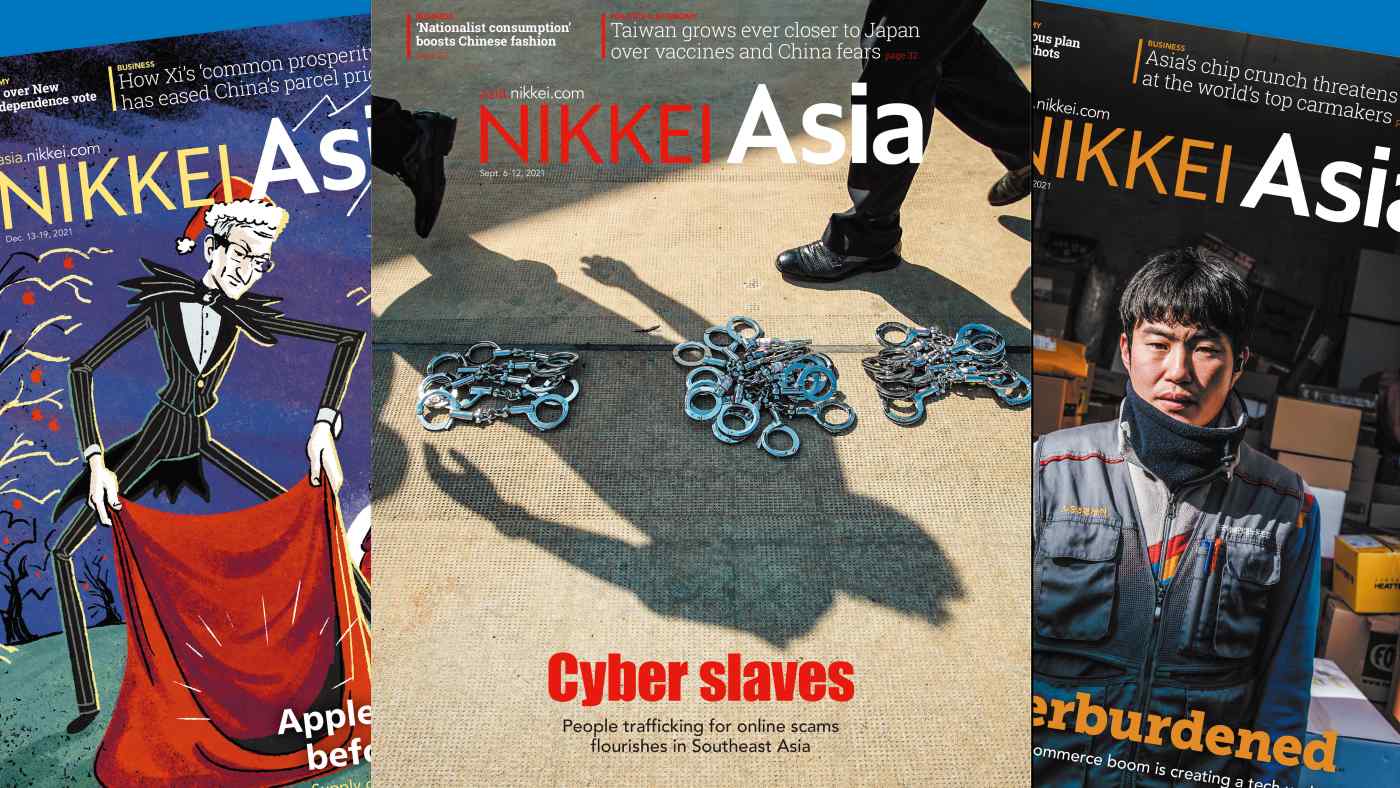 At the Best in Business Awards, run by the U.S. Society for Advancing Business Editing and Writing, Nikkei Asia won the top prize in the international reporting section for a three-part investigation into online scams run from Cambodia. It was one of three prizes received by the publication.
Nikkei staff writersApril 8, 2022 14:57 JST | Japan
CopyCopied

The prizewinning coverage ranged across the global chip shortage, the exploitation of tech workers, cybercrime gangs in Cambodia and Asia's "coal addiction."

These were Nikkei Asia's first accolades from the SABEW, the world's largest and oldest organization of business and financial journalists.

The successes in the 27th edition of the SABEW awards came in the medium-size publications section. Fellow honorees in this category included The Atlantic, ProPublica, Fortune and Wired.

The judges said in their general excellence citation that they were "impressed by the scope and depth" of Nikkei Asia's reporting. They picked out an entry by Cheng Ting-Fang and Lauly Li that exposed Apple's supply chain problems by examining each component of the latest iPhone. They also praised a report from Vietnam led by Lien Hoang on workers who were sleeping overnight in their factories so they could continue production during the COVID-19 pandemic.

The general excellence portfolio also included a piece on Asia's "coal addiction," led by Dominic Faulder with contributions from reporters around the region.

Nikkei Asia also won the top prize in the international reporting section for a three-part investigation, by Shaun Turton and Huang Yan, into online scams run from Cambodia. The series "deftly wove strong research into stories of real-life loss, and did so in a way that allowed readers to truly grasp how significant the issue is," the judges said.

Nikkei Asia's third outright winner was a pair of pieces on the exploitation of tech industry workers during the global health crisis, led by Nikki Sun and Steven Borowiec. The judges praised the "vivid approach to storytelling, which revealed a dark side of the tech industry that few of us get to see."

The Best in Business Awards panel also gave honorable mentions to two Nikkei Asia entries on the battle for supremacy and supply in the global chip industry. The judges described an article on tech competition between the United States and China as a "highly readable tour de force." They praised a series slugged "chips in a changing world" for its "unique appreciation" of how factory shutdowns in Malaysia or Vietnam could create bottlenecks for an entire international supply chain.

Shigesaburo Okumura, Nikkei Asia's editor-in-chief, said the judges' recognition was a tribute to the doggedness, deep sourcing and collaborative spirit of the organization's journalists. "It's really great in particular to win the general excellence award," he said. "It shows the range and quality of our work -- and how many people have contributed to it."

The Financial Times, which is also a part of the Nikkei group, notched up Best in Business successes in the large organizations category. It won the banking and finance prize for its three-part "Race and Finance" series, and the newsletters award for Unhedged.

The FT also won honorable mentions for its coverage of the COVID-19 vaccine rollout and for a package on former U.K. Prime Minister David Cameron's lobbying on behalf of Greensill Capital.