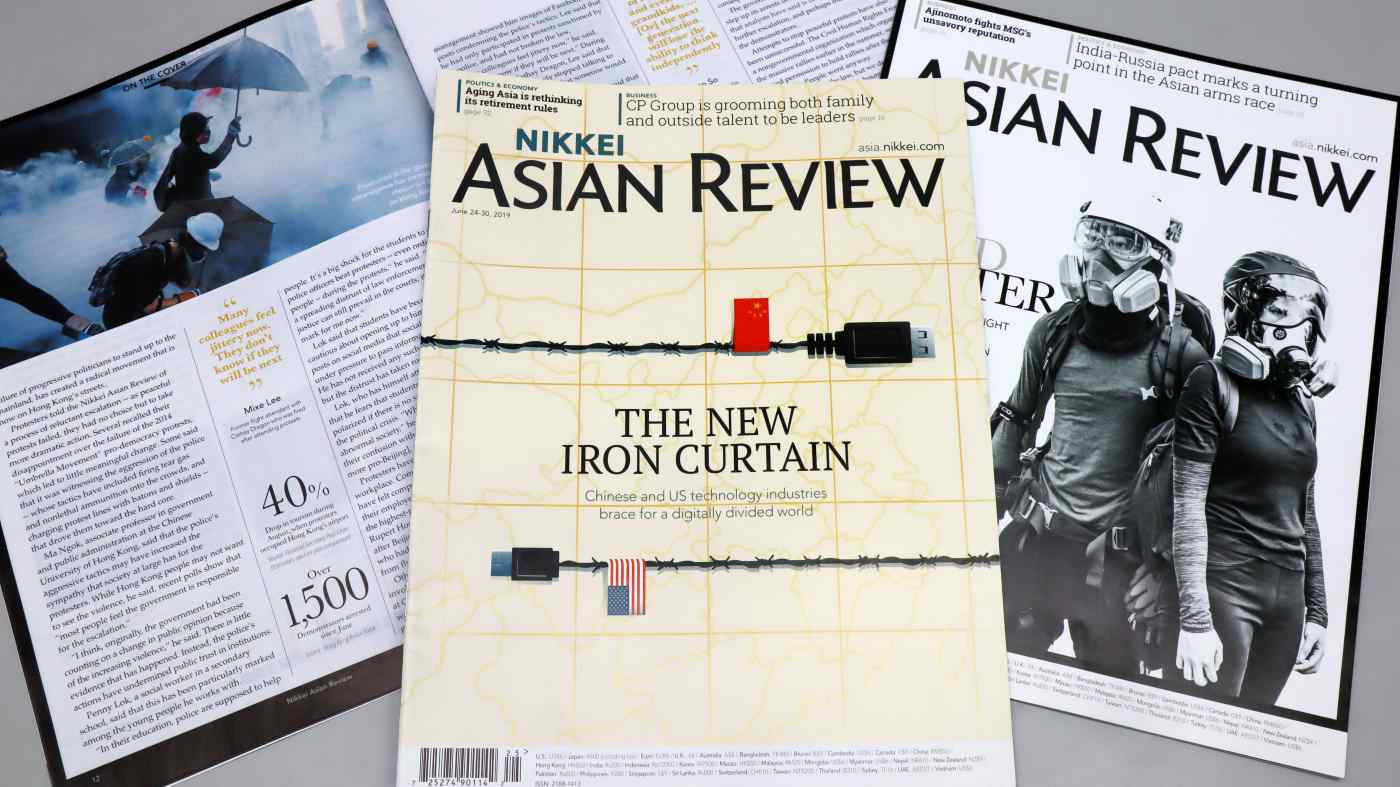 TOKYO -- The World Association of Newspapers and News Publishers on Tuesday recognized Nikkei Asian Review with three awards, including for its coverage of the Hong Kong protests.

"We are very honored to receive three Asian Media Awards. We are especially proud that our work on the Hong Kong protest movement has been recognized at a moment when its 'one country, two systems' policy is under threat," said Shigesaburo Okumura, editor-in chief of Nikkei Asian Review.

The September cover story, "Running out of options, Hong Kong protesters dig in," won the silver award for feature writing. Reported by Michelle Chan, Nikki Sun and Dean Napolitano, the piece described through interviews with Hong Kongers from all walks of life the increasing desperation of protesters as clashes with the police grew more violent.

The silver medal for magazine design was awarded to "The New Iron Curtain," a June cover story about the escalating technology war between the U.S. and China. Illustrator Eric Chow created the cover art, depicting two computer cables as barbed wire set against a battle map.

"We are also thrilled that the powerful cover design for our feature on U.S.-China decoupling has been recognized," Okumura said.

WAN-IFRA is a global trade organization of news publishers, representing more than 18,000 publications in more than 120 countries and regions. The organization recognizes excellence in journalism in the Asia Pacific and the Middle East through the Asian Media Awards each year.

"Nikkei Asian Review will continue to pursue bold journalism as part of its mission to become a must-read source for anyone doing business in Asia," Okumura said.