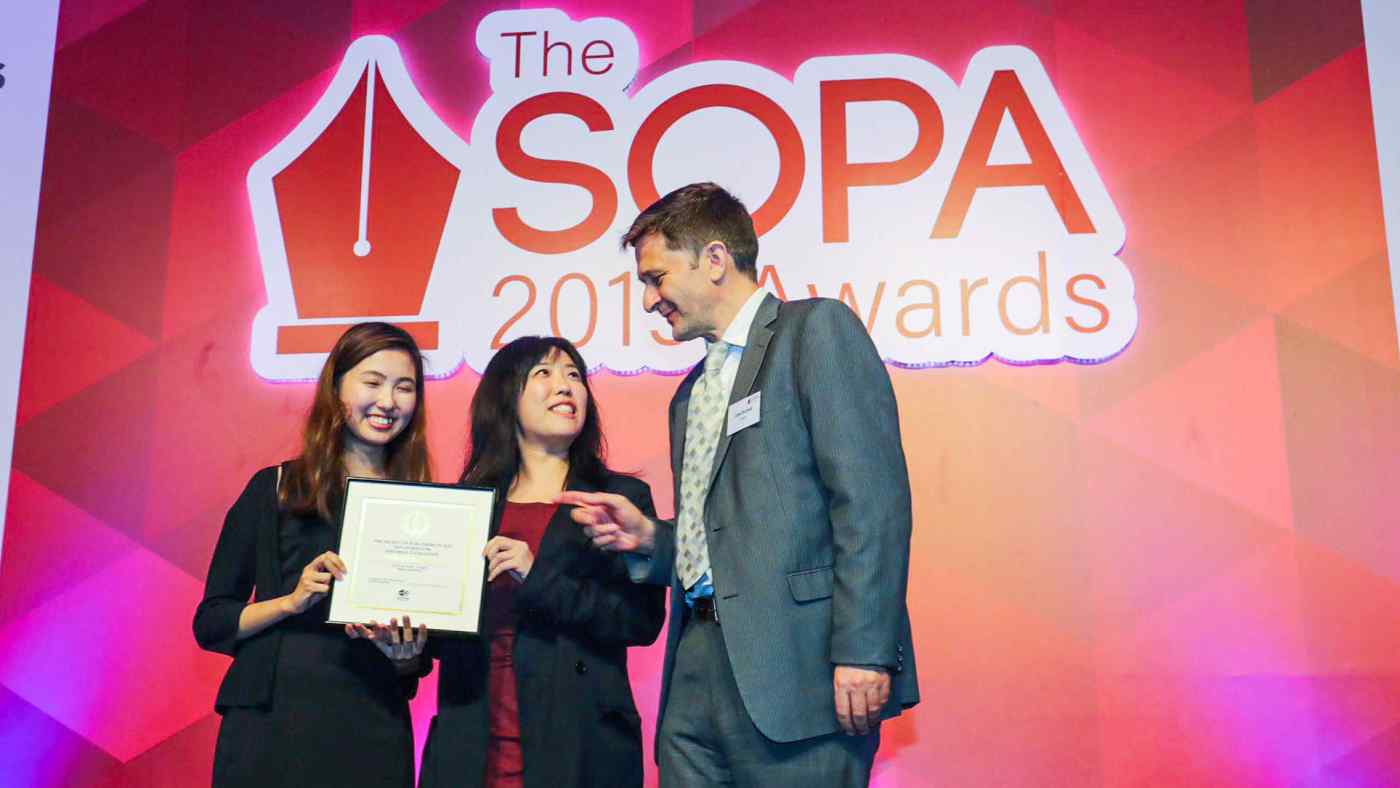 HONG KONG -- The Nikkei Asian Review on May 29 won three top prizes at the Society of Publishers in Asia Awards for Editorial Excellence, regarded as a benchmark for world-class journalism.

This is the fifth straight year the Tokyo-based business news platform has been recognized with SOPA prizes.

Of the 17 prize categories, the Nikkei Asian Review -- which publishes online news as well as a weekly print magazine -- won awards for excellence in three and honorable mention in one. This is the most excellence awards the publication has received since its launch.

In the business reporting category, a story package titled "Ambitions to dominate new industries in China 2025," won the prize for excellence. The package, by reporters including Cheng Ting-Fang, comprised three reports that looked into the industrial policy of China in the three critical industries of semiconductors, electric vehicles and biotechnology. "Deeply reported stories that combine detail, anecdotes and analysis on China's ambitious plans to become a global leader in the industries of the future," judges said.

In the explanatory reporting category, a story package, "A new view of labor in Japan" won the prize for excellence. The package, including a lead piece written by Nikkei Staff Writer Mitsuru Obe, offered detailed reporting on foreign workers in Japan and highlighted problems with the country's foreign "trainee" program. "It's insightful and gives a clear picture of an important story in Japan," judges said.

The cover package "Imagining a Unified Korea" (June 11-17, 2018) won honorable mention in magazine design for its creative illustrations accompanying a story about South Korea's renewed push for rapprochement with the communist North. The package was created by the Nikkei Asian Review design team, headed by Michael Tsang.

SOPA was founded in 1982 to represent international, regional and local media companies around Asia and encourage best practices. The SOPA awards, launched in 1999, are a benchmark for world-class journalism from Asia. They are administered by the Journalism and Media Studies Center at the University of Hong Kong. The awards are judged by panels of veteran journalists and academics.