Alibaba out to dominate mobile pay in Southeast Asia 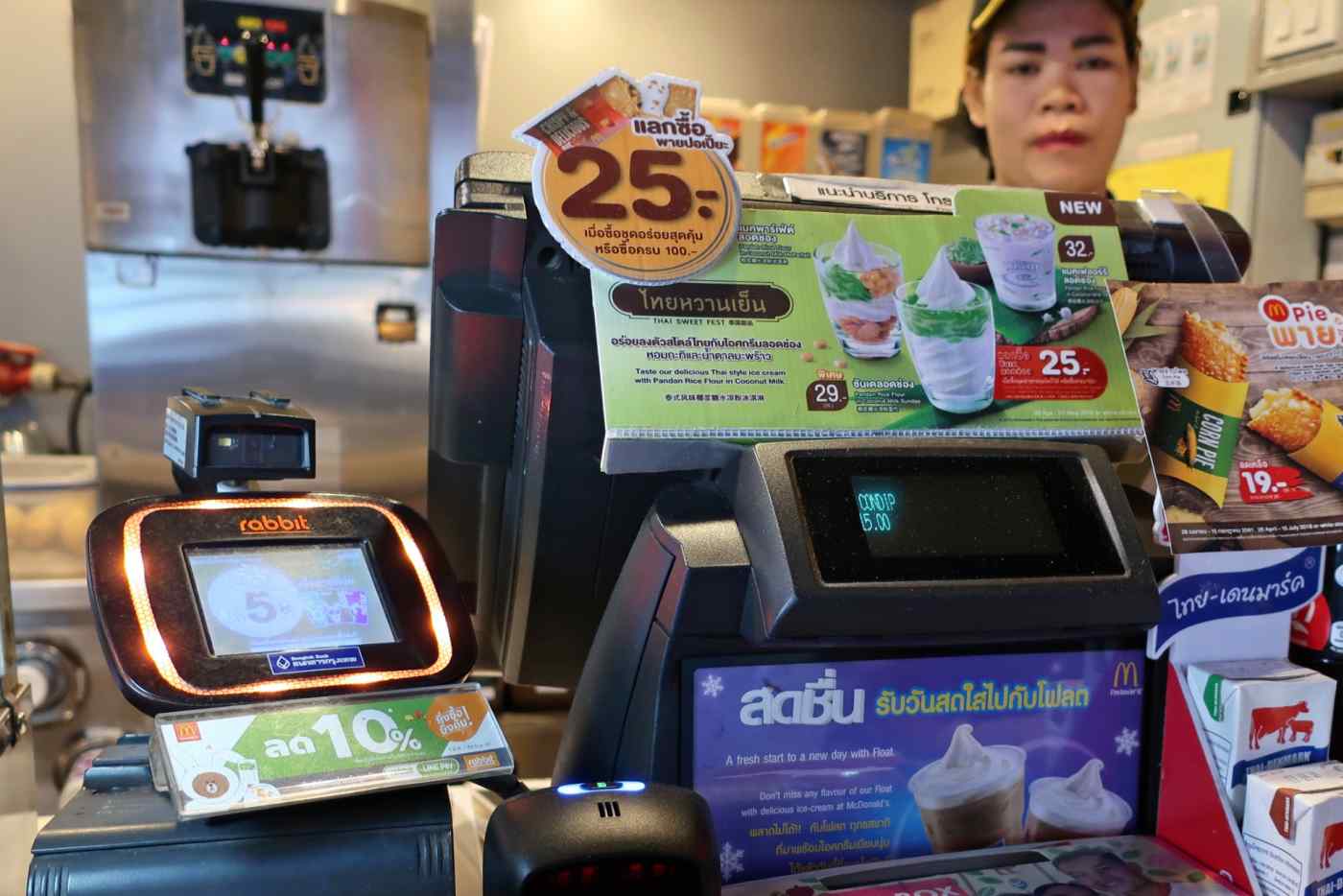 BANGKOK/SINGAPORE/SHANGHAI -- The Southeast Asian market for mobile payment services is undergoing an upheaval, with Chinese e-commerce giant Alibaba Group Holding at the center of the tumult.

The group is backing Thai conglomerate Charoen Pokphand's TrueMoney payment service, which will expand to subway trains in Bangkok by the end of this year. Passengers will be able to pay fares and shop at station kiosks by scanning a QR code on their smartphone screen.

Alibaba's Ant Financial owns about 20% of TrueMoney's operator, which aims to expand its network 10-fold from the current level to 100,000 locations by the end of this year. Users can charge their accounts at 7-Eleven convenience stores, which are operated by the Charoen Pokphand group in Thailand, or link them to a credit card or bank account.

The vast customer base of the Charoen Pokphand group -- including visitors to the more than 10,000 7-Eleven stores in the country and the 27 million subscribers of telecom company True -- is an asset for TrueMoney. The next frontier on the radar is cafes and fast-food chains, including Kentucky Fried Chicken.

With a handful of players controlling the mobile pay market, the leading mobile carrier, Advanced Info Services, decided in March to give up its own offering and join hands with Line. Thailand's third-ranked mobile carrier has also jettisoned its mobile pay service.

Alibaba has been extending its reach to other countries in the region, too. It partnered with Philippine conglomerate Ayala last year and launched mobile payments at shopping malls and supermarkets, among other places.

Mobile payments are an area of focus for telecommunications service providers as well. Singapore Telecommunications has linked its mobile pay service with Rabbit Line Pay to facilitate transactions for those who travel regularly between Thailand and Singapore.

Alibaba's core mobile payment service, Alipay, had more than 520 million users just in China at the end of 2017. The introduction of the service to Alibaba's Taobao.com shopping website -- the largest e-commerce platform in China -- propelled a shift to cashless shopping in the country, including for small eateries and shops. Ant Financial works with CIMB Group Holdings, a bank in Malaysia, as well as Indonesian conglomerate Emtek.

Alibaba first offered electronic payment to the rising ranks of Chinese tourists to Southeast Asia. Building on its experience in China, it seeks to become a major force in mobile payments in the region as well. Competition is heating up, as Shenzhen-based Tencent Holdings has set down roots in the region, too.