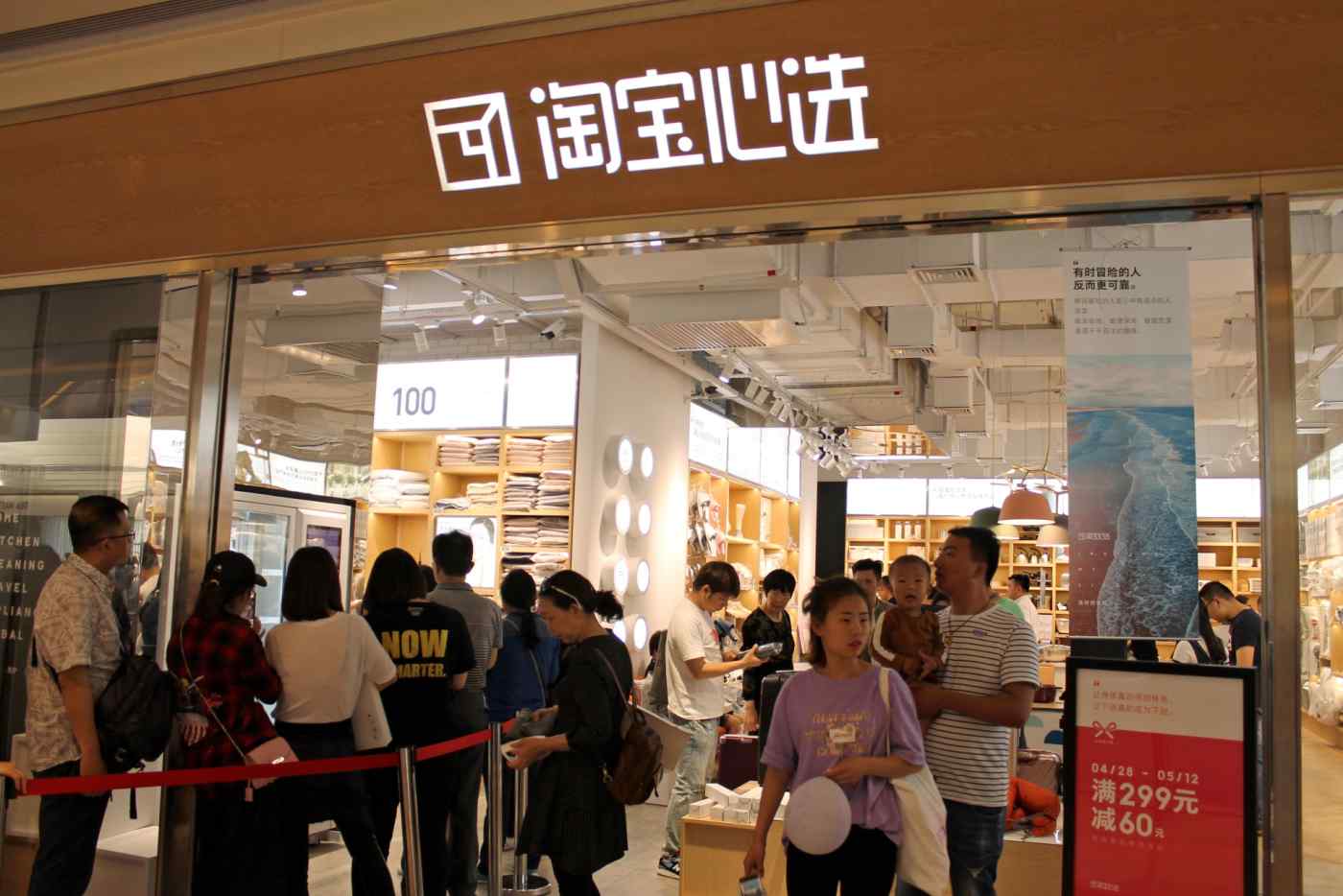 SHANGHAI/DALIAN/TOKYO -- The opening of Alibaba Group's first brick-and-mortar shopping mall at the end of April is another step in the online retailer's effort to blend its digital prowess with a footprint in the physical world, given limited growth prospects for China's e-commerce market.

The mall opened on April 28 in the eastern Chinese city of Hangzhou, next to company headquarters. The shopping center has unmanned registers that accept the group's Alipay mobile payment service and delivery services that use company's shipment network.

Alibaba will also employ its know-how in information and financial technologies to open a shop for private-label consumer goods handled by core subsidiary Taobao, an online marketplace.

Results out Friday show that Alibaba's net profit for the year ended March jumped 47% to 63.9 billion yuan ($10 billion). The number of consumers in China that shop on its sites at least once a year rose 22% to 552 million people, contributing to higher earnings.

Sales in the retail segment that combines the real and virtual worlds stood out, growing more than sixfold to 15.7 billion yuan as the company embarked on its "new retail" strategy to combine online and offline locations.

"With the continuing rollout of our new retail strategy, our e-commerce platform is developing into the leading retail infrastructure of China," said CEO Daniel Zhang.

The company's new retail plan was prompted by concern that China's e-commerce market is reaching maturity. Chinese government figures show that online sales grew just 28% last year and 25.6% in 2016, compared to over 30% through 2015. With personal consumption rising only about 10% overall, there is limited space for growth.

But it will still take time for Alibaba's physical retail business to contribute to profit. A teenage girl at the new mall welcomed the lower prices but complained that staffed registers are easier after she needed help applying her Taobao coupons at the unmanned checkout. Time will be necessary for consumers to adjust to the new model.

The retail segment has also relied on acquisitions for growth. Alibaba invested 22.4 billion Hong Kong dollars ($2.85 billion at current rates) for a major stake in Chinese hypermart operator Sun Art Retail Group last year. The company also said it will make food delivery app Ele.me a full subsidiary in April -- a deal that would value the platform at $9.5 billion.

Global rivals like Amazon.com have also sought to merge the physical and digital by acquiring supermarket chains like Whole Foods in the U.S., putting pressure on Alibaba to ensure it gets a proper return on its enormous investments.

Nikkei staff writers Daisuke Harashima in Dalian and Yoichiro Hiroi in Tokyo contributed to this story.