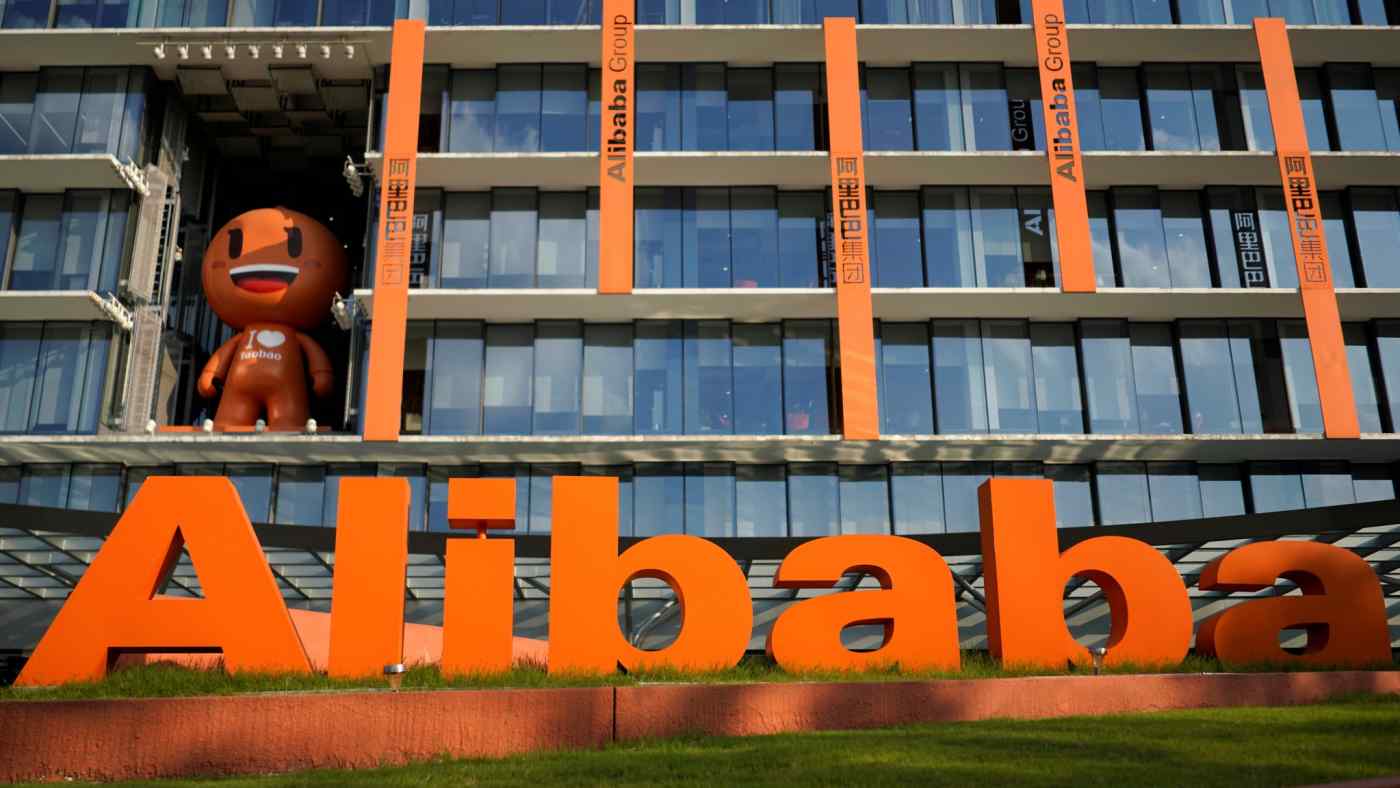 Chinese e-commerce leader Alibaba Group Holding reported a big jump in quarterly revenue on Aug. 23 and said it aims to build a global business starting in Asia, even as a new exchange of tariffs escalated the U.S.-China trade war.

The New York-listed company posted revenue of 80.92 billion yuan ($11.8 billion) for the April-June quarter, a 61% increase on the year, thanks to robust Chinese domestic demand.

Shares in Alibaba were down nearly 1% in early afternoon trading.

Alibaba's core commerce business -- focusing on retail websites Taobao and Tmall -- has played a key role in boosting the company's performance, accounting for about 86% of total revenue. As Alibaba has attracted more residents in China's smaller cities and countryside to shop online, the commerce segment reported 61% revenue growth on the year in the April-June period.

His remark came as Alibaba shares have been lackluster due to investor fears about the U.S.-China trade war. Since its record-high close of $210.70 on June 14, a broader sell-off in Chinese stocks has sent Alibaba's shares down by 15.6%, wiping out $81 billion in market value.

Though short-term success still will come mainly from the Chinese market, Alibaba told analysts that the company has accelerated its expansion overseas, particularly in countries not far from the Middle Kingdom.

"We have made substantial progress in entering emerging markets like Southeast Asia and South Asia, as those markets are ripe for us to add more customers into Alibaba's ecosystem," Tsai said. Alibaba poured another $2 billion into Singapore-based e-commerce company Lazada this year, following its investment of $1 billion in 2017. Last year, Alibaba led a $1.1 billion funding round for Indonesian online shopping platform Tokopedia.

"Globalization is our long-term strategy," CEO Daniel Zhang said. "That's why we have made big investments in Southeast Asia. So far, we have seen big progress in customer acquisition and user base growth in the new markets."

"Those are some of the areas that really excite us," Tsai said, referring to Pakistan and Bangladesh, which have populations of roughly 200 million and 160 million, respectively. "Although they grow from a very low base, we think they have very good long-term potential."

But Alibaba made clear that its expansion into neighboring countries would be a two-way street. Alibaba founder Jack Ma, the English teacher turned billionaire, visited Thailand in April, promising an investment of $352 million for the construction of a distribution hub near Bangkok.

The project fits Alibaba's strategy to expand its Electronic World Trade Platform -- infrastructure for cross-border e-commerce -- to developing countries outside China. Beneficiaries include Thai farmers, who will have better access to the Chinese market. When Alibaba tested the idea by selling Thai durians on its Tmall store, Chinese consumers snapped up 80,000 pieces of the fruit totaling 200 tons within 60 seconds.

Amid the rising trade tensions, Alibaba has expressed interest in seeking suppliers other than Americans. "If U.S. products become too expensive due to tariffs, Chinese consumers can shift to producers and importers from other parts of the world," Tsai said.

The strong performance has made Alibaba among a handful of Chinese tech leaders that did not disappoint Wall Street. Its revenue topped the 80.7 billion yuan average estimate of 28 analysts compiled by Thomson Reuters.

By contrast, Chinese social media giant Tencent Holdings saw second-quarter earnings drop for the first time since 2005, as Beijing regulators withheld approval for the group to cash in on its most successful video game. JD.com, Alibaba's chief competitor in China, reported a 31.2% increase in revenue but missed market forecasts.