Bank Mandiri bets on startups to renew itself 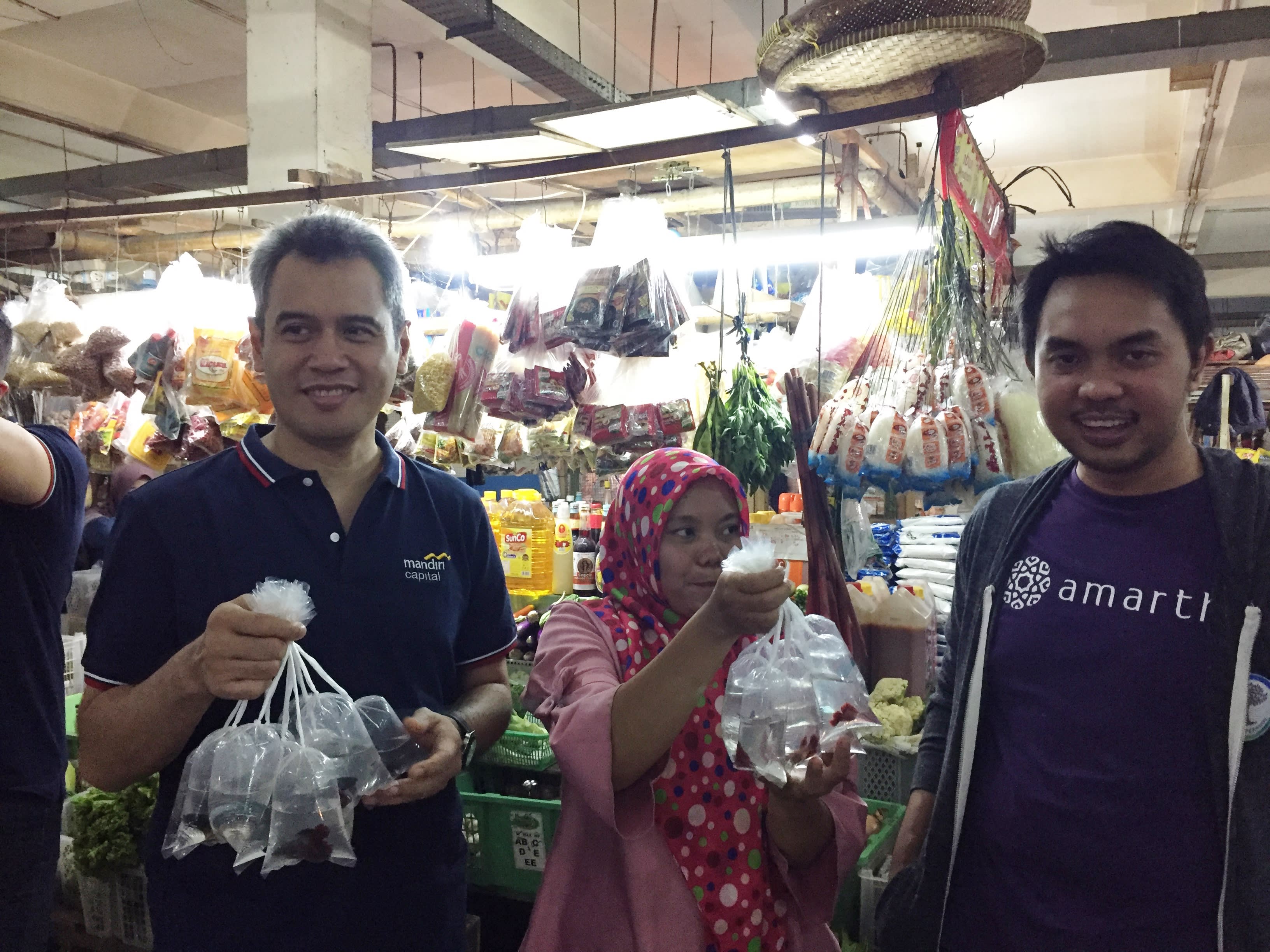 JAKARTA -- Eddi Danusaputro has an unusual task for someone working inside a government-owned bank: looking for young entrepreneurs who might disrupt its business.

As the head of Mandiri Capital Indonesia, the venture capital arm of Bank Mandiri, the country's largest bank by assets, Danusaputro and his team meet dozens of startup founders every month in search of cutting-edge financial technology. Only a handful of candidates pass the test. On Wednesday, MCI announced its seventh investment since it began operations in early 2016 -- Cashlez, which sells affordable point-of-sales systems to small businesses. The deal brought MCI's total investment to around 300 billion rupiah ($22.5 million).

Danusaputro, 48, is among a group of Mandiri insiders that is trying to overhaul the common perception surrounding state-owned enterprises -- that they are slow, inefficient and prioritize government interests instead of making rational business decisions. "I had built my career long in Singapore, in fund management," said Danusaputro, a former analyst at Morgan Stanley. "I came home to Indonesia because I want to build a startup and venture capital ecosystem. I see MCI as a good opportunity."

He is not alone. Only about half of MCI's management team are from Mandiri. The rest include former investment managers and consultants. "At first, I didn't want to move to an SOE because I knew they were slow," said one of the team. "But Mandiri was totally different." The person was particularly impressed by the fact that Mandiri's chief executive, Kartika Wirjoatmodjo, was a 43-year-old former consultant at Boston Consulting Group.

The professionalism has helped foster a culture of quick decision-making, a key requirement in the fast-moving world of startup investment. Approval for an investment "used to take six months, but now six weeks," said one employee. Investments under $1 million only need approval from the MCI board of directors, the person added.

MCI still grapples with the challenges of operating under a state-owned enterprise. As a unit of a bank, it can only invest in startups in the financial industry. Domiciled in Jakarta, it faces higher tax rates compared to many of its Singapore-based peers investing in Indonesia. Deals worth $5 million or more are subject to government approval.

The startups also need to fully comply with existing regulations, even though much of the regulatory framework for new financial technology is still being drawn up. For example, MCI's investment in Amartha, a peer-to-peer lending startup, only came after the Financial Services Authority issued a regulation on the industry in January 2017. By then, many peer-to-peer startups had already sprung up with funding from foreign venture capital.

One of the biggest blows came last year when MCI planned to invest in a payment startup in Vietnam and bring its technology to Indonesia. MCI had done due diligence and was preparing to make the deal when the regulations changed -- not in Vietnam but at home. Bank Indonesia capped foreign ownership in some electronic payment businesses at 20%. The Vietnam startup was not willing to let an Indonesian company run its proprietary technology, and the deal soon fell through.

"Regulations can be a game-changer -- or a deal-breaker," said Danusaputro.

Still, he is optimistic. He wants to invest in at least three more startups by the end of the year. MCI will also start its second incubation program, which will provide early-stage startups with mentorship and office space, in August. Danusaputro is particularly bullish about the role fintech startups can play in supporting the estimated 60 million small businesses across the archipelago. "We want to help micro, small and medium enterprises with a smoother and more stable payment system," he said.

Neither of Mandiri's two main state-owned rivals, Bank Rakyat Indonesia and Bank Negara Indonesia, operates venture capital units, although both have expressed interest in setting one up or boosting other digital capabilities. One reason for Mandiri's openness may be its relatively short history. The bank was established in 1998 from a merger of four banks that were bailed out by the government during the Asian financial crisis. Since then, it has been mostly managed by professionals. Assets have nearly quadrupled over the past decade to 1,038 trillion rupiah ($77.9 billion) at the end of 2016.

But the drive towards fintech has a sense of urgency. Mandiri's earnings have been the worst-performing among the three major state-owned banks due to a rise in non-performing loans. For the struggling lender, fintech goes hand-in-hand with cost efficiency. It has stopped adding new ATMs and has shifted to ramping up mobile payment services. "In the next five years, we envision that people will not go visit banks but bank everywhere and anywhere they want to," said Rico Usthavia Frans, director of digital banking and technology.

Mandiri's efforts will be a barometer of Indonesian President Joko Widodo's pledge to reform state-owned enterprises and make them more competitive in the global arena. While Mandiri and its two listed state-owned banks are profitable, almost all of their business is inside the country. Mandiri wants to expand operations in Southeast Asia and recently announced plans to invest 300 million ringgit ($70 million) to upgrade a remittance office in Kuala Lumpur to a full branch.

Analysts have so far paid little attention to MCI. Mandiri's shares have gained 16% since the end of last year but underperformed its two state-owned peers, reflecting its weaker earnings. Producing returns on investment or synergy with Mandiri's core business -- MCI's two main objectives -- may inject fresh hope for investors.