Bike-sharing merger floated in China has riders in a huff

Investor eyes monopoly profits, but the industry may be headed for a crash The two startups, Mobike and Ofo, are the only big players in the industry, with a combined market share of 95%. In the year since bike sharing services were introduced in China, the market has both exploded and been virtually conquered by the two companies.

The idea of bringing the two competitors under a single corporate roof was floated by Zhu Xiaohu, a well-known Chinese investor and member of Ofo's board. Zhu, managing director of investment company GSR Ventures Management and a major Ofo shareholder, recently said, "It is only when the two companies merge that they can turn profitable."

Zhu's comments should come as no surprise to anyone familiar with his track record. He shows a strong preference for monopolistic companies and had made the suggestion for a grand merger in the bike-sharing business last year. When his company raised its stake in Ofo in September 2016, Zhu said the bike-sharing war would end in three months.

Didi Chuxing is a case in point. It holds an effective monopoly in ride hailing in China, thanks to the 2015 merger of rival companies backed by two Chinese internet behemoths, Tencent Holdings and Alibaba Group Holding.

At the end of August, Ele.me acquired a food delivery business from Baidu to create a duopoly in the market, where it is battling a Tencent-backed startup. 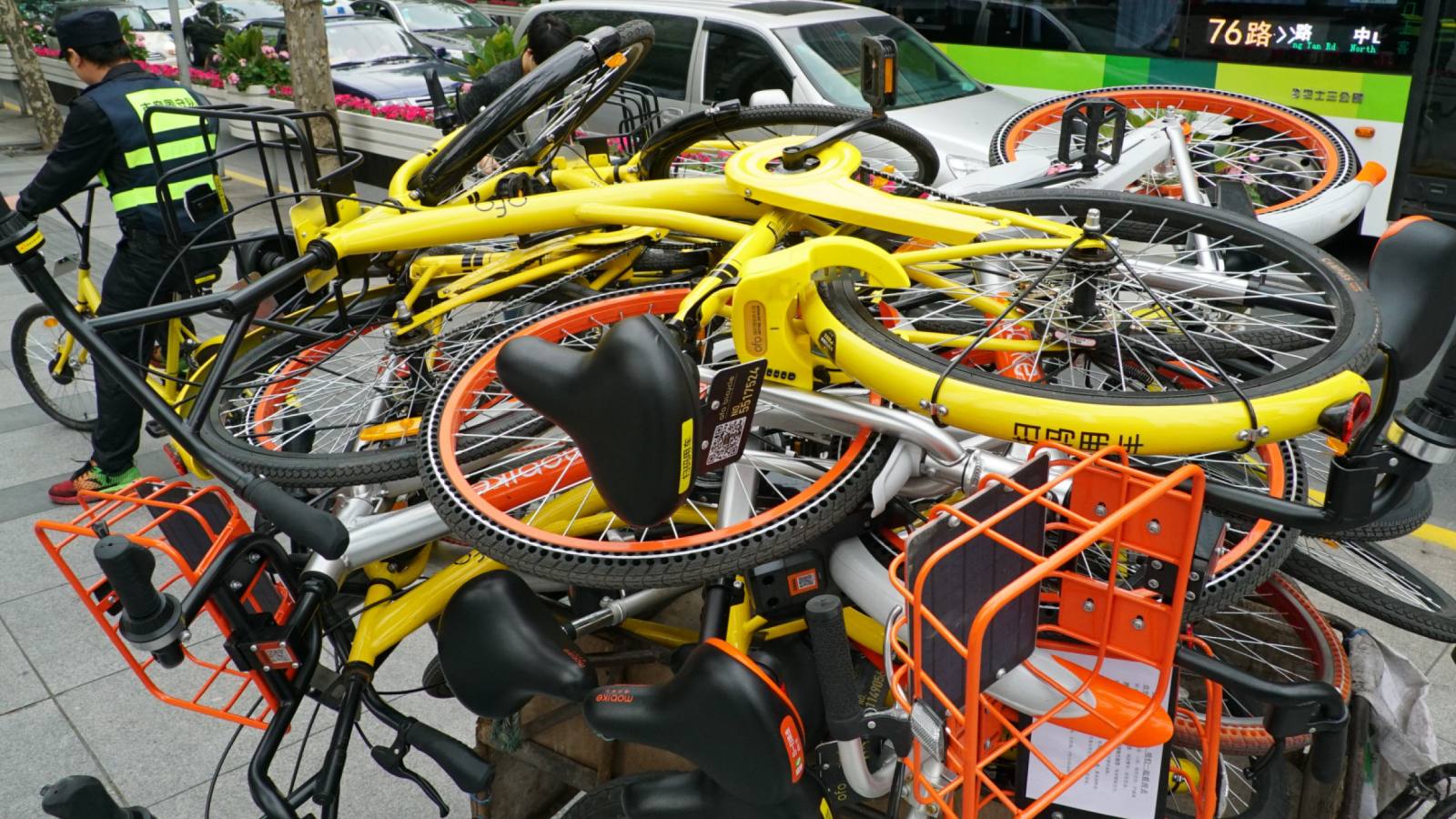 Given these past gambits, Zhu's comment about a possible merger of Ofo and Mobike has prompted speculation in the Chinese media that the combination is a matter of time.

Mobike's leading shareholders include Tencent, while Alibaba has a major stake in Ofo. The rivalry between the two bike-sharing operators is the latest front in the proxy war between the internet powerhouses.

Mobike and Ofo have been locked in a bitter struggle for supremacy over the past year. Tencent and Alibaba have pumped in cash, allowing the rivals to buy enormous fleets of bicycles, both in China and overseas. That has created a glut of shared bikes in many Chinese cities where the two companies operate, stripping away their profit margins.

Zhu appears to be trying to create a favorable environment for a merger using his business clout. But his remarks alarm many Chinese consumers, who remember how the merger that created Didi drove prices up by as much as 50% in some places. A man in his 40s in Guangdong Province voiced  concerns about Zhu's remarks, saying a merger would inevitably lead to poorer service.

Although private monopolies are banned by law in China, the government has a history of waving through mergers and acquisitions that allow one or a few companies to dominate markets. Beijing's attitude in this instance will shape the country's bike-sharing market, which took off in the past year, luring some 50 companies into the business.

Users are charged 0.5 yuan ($8 cents) per half-hour. The convenience of bike-sharing has attracted 100 million customers in China as the operators have deployed more than 16 million bicycles in cities across the nation.

Cutthroat competition has left many large cities choking on shared bikes, prompting Beijing, Shanghai, Guangzhou and Shenzhen to ban further purchases. Many operators are in dire financial straits. Some have refused to return deposits collected from new users, angering customers.