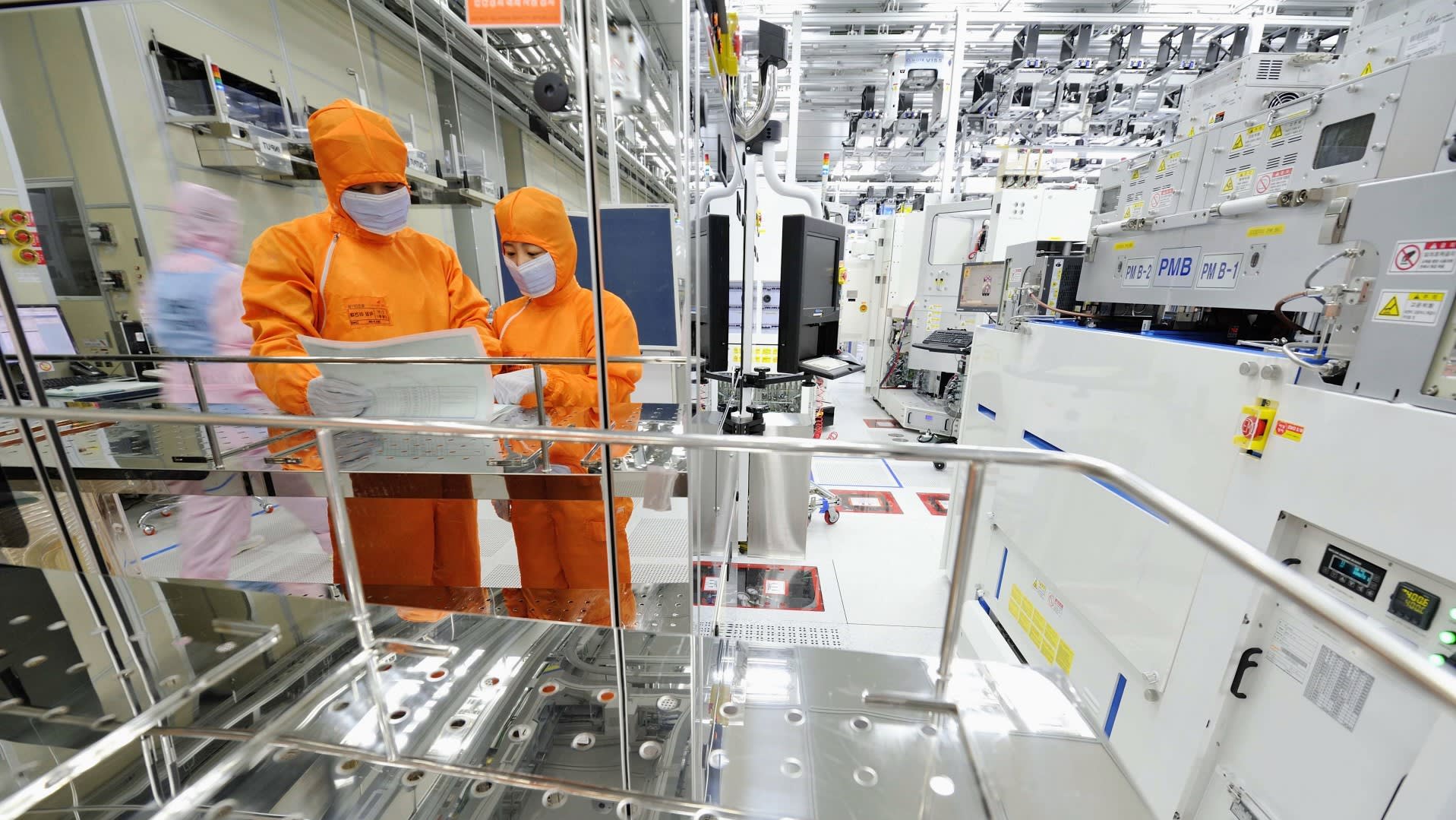 Operating profit came to 4.36 trillion won ($4.04 billion), a record for the three-month period.

The company expects the market for server chips to remain robust for another two to three years.

Sales jumped 39% to 8.72 trillion won on brisk sales of DRAM chips, in which SK Hynix ranks second worldwide. Unit prices for these chips rose 9% from the previous quarter through December, while prices for NAND flash memory fell 1%.

The memory market will be led by chips for servers, even though growth has stalled for smartphone chips, a senior SK Hynix official told the earnings briefing on Tuesday.

The company also said it expects the correction in the NAND market to be limited. It aims to boost competitiveness by shifting more of its focus to 72-layer 3-D NAND chips.

The chipmaker's operating margin hit 50% for the first time in the January-March quarter. It is having little trouble raising prices amid strong demand for DRAM chips and tight supply.

SK Hynix anticipates that shipments for use in servers will exceed those for smartphones on a storage capacity basis in 2019.