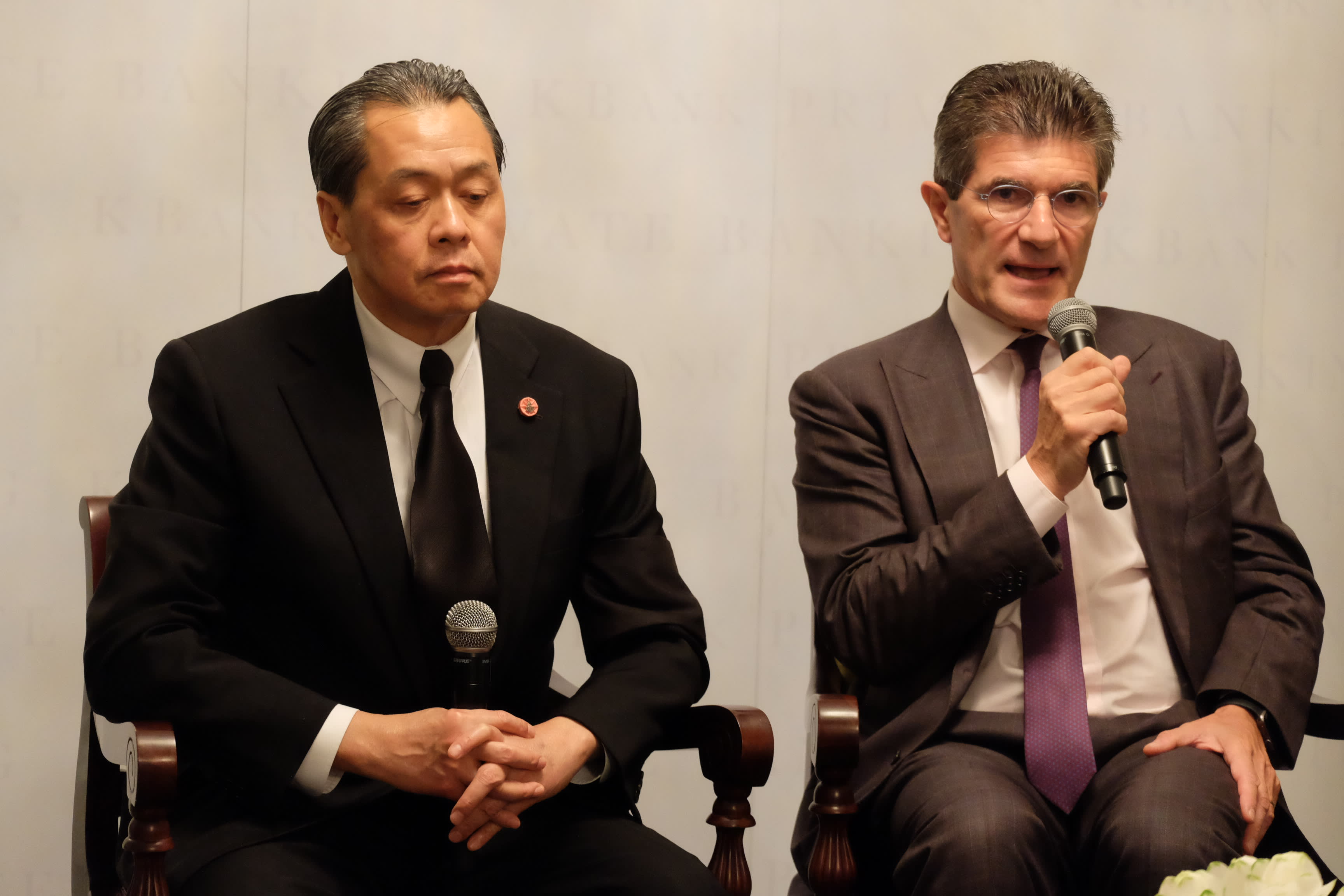 BANGKOK -- Swiss private banker Lombard Odier is tapping into emerging Asia, where much of the world's asset growth is happening, according to Chairman Patrick Odier.

The region is becoming "more and more important" for Lombard in terms of both client base and investment portfolio, Odier said during a recent group interview.

Of the $240 billion to $250 billion of assets that Lombard manages, a third comes from residents of Switzerland and another third from clients in the rest of Europe. The remaining third comes from "new markets," where Asia accounts for a large and growing portion, Odier said.

Asia presents immense opportunities, given the vast number of family-run businesses in the region. As much as 70% of Asian businesses are family-owned, and many are facing challenging succession issues.

As such, wealth management is becoming crucial to the founding families.

In the past, Lombard's Asian operations had been more focused on the region's developed markets such as Japan, Hong Kong and Singapore. But now, there is an increasing interest in developing economies, where private banking is still a new idea.

"We see a growing need for professional private banking services due to the very entrepreneurial nature of the clientele that we are looking at and the family structure of the businesses," Odier said.

In 2014, it signed a strategic partnership with Kasikornbank, Thailand's fourth largest lender by assets. A similar agreement with UnionBank, the seventh largest in the Philippines, followed in 2016.

These partnerships will give Lombard access to Thai and Filipino clients and boost the bank's brand awareness among high-net-worth individuals in the two countries. "We are not going to develop thousands of partnerships, we are looking at select countries, including in Southeast Asia," Odier said.

During his recent visit to Thailand, Odier hosted a seminar to meet clients of Kasikornbank's private banking unit. He introduced his bank and its 221-year history by noting prominent figures it has had as clients -- including Napoleon Bonaparte -- and projects that it has financed -- like St. Petersburg's tram network, once the largest in the world.

"It's not because we are old that we are good but probably because we [have gone] through so many cycles and crises that we are able to bring lessons to our clients," he said. "We are ... a very specialized wealth manager and private banker."

Kasikornbank and UnionBank can leverage Lombard's rich experience in wealth management. "The private banking business in Thailand and Asia generally lags behind the Western world, [where it has a] long history," said Banthoon Lamsam, chairman of Kasikornbank, who joined the group interview.

Kasikornbank, for example, launched a new mutual fund that diversifies risks based on a Lombard principle. In addition, Kasikornbank's 50 or so private bankers attend training sessions at Lombard's Swiss headquarters.

Odier is one of the trainers, Jirawat Supornpaibul, head of Kasikornbank's private banking business, told clients at the seminar.

"Even though our private bankers who serve you may not be blond, they are talented bankers who received direct training from Lombard," Jirawat said.

Kasikornbank accounts for more than 40% of Thailand's private banking market, serving 10,300 clients as of the end of June, up 5% from a year earlier. The unit manages 760 billion baht ($22.83 billion).

"We are developing equity portfolios that are integrating these Southeast Asian countries very actively now, at a fast pace," Odier said. "We are looking into newer and more conviction-oriented strategies."

These strategies rest on confident asset managers who do not shy away from risk if they get a glimpse of high returns.

Early last year, the bank made a particularly strong call on emerging market equities, Odier said, that turned out to be the "right call."

He continued, "After five years of strong pressure on [these equities], both from currency and economy points of view, there were a lot of values to be expected from that point and that has proven to be true."

Odier said that while expectations for a global rebound rise, his bank is paying particular attention to commodity prices, which have a large influence on emerging markets.