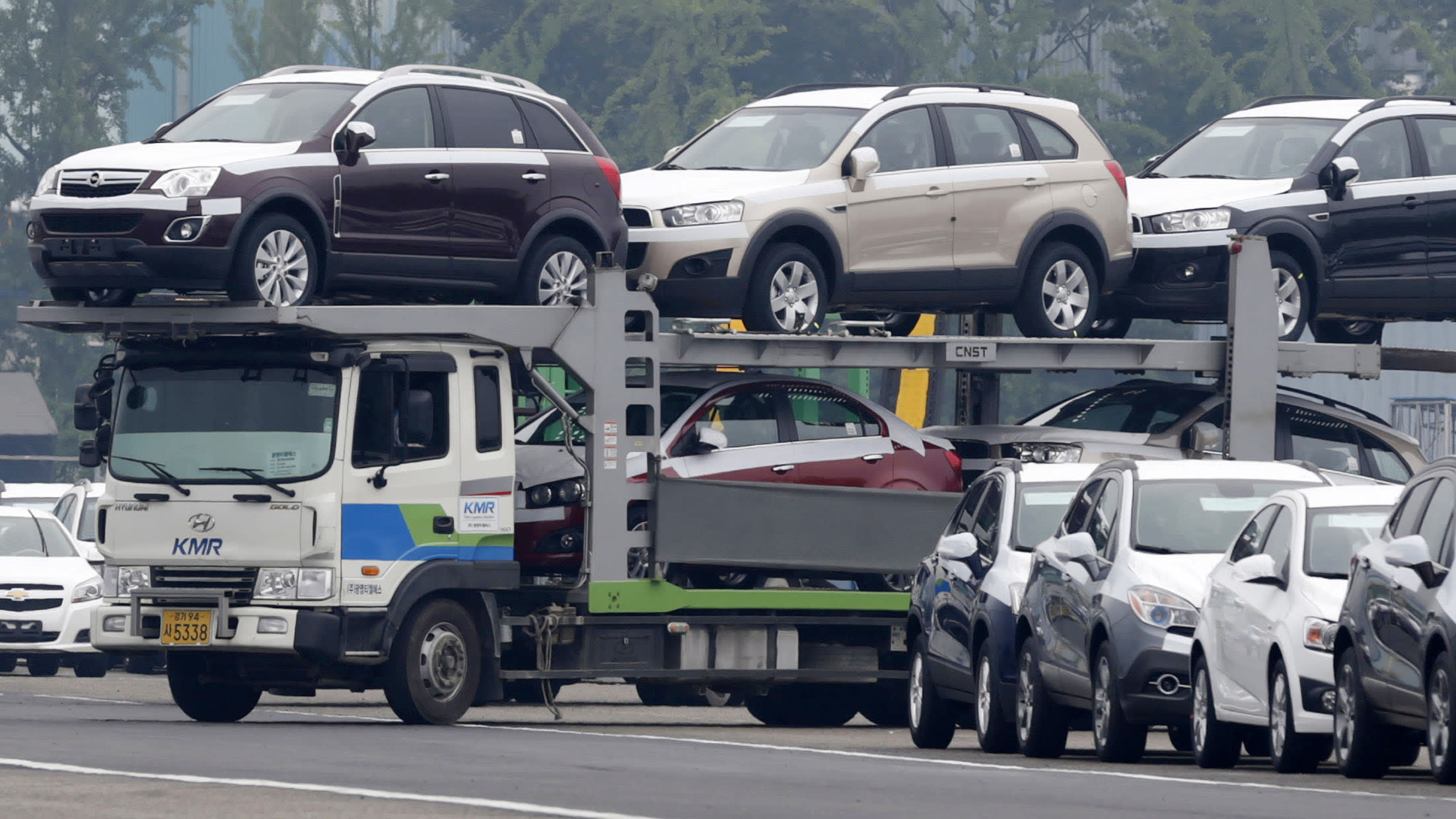 SEOUL -- GM Korea's announcement this week that it will shut its Gunsan plant in May has upset the Moon Jae-in government, which has made job creation its top economic policy. The timing was also bad for the liberal administration, which is eager to win provincial elections scheduled for June.

The Finance Ministry said that it will conduct due diligence on the company through state-run Korea Development Bank, which owns a 17% stake in the automaker, seeking to find ways to reverse the decision, which threatens up to 12,000 jobs at the company and its suppliers.

"We think this is a serious problem because the auto industry has huge influence on the regional economy," said a government official, asking not to be named. "As the company is threatening to kill tens of thousands of jobs, we cannot help but approach this matter carefully."

Moon has promised to create more jobs, particularly for young people, but with no visible results for the nine months since his inauguration in May last year. The unemployment rate for those aged 15 to 29 reached 8.7% in January, up from 8.6% a year ago.

But reaction to GM's move was different across the Pacific. U.S. President Donald Trump welcomed the automaker's decision, saying the company would move the operation to the U.S.

"GM Korea company announced that it will cease production and close its Gunsan plant in May of 2018, and they're going to move back to Detroit," said Trump in his meeting with members of Congress and the Cabinet, according to a transcript released by the White House. "That is a really significant statement. Many others to follow from many other countries."

GM's restructuring plan comes as South Korea's auto exports are weakening. Auto exports, including those from GM Korea and Ssangyong Motor --owned by Indian conglomerate Mahindra & Mahindra -- plunged 40.1% to 179,000 in December from a year ago, according to the Trade Ministry.

Ssangyong in particular has reported sharply lower exports, which fell 25.7% to 2,530 vehicles in January year-on-year, hit by poor sales of its key SUV Tivoli in the Middle East and Europe. GM's exports dropped 3.1% to 34,500 units during the same period.

The local brands of Hyundai Motor and Kia Motors are also faring poorly. Hyundai said that its overseas sales fell 8.2% to 3.8 million units in 2017 from the previous year, while those of Kia dropped 9% to 2.2 million during the same period.

The two companies attributed this to Chinese consumers' negative sentiments towards their products due to political tensions between Seoul and Beijing over deployment of a U.S. missile defense system in Seongju last year.

GM has also threatened to completely pull out of the South Korean market if the government does not invest significantly in the company. GM said that it has proposed to the government a plan to stay in the country.

"As we are at a critical juncture of needing to make product allocation decisions, the ongoing discussions must demonstrate significant progress by the end of February, when GM will make important decisions on next steps," said Barry Engle, GM executive vice president and president of GM International, in a statement.

If GM completely pulls out of the South Korean market without selling the unit, that will be the final death of Daewoo Motors, which was sold to the U.S. automaker in 2002 in the aftermath of the 1997-98 Asian financial crisis. Daewoo Motors, established in 1983, was a key unit of the now-defunct Daewoo Group, which collapsed in 1999 due to aggressive overseas expansion and heavy borrowing, led by its founder Kim Woo-choong.

Daewoo was a typical example of the country's family-run conglomerates, or chaebol, and boosted its business through cozy relations with the government. But it could not withstand the financial crisis due to its high loan-to-equity ratio, which reached over 400%.

The chaebols' track record of corruption, however, has continued for the two decades since the crisis. Lotte Holdings chairman Shin Dong-bin was sentenced to 30 months in prison on Tuesday for making a bribe of 7 billion won ($6.5 million) in 2016 to Choi Soon-sil, a longtime friend of then-President Park Geun-hye. The Seoul Central District Court ruled that the bribe helped the retail conglomerate to win a license from the government to run a duty-free shop in Lotte World Tower in southern Seoul.