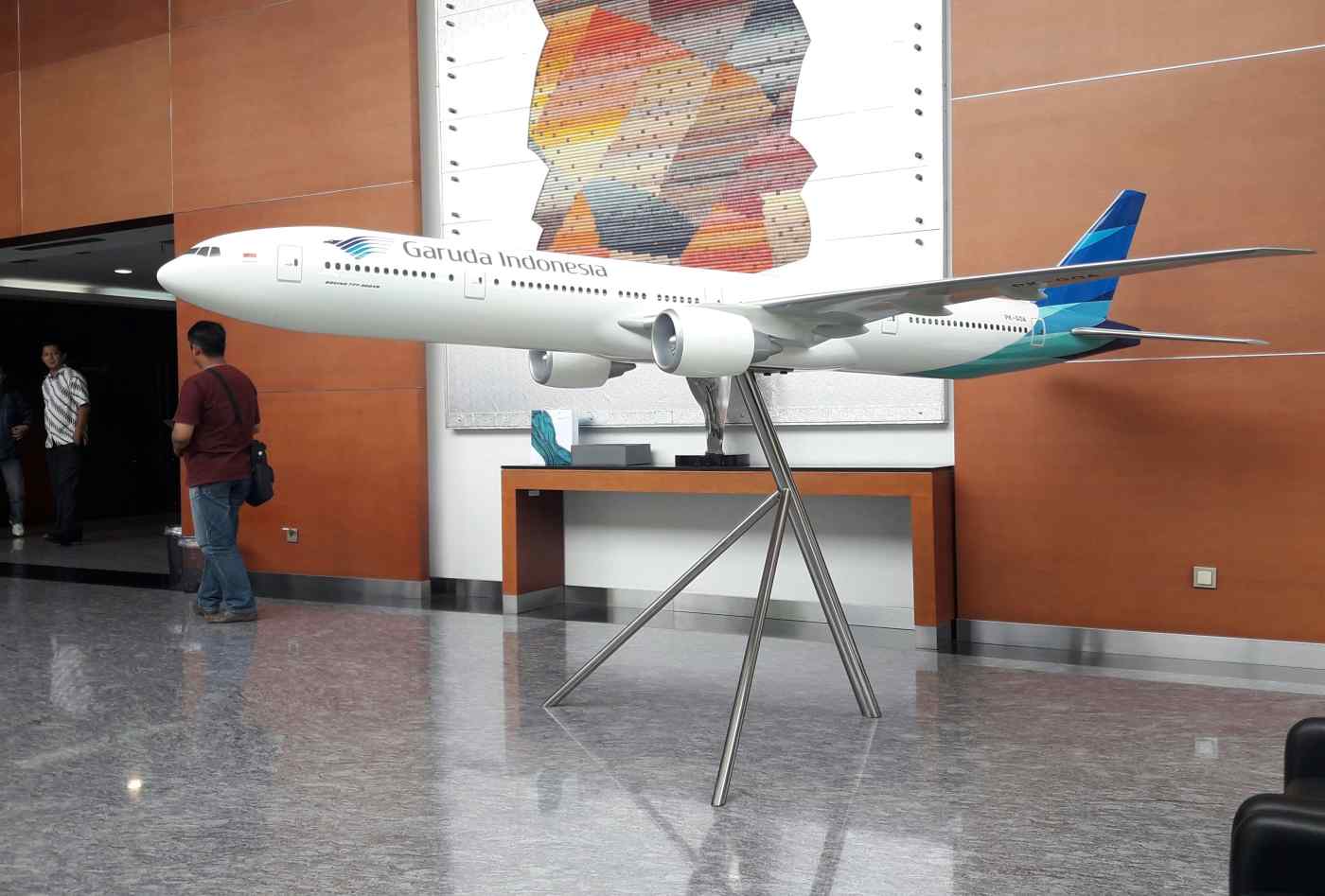 Garuda posted $8.1 million in net income in 2016, from $76.5 million the year before. Wibowo said the decline was "manageable," and attributed it in part to the company's increased flights on existing routes and the opening of new ones. Garuda last year started connecting Indonesia's resort island, Bali, with a few Chinese cities, and commenced flights to Mumbai.

Its available seat kilometers -- a measure of passenger-carrying capacity -- last year was up by 13%. Wibowo said he expects a similar increase this year.

To achieve this, Garuda will increase its service to less-connected, underdeveloped eastern Indonesia regions. For international destinations, China will remain a focus, though Garuda is also working on flying to the U.S. and Russia.

Profit was also dragged down by declining passenger yields -- measure of average fare paid per mile -- which dropped from 9.6 U.S. cents in 2012 to 6.2 U.S. cents in 2016 industrywide in Asia Pacific.

Garuda's low-cost subsidiary, Citilink, was especially hit hard by declining yields. It posted a net loss of $9.7 million last year from a $3.5 million profit it made in 2015, despite an 18% growth in passengers to 11 million.

Garuda saw its passenger numbers grow just 1.4% in the same period. The group's market share in the country shrank slightly from 43.5% to 41.7% for domestic flights, and from 27.1% to 26.9% for international ones.

"It's very tough competition in the aviation industry over the past five years. Passenger traffic has increased, but there has been tremendous pressure on yields," Wibowo said.

He added that the state-owned company is approaching the government to increase lower tariff limits for airlines operating in Indonesia, citing increasing fuel prices, to prevent a price war.

GMF AeroAsia, which offers maintenance services for aircraft, was the best-performing subsidiary last year with a 60% profit increase to $57.7 million. Wibowo said the consistently good performance makes GMF a candidate for an initial public offering. Garuda is mulling the sale of 20% of GMF share to the public, which may happen this year.

The airline is also pushing the growth of its cargo business after the establishment of a special division for cargo last year. Director of Cargo Sigit Muhartono said he would focus on expanding e-commerce delivery for the higher yields. Garuda delivered 416 tons of cargo last year, an 18% increase year-on-year.