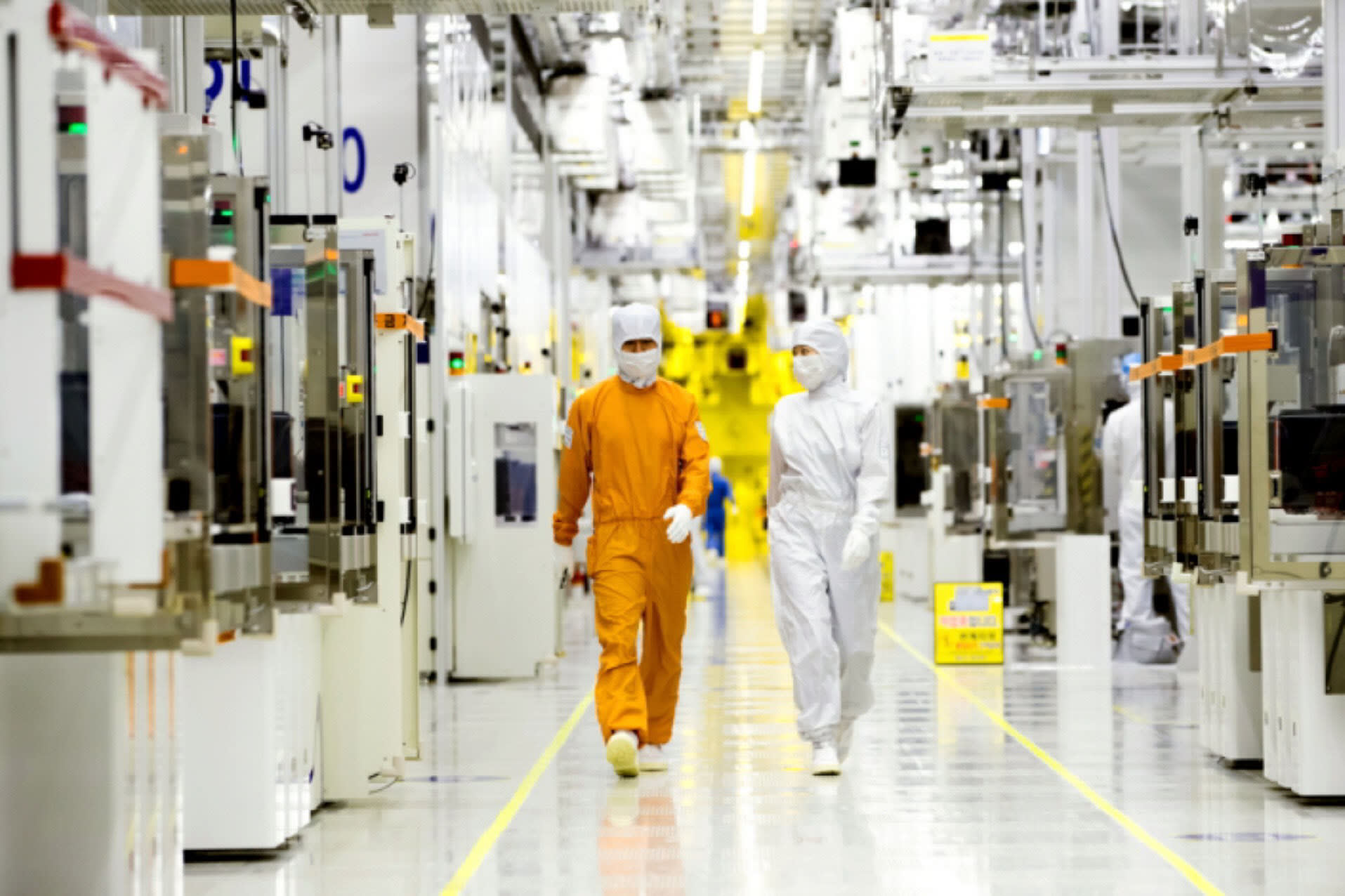 The South Korean electronics conglomerate on Wednesday announced a hefty 53.65 trillion won ($50.2 billion) in consolidated operating profit for 2017 -- 83% more than in 2016 -- topping its previous record for the first time in four years. The semiconductor segment, which makes products including memory for servers and smartphones, accounted for roughly two-thirds of that total.

Chief Financial Officer Roh Hee-chan said Samsung became a leader by responding to rapid developments in the information technology sector. But others involved with the company are less full-throated in their praise. Concerns about Samsung's dependence on semiconductors have deepened, one source said. Employees view the company's various divisions almost as separate companies, and those outside the semiconductor segment see little cause for celebration.

Samsung is approaching a watershed moment. The heads of its three main businesses -- semiconductors, smartphones and appliances -- were all replaced in October, and the new leaders will join the board of directors in March. This will mark a fresh start for the company under a leadership team effectively hand-picked for the first time by Vice Chairman Lee Jae-yong, currently imprisoned for corruption.

The new team will face challenges from the outset, including making semiconductor operations resilient to a potential market downturn and helping smartphones and appliances compete against low-cost offerings from Chinese rivals.

Samsung, LG lead the pack in US home appliance market

Samsung is set to introduce sometime this year extreme ultraviolet, or EUV, lithography technology, a cutting-edge way to etch ever-smaller circuits into computer chips. The company is purchasing EUV lithography tools from ASML of the Netherlands, with the intent of becoming the first in the world to commercialize the highly efficient production technology, according to Samsung.

The semiconductor market will keep growing in 2018, if at a slower pace than in 2017, predicts South Korea's SK Securities. Many expect demand for DRAM memory chips will remain strong this year. Profit margins on DRAM products can top 60%.

Reinvigorating smartphone and appliance operations will be more challenging. Samsung's flagship Galaxy smartphone line is thought to have sold about 40 million units in 2017, around 10 million fewer than the market predicted initially. As was the case with rival Apple's top-of-the-line smartphone, consumers found the handsets' relative lack of innovative features out of keeping with their high price. 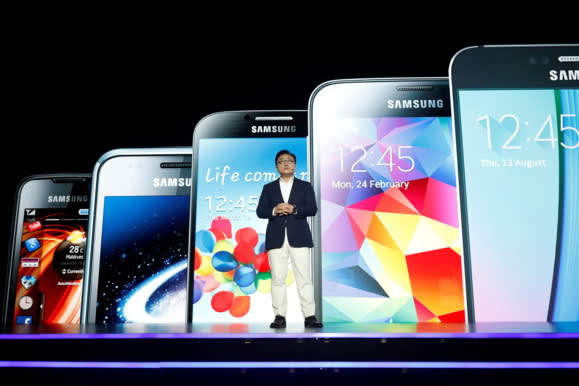 Koh Dong-jin, head of Samsung's smartphone segment, gives a speech during a launching ceremony for the Galaxy Note 8 in Seoul on Sept. 12.   © Reuters

Koh Dong-jin, president in charge of smartphones, said last fall that Samsung was looking into debuting in 2018 phones with foldable organic light-emitting diode screens. Launching these next-generation devices, which offer the functionality of large-screen tablets in a relatively compact smartphone body, would certainly draw attention. But there are reports that Samsung is struggling to make the phones as durable as they would need to be, and it is difficult to predict whether they will indeed hit the market this year.

Television operations are already grappling with a change in strategy. Samsung has abandoned the OLED TVs many of its rivals are pursuing in favor of liquid crystal displays that use quantum dot technology to offer more vivid and realistic color. But the OLED TV market is growing despite the company's best efforts, and some have called Samsung's move a strategic misstep.

Focusing intensely on operations such as DRAM has certainly served Samsung well up to now, if the record operating profit figure is any indication. The company now aims to burnish its image as a technological innovator and build brand power on par with Apple's -- hence Samsung's "obsession with home-grown technologies" such as quantum dot TVs and foldable-display phones, as one source close to the company put it. Samsung's new leadership will determine whether this change of direction succeeds.