Beijing regulators yet to sign off on Cosco's buyout deal 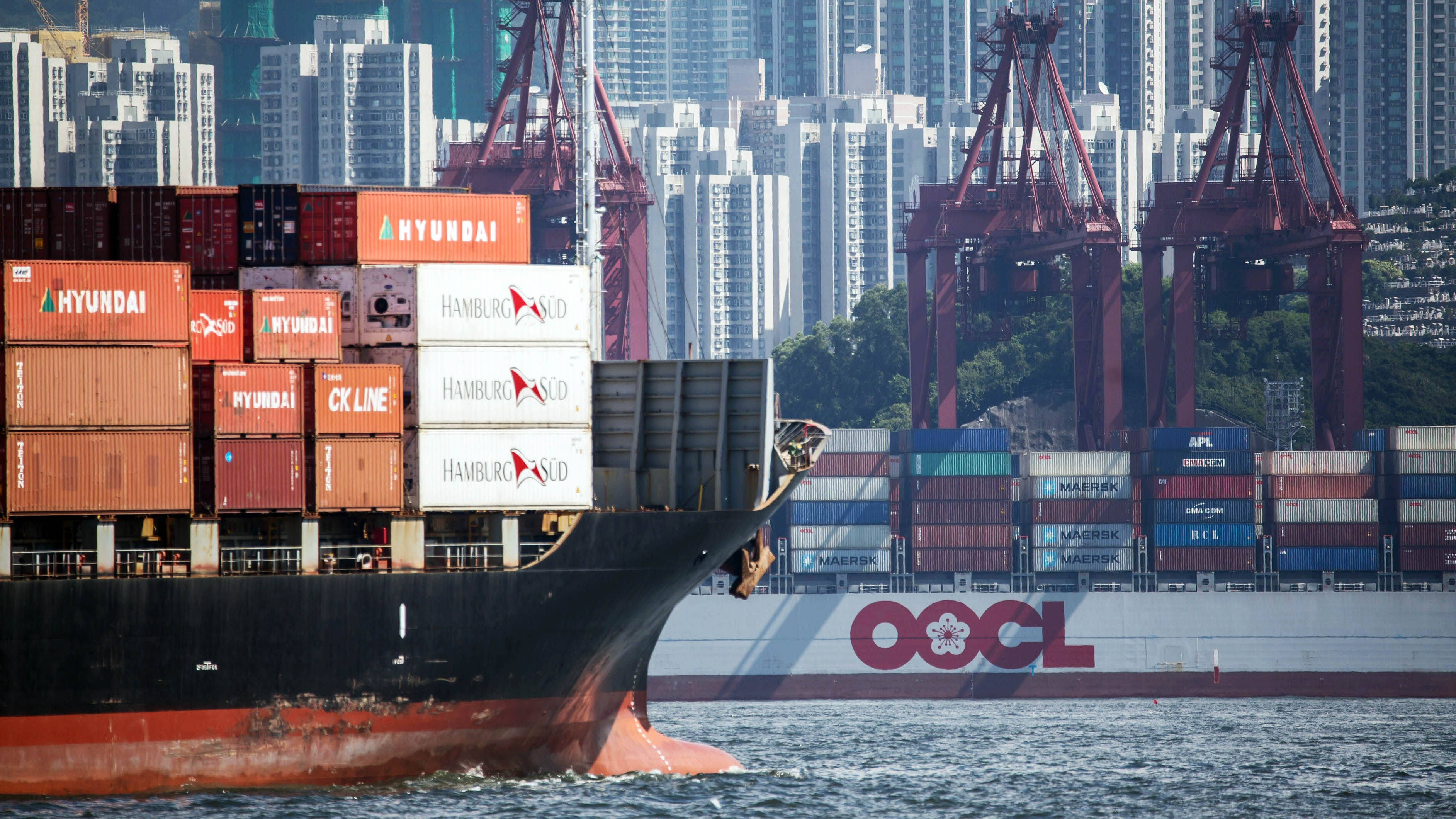 HONG KONG -- Orient Overseas (International) Ltd, the Hong Kong-based shipping company that is awaiting approval for a takeover by Chinese state-owned Cosco Shipping Holdings, is upbeat on the trade recovery, but concerned about the potential trade war springing from the latest protectionist moves by U.S. President Donald Trump.

In response to a question about the potential impact of Trump's plan to introduce tariffs on imports to the U.S. of steel and aluminum -- an apparent attack on Chinese exporters -- OOIL Chief Financial Officer Alan Tung Lieh-sing said: "We will have to watch closely the next steps taken by different countries." He was speaking at a press conference as the company released financial results for the year ending December 2017.

"Generally, [steel and aluminum] mostly affects bulk carriers, while impacting container ships less, because container ships mainly carry finished and semi-finished products, sometimes machinery," Tung told journalists. However, "it is still uncertain whether there will be further announcements to be made by different countries."

"It is obvious that protectionism is negative to the shipping industry," Tung noted. 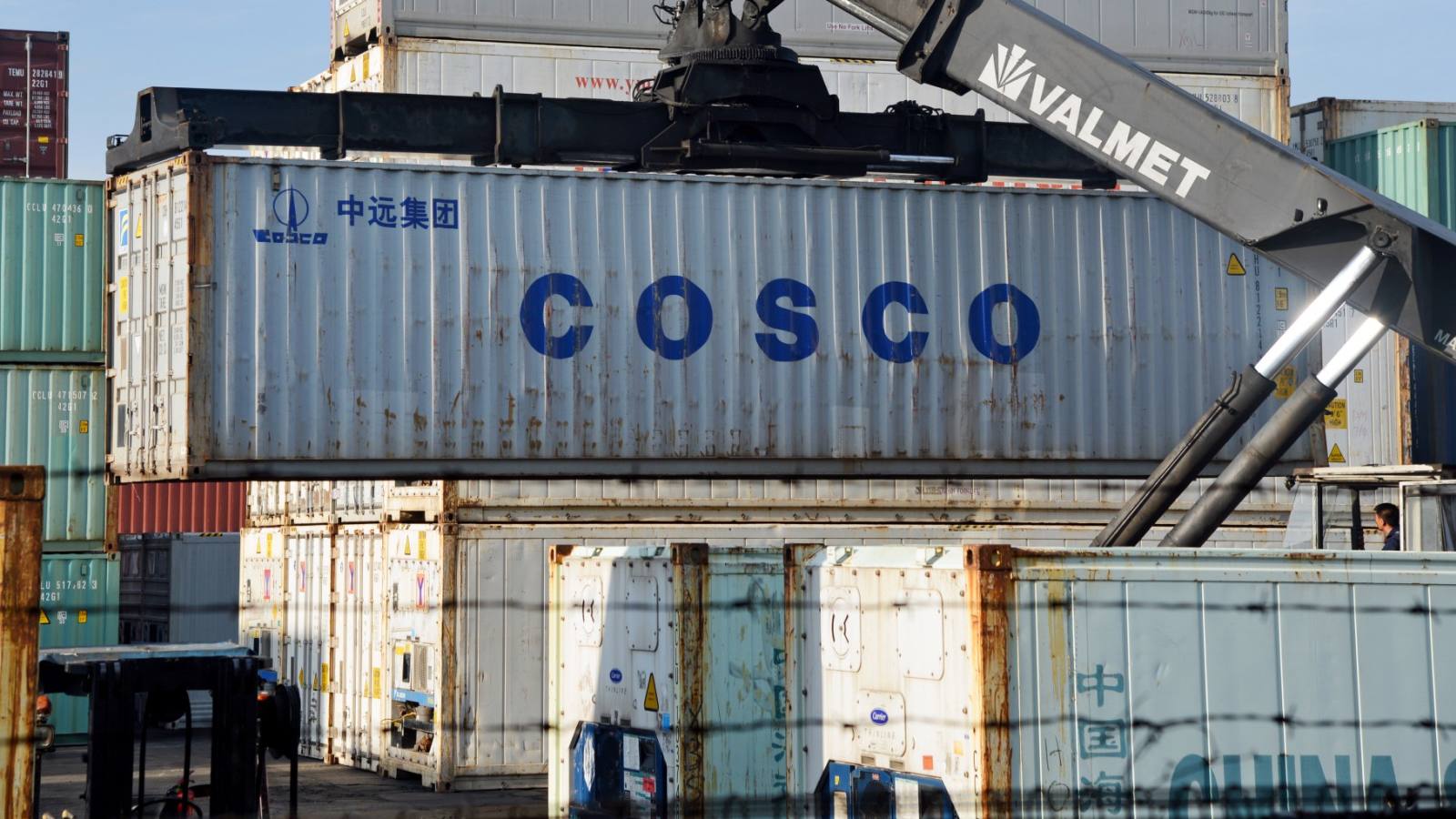 The company has benefited from the recovery in the shipping industry, which is supported by global economic growth. OOIL booked a net profit of $138 million for the fiscal year ended in December 2017, a clear turnaround from net loss of $219 million recorded a year earlier. Revenue for the year increased 15% to $6.1 billion, supported by a higher volume of containers carried, with the container shipping rate improving year-on-year.

The shipping industry has suffered from a long winter of weak demand while too many new ships were being built. But the recovery in demand is apparent, according to Tung, especially on long-haul routes. Transpacific container volume lifted by OOCL in 2017 increased 19.7% from the previous year, while the Asia-Europe route saw volumes increase 16.3%.

"There is some overhang in the business as in supply of new ships, but in general, because of the [improvement in the] demand side and visibly tailing-off supply, we see a gradual industry recovery," Tung said.

Regarding progress of the acquisition by Cosco Shipping, OOIL revealed that approval from two Chinese authorities, namely the Ministry of Commerce and the National Development and Reform Commission, have yet to be granted. The European Commission's antitrust body as well as that in the U.S. have given the deal the go-ahead. The shareholders of Cosco Shipping have approved the proposal.

When he was asked why the Chinese government was dragging its heels on approving the deal, Tung said: "I think it is proceeding nicely."

"[The Chinese agencies] have their own timetable and have more than one transaction that they are evaluating at one time," he added.

The company is also in talks with the Committee on Foreign Investment in the United States (Cfius) about approval of the transaction, and "that communication continues", Tung noted. June 30 is the deadline for the proposed transaction.

OOCL was founded by Hong Kong shipping mogul Tung Chao-yung in 1969. He maintained close ties to the Kuomintang, the nationalist regime that fled to Taiwan after losing a civil war with the Chinese communists. When the company later entered financial difficulties, support from mainland banks brought it closer to China. Tung's son, Tung Chee-hwa, became Hong Kong's first chief executive in 1997. He has been reappointed for another five years as deputy of the top Chinese political advisory body, which is currently in session in Beijing.