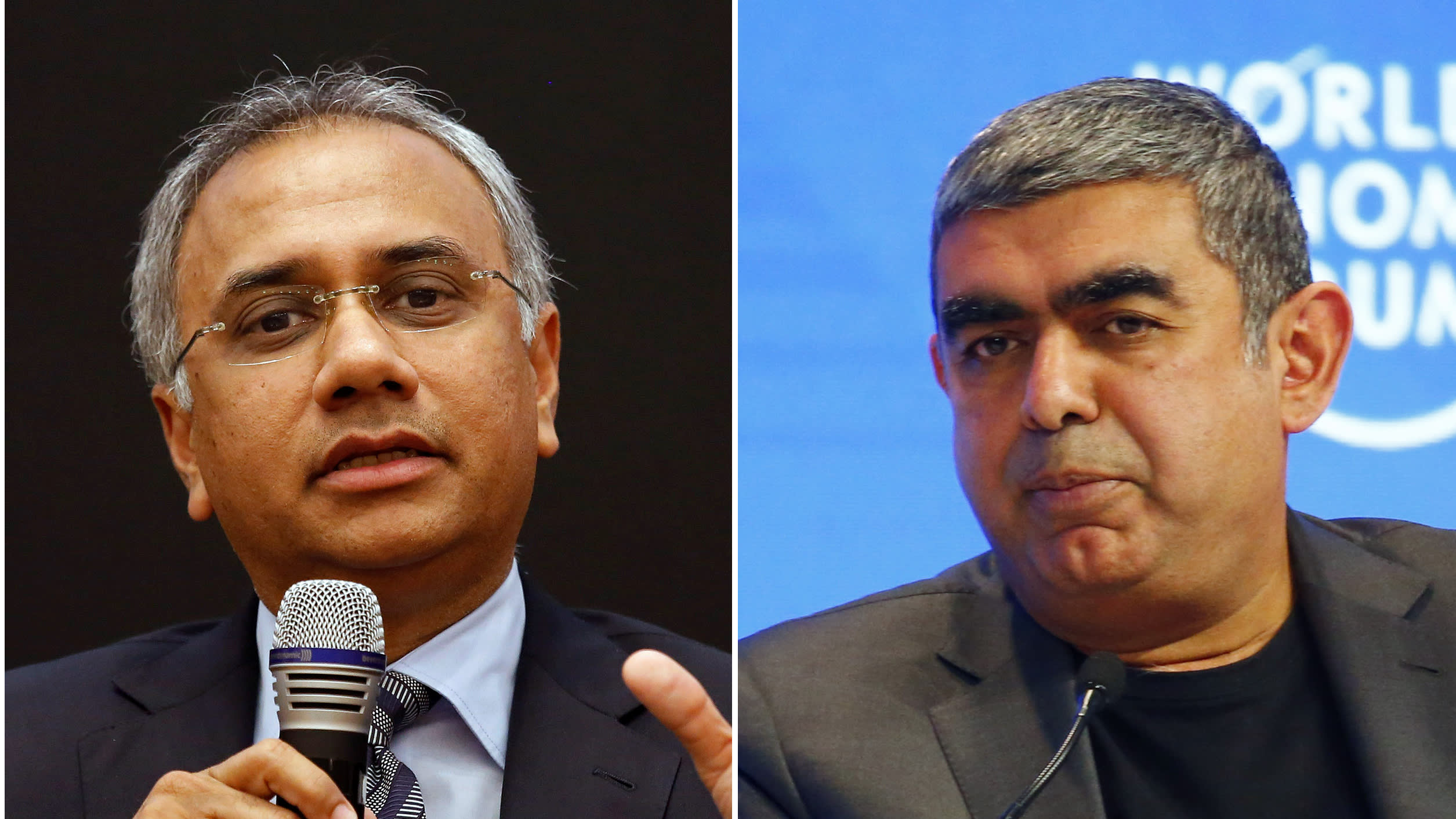 MUMBAI -- Infosys' new chief Salil Parekh on Friday announced his decision to sell off three subsidiaries that "did not suit" the Indian software company's fresh strategy for growth, in a departure from the tack taken by his predecessor.

The companies were acquisitions by previous CEO Vishal Sikka, who abruptly quit the Bangalore-based company in August after a prolonged clash with a co-founder.

Israeli automation company Panaya, which was bought in 2015 under Sikka's watch, was one of the bones of contention between the former CEO and Infosys co-founder N.R. Narayana Murthy. Murthy had flagged alleged wrongdoing by Sikka in the deal. An independent investigation, however, later cleared Sikka, as did an internal review led by Chairman Nandan Nilekani.

Upon assuming his position in January, Parekh said he would roll out a fresh strategy by April. The sell-off of the three companies, which also includes U.S.-based Kallidus and mobile commerce platform Skava, seems to be the first step toward implementing the CEO's new strategy. In explaining the sale, management said only that the companies weren't making "meaningful" contributions to Infosys' revenue and did not suit the company's current strategy.

However, HDFC Securities' Apurva Prasad says the decision shows that the company wants to focus more on services than products. It is a clear departure from Sikka's core vision for growth.

"They were not making much money from [the subsidiaries] anyway so it is not a big problem," Prasad said. He said in the financial year ended March 2017, Kallidus and Panaya together had revenue of a mere 6 billion rupees ($92 million), out of the IT group's 684.84 billion rupees of total income. The scope of the new strategy, however, has yet to be ascertained.

Announcing the new strategy Friday at a briefing for the company's annual earnings, Parekh said it is based around four pillars that include scaling up the digital business, energizing client's core technology via AI and automation, re-training employees, and broadening localization in markets such as the U.S., Europe and Australia.

The financial year that started in April will be Parekh's first full year since taking charge. Infosys brought in Parekh, a member of the group executive board at French rival Capgemini, in December, after a bitter boardroom battle led to the resignation of Sikka. The change in leadership also brought back former Chief Executive Nandan Nilekani as chairman.

Parekh's vision seems to be in line with chairman Nilekani, who had earlier underlined the company's effort to rapidly scale up digital services, train and retrain employees in new technologies, and take stock of how its various products and services can be integrated.

On Friday, Infosys reported 11.7% growth in consolidated profit to 160.29 billion rupees for the financial year ended in March. Revenue rose 3% to 705.22 billion rupees.

Parekh is seeking to lead the company through one of the most trying times for the Indian software industry. The traditionally labor-intensive sector is transitioning to a phase where programming automation and artificial intelligence are changing the rules of the game. Also, the industry is facing stricter visa rules for employees in its largest market of the U.S. Increased hiring of locals is seen pushing up costs for Indian IT firms.