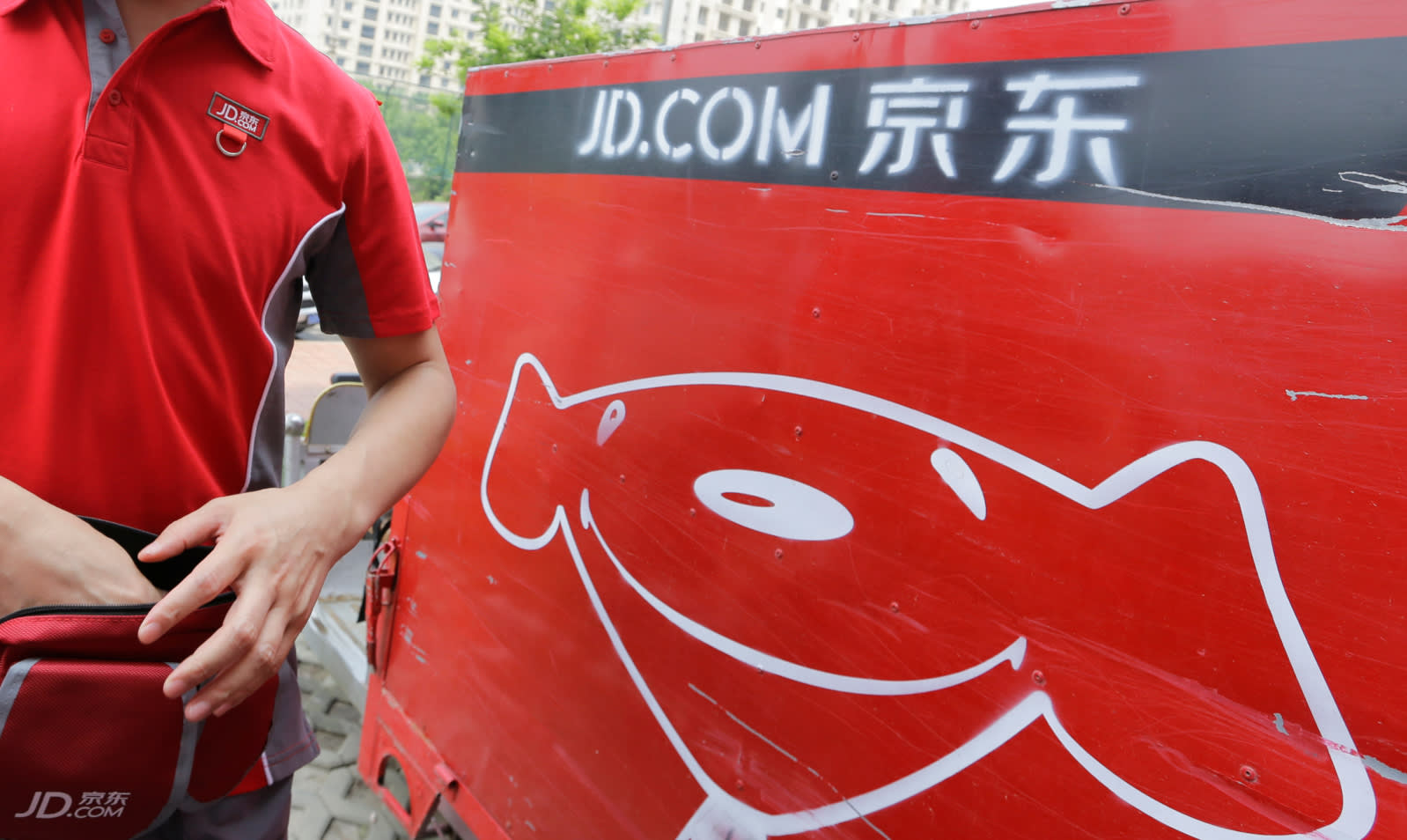 JD.com will receive a $550 million investment from Google under a strategic partnership largely seen as an attempt to resist dominant players like Alibaba and Amazon.com. The cash infusion from the U.S. tech company should enhance JD.com's already formidable logistics and supply chain expertise, which has helped China's second-ranked e-tailer maintain speedy delivery times.

Cheers erupted Monday afternoon from company affiliates and others gathered in a meeting hall at JD.com's Beijing headquarters. The retailer's founding-day promotion, which runs June 1 to June 20, had topped 144.6 billion yuan ($22.4 billion) in sales, beating last year's tally by 20% with two days left to go. The event celebrates the founding of JD.com on June 18, 1998.

China's best-known online shopping event may be the 11-day sales bonanza around Nov. 11, known as Singles Day. But JD.com's annual founding-day promotion offers a chance to "buy lots of makeup and clothing every time," said a 20-something woman working in Shanghai.

Alibaba held a 53% share in the consumer-facing online shopping market last year, almost unchanged from five years ago, while JD.com climbed to 33% from 22% over the same period, the China E-Commerce Research Center says.

JD.com derives strength from in-group handling of everything from product procurement to logistics. Alibaba outsources customer service and logistics operations, by contrast, and seller businesses that use its virtual mall handle their own supply chain.

A network of about 500 Chinese warehouses lets JD.com get 95% or more of the products to customers' doors within 24 hours -- and 57% within six hours. This timeliness draws high praise compared with Alibaba, which offers 24-hour delivery as a general rule but whose products "often arrive extremely late," in the words of one 20-year-old male university student.

JD.com's ownership of its facilities gives the retailer an edge with home appliances and other products that need careful treatment, and also lets the company adopt new technologies such as automation quickly. During a visit to one roughly 90,000-sq.-meter site on the outskirts of Shanghai, packages loaded on yellow trays were sucked up one after another into automated warehouse management systems, with few human workers to be seen aside from those overseeing deliveries and inspections.

The company uses artificial intelligence to help with tasks such as handling customer complaints. It aims to use AI and other advanced technologies to further revolutionize e-commerce, said CEO Liu Qiangdong, also known as Richard Liu. 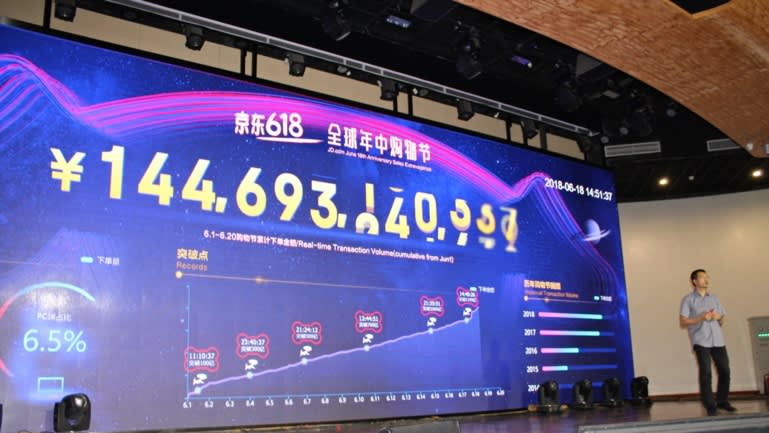 While prioritizing investment in order to maintain its self-sufficiency, JD.com has faced net losses  in recent years. The red ink totaled 150 million yuan for the year through December, an improvement from the previous year's loss of 3.8 billion yuan.

But expectations for growth remain high, and the company's Nasdaq-listed American depositary receipts are trading at twice or more their price from two years before. For the current year, the e-tailer is expected to turn a net profit as its forward-looking investments begin to bear fruit.

Alibaba plans to pour 100 billion yuan into logistics, with further investments on the table, founder and Executive Chairman Jack Ma said recently at a conference in Hangzhou, Zhejiang Province. The plan appears to represent a course change for a company that has so valued avoiding such burdensome investments.

With China's middle class growing as incomes rise, consumers increasingly demand not just products, but added value such as prompt delivery and the ability to have their complaints addressed. Jack Ma's announcement appears to reflect the pressure Alibaba faces to engage more directly with customers throughout its service. That awareness may bring Alibaba's competition with JD.com into a new phase.