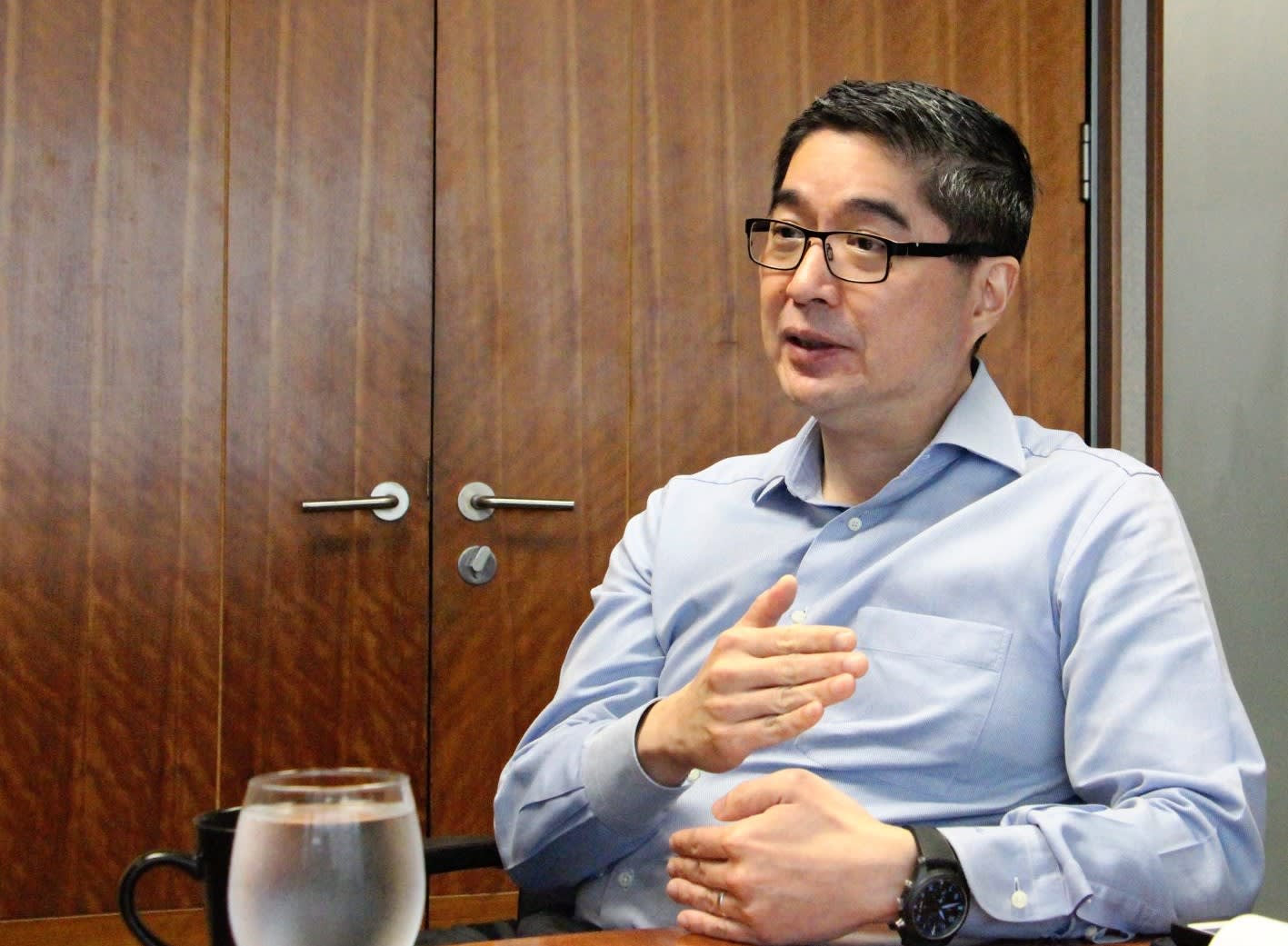 MANILA -- Long before the drums heralding the 2015 start of the ASEAN Economic Community grew loud, JG Summit Holdings of the Philippines had begun laying the groundwork for a regionwide expansion drive.

On Jan. 6, Lance Gokongwei, chief executive of Cebu Air, one of JG Summit's core units, revealed new plans to expand throughout Southeast Asia. He told the Nikkei Asian Review that Cebu Air, one of the region's largest low-cost carriers, is planning to add flights to Singapore, Bangkok and Hong Kong from secondary Philippine hubs like Caticlan and Iloilo, in the central part of the archipelago; Davao, in the south; and Clark, north of Manila.

The announcement symbolizes Gokongwei's determination to expand throughout Asia.  The new routes, some made possible by the liberalization of Association of Southeast Asian Nations' aviation industry, are poised to go into service in 2017 when new aircraft, including some short-haul Airbus A321neos, start arriving. 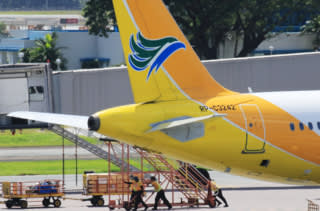 Cebu Air of the Philippines plans to expand its flight network in 2017.

The strategy to connect tier 1 Asian cities with secondary airports in the Philippines is also a way around the overcrowding at Manila's Ninoy Aquino International Airport, which can hardly shoehorn in any additional flights or passengers. The situation is hampering airlines' expansion plans.

Also, demand for air travel in cities outside the Philippine capital has dramatically picked up as a business process outsourcing boom and a steady influx of foreign remittances lift disposable income across the country.

The orchestrator of this regional expansion is Gokongwei, the only son of John Gokongwei, founder and chairman emeritus of the JG Summit group.

"I think, fundamentally, the company's successes have been driven by a keen focus on innovation, which benefits the growing middle class, particularly in ASEAN" countries, Gokongwei told the Nikkei Asian Review on Jan. 6. "So the steps we are undertaking are ... focused on meeting these unmet consumer requirements."

JG Summit is an empire built by patriarch John Gokongwei. It makes snacks and beverages, is in real estate, banking, and petrochemicals. Its core investments are in power distribution and telecommunications.

Lance Gokongwei, 49, is expected to take over the business group after his uncle, James Go, 76, chairman and chief executive of JG Summit, retires.

It was late October when the Philippine business community realized a succession plan is in progress. The elder Gokongwei sold 475 million JG Summit shares to family members. Lance got 165 million, bringing his direct JG Summit shareholdings to 7.6%, while his older sister, Robina Gokongwei-Pe, 54, received some 105 million shares, giving her a direct stake of 2.5%.

This is in line with a comment made by John Gokongwei in November 2007. "Six years ago," he said then, "I announced my retirement and handed the reins to my youngest brother, James, and only son, Lance." He was giving a keynote speech at an advertising congress here.

"I've been working for the company for the past 25 years -- from the smallest [job] to the COO job," he said in 2013. "I have gone through many experiences, and all these have helped me become a better manager."

Although younger than many Filipino CEOs, he is revered in local business circles. "He knows what he is talking about," said Meredith Cua, a COL Financial analyst who frequently participates in Cebu Air's conference calls.

Lance Gokongwei was enjoying a rather relaxed life in Manila until the abduction of Robina in the early 1980s forced his father to send him to Singapore to finish high school. Robina was rescued after a week in captivity and was later on dispatched to New York to continue her collegiate studies.

"At 15, too young and perhaps too self-centered to fully comprehend the wisdom behind my parents' decision, I was upset about being uprooted from my comfortable high school existence," he said in March 2007, speaking in front of the graduating students of Silliman University here.

"My six years studying abroad enabled me to appreciate and respect other people's points of view, which is a critical skill as an entrepreneur operating in a more global economy," he said in 2007. "Most importantly, I developed the self-assurance that as an individual, and a Filipino, I could make a success out of myself because of my own efforts, and not because of what I was given on a silver platter by my parents."

Right after college, in 1988, he joined one of the family's businesses, Universal Robina, which his father was still actively managing.

John Gokongwei, now 89 but still up and about, came from a well-off Chinese-Filipino family in Cebu with ancestral ties to China's Fujian Province. His life turned around at age 13 when his father suddenly died, leading the family businesses to eventually collapse.

Being the eldest among six children, John Gokongwei supported his family during the war by peddling soap, candles and thread. With the profits he accumulated from trading and a bank loan, he started a corn milling company in 1957, which would become the precursor to Universal Robina. In the 1980s, the company diversified into snacks and coffee.

"When dad died at age 34, he did not leave a succession plan," John Gokongwei said in 2007. "From that, I learned that one must teach people to take over a business at any time. The values of hard work that I learned from my father, I taught to my children. They started doing jobs here and there even when they were still in high school."

Lance has said he wants to build on what his father has achieved.

Indeed, when he became a general manager of Universal Robina's branded food business in late 1990s, he led the development of beverages that would complement the company's snack portfolio. Some products failed, but in 2004 he nailed it with one. C2, a ready-to-drink tea, was launched and became a hit, challenging foreign cola companies dominating the Philippine beverage sector.

In 2012, Gokongwei became chief executive of Universal Robina. Ever since, he has been determined to further expand the business throughout Asia. Last year, he opened the company's first factory in Myanmar, which produced wafers. This adds to manufacturing facilities in Indonesia, Malaysia, Myanmar, Thailand, Vietnam and China, where the company makes potato and corn chips, chocolate bars and tea drinks, among others.

His push continues. Universal Robina's sixth biscuit and wafer factory in Bangkok and fourth snack production line in Jakarta are to be up and running this year, he said. Gokongwei has also steered Universal Robina into partnerships as a way to get into the premium market. In 2014, he entered into two joint ventures -- one with Japan's Calbee for premium potato chips and another with France's Danone for healthy beverage products. He also snapped up New Zealand-based cookie maker Griffin's Foods for NZ$700 million ($609 million at that time). The deal instantly gave Universal Robina a presence in the South Pacific.

Gokongwei said the Philippines market has received the new products well. "We do believe that the strategy is correct, that we have to focus on premiumization," he said, pointing out that Southeast Asia's middle classes will continue to expand.

In the first nine months of its current fiscal year, Universal Robina's net sales rose 18% to 81.9 billion pesos, while net income grew 12% to 9.6 billion pesos, making it the biggest business in the JG Summit group.

Gokongwei has also been overseeing Cebu Pacific since it began flying in 1996. Back then, it shook up the Philippine aviation industry, virtually monopolized by Philippine Airlines, a full-service carrier. Today it is becoming a major regional player. It ended 2015 with 55 aircraft and a flight network of over 90 routes covering 60 destinations, including 11 in Southeast Asia. It flew 13.7 million passengers in the nine months ending September.

In what was a turbulent 2015 for airlines, partly due to safety concerns and cooling growth, shares of Cebu Air fell 4.5%. Regional counterparts, meanwhile, were battered. Shares of AirAsia, the region's largest low-cost airline, plunged 48.3% while those of Thailand's Nok Air plummeted 46.6%.

Among the challenges ahead is the slow progress the Philippines is making in building out transportation infrastructure. The lack of progress is an obstacle to Cebu Air's expansion, according to Cua, the COL Financial analyst.

In the coffee segment, where Universal Robina has expanded its market share in recent years, competitors Nestle and PT Mayora Indah are expected to retaliate. Gokongwei said his company will not be complacent.

"We plan to execute defensive strategies to protect our market share against the aggressive moves of our competitors," Gokongwei told analysts during the company's most recent earnings call, in August.

Despite the headwinds, the regional focus remains intact. "We are firm [in the] belief that, for many reasons, Asia will continue to grow faster than the developed countries," he told the Nikkei Asian Review in 2014. "We are fortunate that we are concentrated in this area."

As a leader wearing several hats, Gokongwei told Nikkei Asian Review on Jan. 6 that growing one business would not be at the expense of another to beef up JG Summit's existence as a regional player.

"There are seven businesses within the group; they are all your children. You love them equally and some children, at certain times require more attention, and you just spend more time," the father of two said. "You try to meet them regularly. When there is an issue, there is more time [to spend] with them."