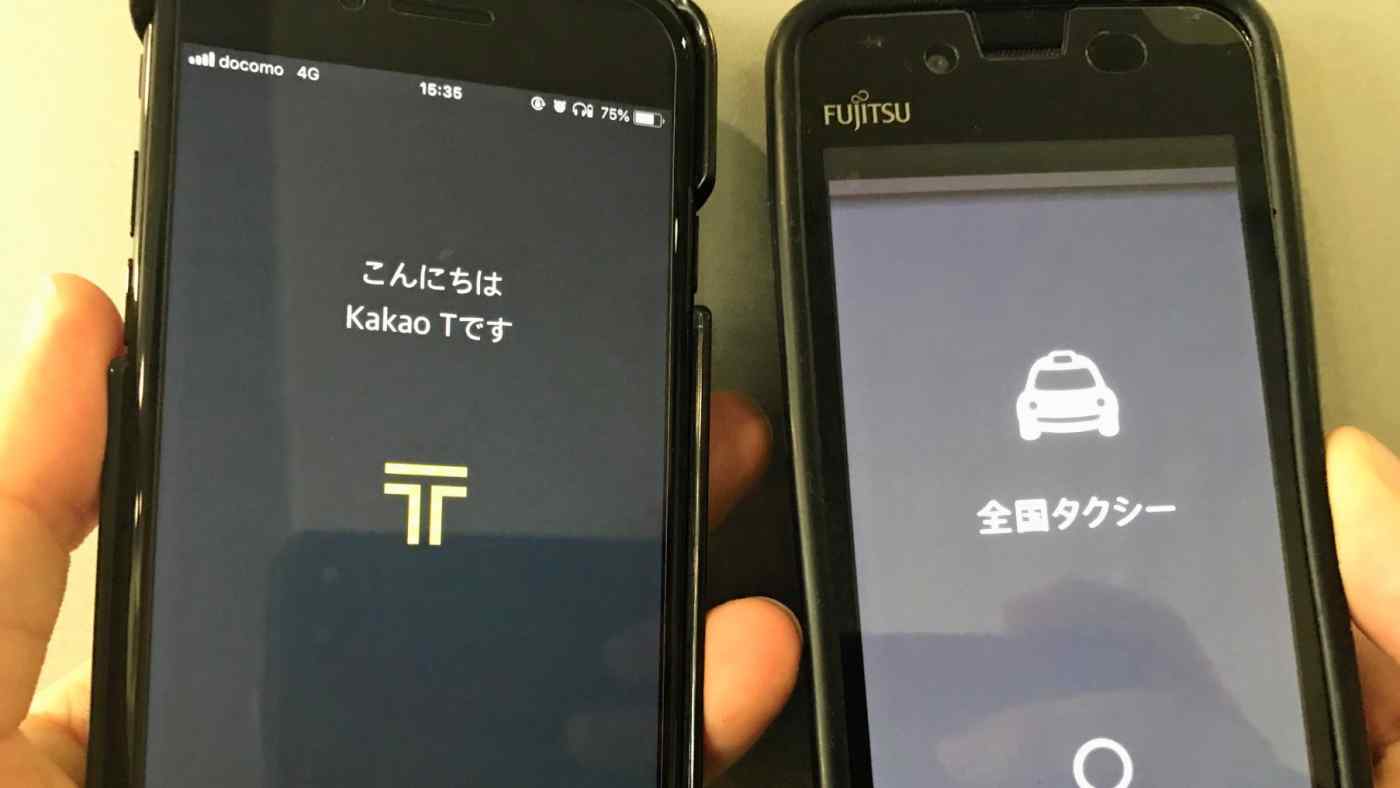 Tourists in South Korea and Japan will be able to use the linked ride-hailing apps from Kakao Mobility and JapanTaxi. (Photo by Yuichi Shiga)
YUICHI SHIGA, Nikkei staff writerSeptember 6, 2018 04:11 JST | South Korea
CopyCopied

TOKYO --  South Korea's Kakao Mobility plans to make a 1.5 billion yen ($13.5 million)  investment in JapanTaxi and link their taxi-hailing apps by the end of this year, enabling South Korean tourists to book cabs in Japan.

The mobility unit of internet company Kakao intends to take an estimated 2% to 3% stake in its Japanese partner via a private placement of new shares.

JapanTaxi hopes the partnership will capture demand from tourists. South Korean visitors to Japan increased 40% last year to 7.14 million, the Japan National Tourism Organization says. They are the second-largest group of visitors to Japan, trailing those from China.