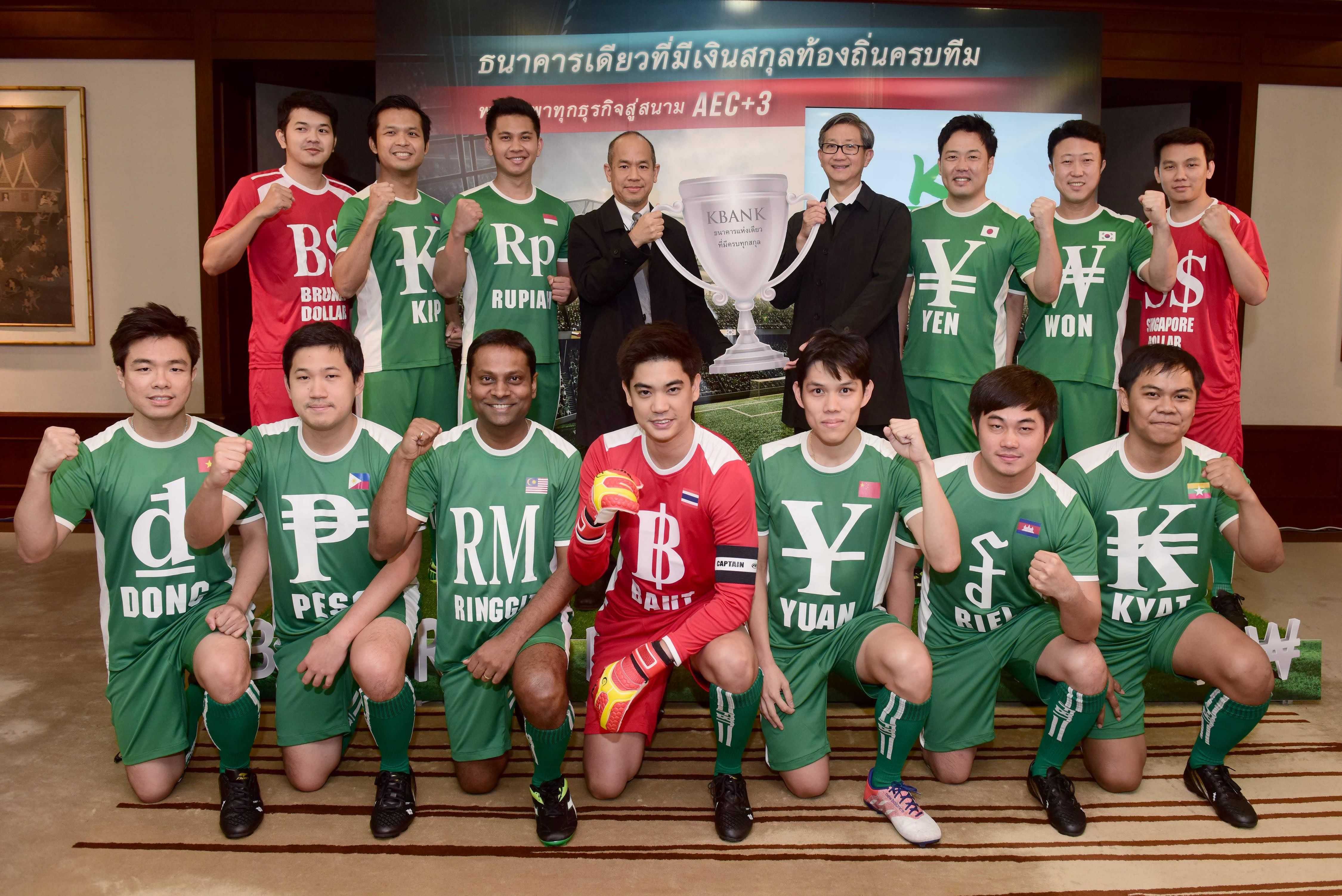 Kasikornbank is the first bank in Thailand to enable direct settlement between the baht and 12 currencies of the AEC+3 countries.
YUKAKO ONO, Nikkei staff writerMarch 2, 2017 23:53 JST | China
CopyCopied

BANGKOK -- On the back of growing regional trade, Kasikornbank, Thailand's fourth-largest lender by assets, has expanded its local currency settlement services to cover all currencies of members of the Association of Southeast Asia Nations and its three largest neighbors -- Japan, China and South Korea.

Funds transfer and trade settlement between Thailand and the 12 other countries can be quoted in their local currencies instead of the dollar, which is currently by far the majority currency used in cross-border transactions within Asia.

Kasikornbank is the first bank in Thailand to support such a wide range of local currencies. Direct settlement is available at its own branches or partner banks in all the countries. The exchange rates are decided between the banks.

Local currency settlement will enable faster funds transfer, as it will be between banks within the same time zone, he added.

Backed by economic development and the start of the ASEAN Economic Community, trade within the ASEAN region has been on the rise. The total trade value has nearly tripled to $2.27 trillion in the 12 years through 2015. Countries of the AEC and its three neighbors, dubbed AEC+3, contributed 55% of that value.

"The higher buying power of the people has boosted production level and consumption in the region which has resulted in more trade," said Executive Vice President Silawat Santivisat. Moreover, Japan, South Korea and China are major investors in the region with expanding manufacturing supply chains. "That is why direct settlement between the exotic currencies of the AEC+3 is becoming increasingly important," he said.

Rise of the baht

The usage of local currency has become especially noticeable for trade settlement between Thailand and ASEAN countries as more Thai companies are investing abroad. In 2016, 22% of trade was quoted in local currencies compared to 16% in 2012, according to Kasikornbank.

According to SWIFT transaction data, the baht is now the 10th most-used currency, contributing 0.99% of payments around the world, while the Chinese yuan ranks fifth at 2.5%. Although the portion is still small compared to the two dominant currencies -- the dollar and the euro, which account for 43% and 29% respectively -- Kasikornbank believes that the presence will grow. "Asian currencies are the currencies of the promising future," Silawat said.

The Thai central bank last year signed an agreement with its Malaysian counterpart to facilitate and promote local currency settlement. Thanks to a new framework, it has become substantially easier for Thai businesses to source Malaysian ringgit from selected Thai banks and Malaysian businesses to source baht at banks in Malaysia. In Thailand, Kasikornbank, Bangkok Bank and CIMB Thai Bank were chosen to take part.

This led to a surge in baht-ringgit settlement at Kasikornbank. Malaysian ringgit payment made through its branches more than doubled year-on-year in 2016. The Bank of Thailand has entered into similar talks with the Indonesian central bank. Indonesia, along with the Philippines and Vietnam, restricts outward local currency remittances to offshore banks under current regulations. "The central bank's agreement will help promote local currency settlement," Pattarapong said.

In a recent interview with the Nikkei Asian Review, Bank of Thailand Gov. Veerathai Santiprabhob said that Myanmar has also shown interest in entering a similar agreement. "[Local currency settlement] is an example of benefits of promoting one form of regional financial connectivity at a time when the global financial environment is very volatile," he said.