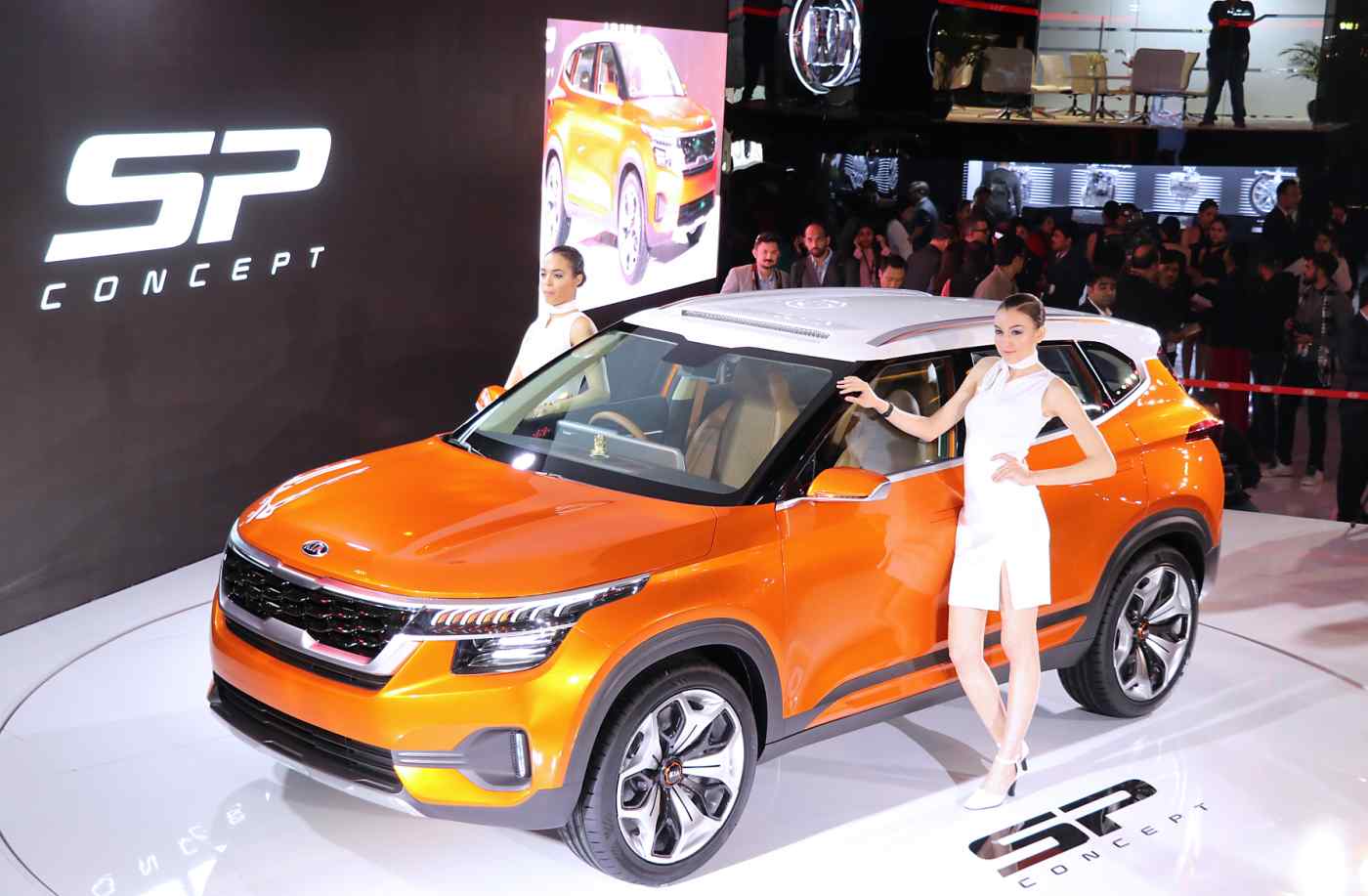 GREATER NOIDA, India -- Kia Motors on Wednesday unveiled a concept compact SUV "specially designed and dedicated" to the Indian market, marking its debut in a country its sister company, Hyundai Motor, entered over two decades ago.

"Even though we have arrived here a little late, we have come fully prepared," Kia Motors President and CEO Han-Woo Park said at Auto Expo 2018 in Greater Noida, a city in the northern state of Uttar Pradesh.

This is the South Korean automaker's first appearance at Auto Expo. Alongside the SP Concept, the India-specific model, the company brought 16 of its global models. The list includes the Picanto, a city car geared to first-time buyers; the Rio, a sporty subcompact; and the Sportage SUV.

"This is the long-awaited official debut of the Kia brand in India," Park said. The motor show, currently reserved for the media, will open to the public on Friday and run until next Wednesday.

Kia last year signed a pact with the state government of Andhra Pradesh, in the south, to build a plant valued at $1.1 billion. The 2.5 million-sq.-meter facility will have annual capacity for 300,000 units.

Park said sales of made-in-India cars are scheduled to begin in mid-2019. "This state of the art facility will complement Kia plants in Korea, Slovakia, China, Mexico and the USA, bringing us one step closer to completing a truly global manufacturing network."

In India, he said Kia will make hatchbacks and SUVs up to global quality standards, along with a country-exclusive compact electric vehicle.

Kia's India-made models are expected to compete with cars from Maruti Suzuki India, Tata Motors, Honda and Hyundai itself.

Peter Schreyer, Kia's chief design officer, said the SP Concept is a glimpse of what Kia has in store for Indian drivers in the future. The model's technical details remain under wraps. "It is still a concept and not the final car," he said, while stressing that the actual production car would be close to the version on display.