MUMBAI -- Farm equipment maker Mahindra & Mahindra sees plenty of room for growth beyond India, where it is already No. 1, especially in the Americas, Japan and Turkey, a top executive said.

The industrial group's agricultural equipment division catered primarily to the domestic market until a few years ago.

But a strategy review prompted it to push deeper into a $150 billion global market, especially the $100 billion outside of tractors, Rajesh Jejurikar, president of Mahindra & Mahindra's farm equipment sector, told the Nikkei Asian Review in an interview.

Though Mahindra & Mahindra leads India in sales for both the tractor and non-tractor segments, the country's market for agri-machinery remains small at $4 billion to $5 billion. India also defies the global trend in which machinery draws greater demand than tractors.

The farm segment "did about $3.4 billion in revenue last year, and approximately 37% of that is global," Jejurikar said. "Our global market share, if you look at revenue, was less than 4% -- and even we were the largest player of tractor by volume in the world. There was a lot of upside for us to grow by competing."

Jejurikar said that competing would drive the company to "go global and go beyond tractors into farm machinery."

The company, which also ranks as one of India's biggest automakers, now aims to draw 50% of the division's revenue from overseas. It currently collects $600 million from its largest market, the Americas -- including the U.S., Mexico and Brazil.

In Japan, the company has an agreement with Mitsubishi Agricultural Machinery wherein it sources components from India to sell low-cost equipment. In Turkey, Mahindra & Mahindra has three companies -- Erkunt Tractors, Erkunt Foundries and Hisarlar -- that provide opportunities for export to Middle Eastern countries. 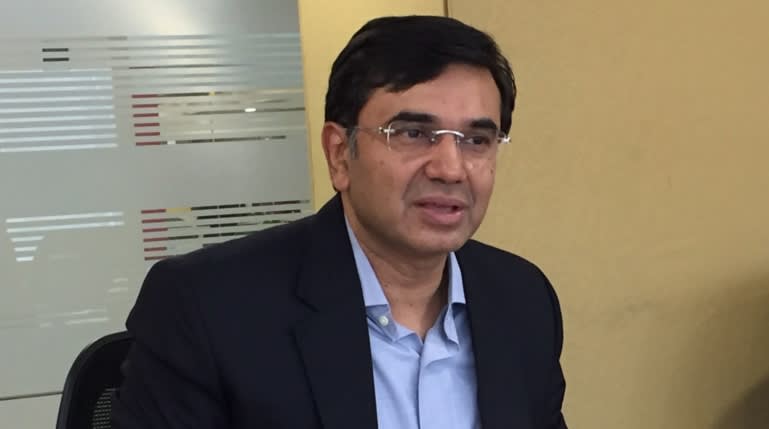 Rajesh Jejurikar, president of Mahindra & Mahindra's farm equipment division, is considering a return to the Chinese market, but rules out a joint venture. (Photo by Akira Hayakawa)

During the financial year that ended in March, the farm equipment segment logged record domestic sales of 302,082 tractors under the Mahindra and Swaraj brands, an increase of 21.5%. The company achieved its highest-ever market share of 42.9% and maintained its leadership in the domestic tractor market for the 35th consecutive year, according to Mahindra & Mahindra's annual report.

The export of 15,499 tractors also ranked as the company's best ever. The company also opened two new production units in Brazil and Mexico.

Another plan involves using strength in one country to build and export products to another.

"The idea is to connect the technology products to markets," Jejurikar said. "So if Sampo has harvesters, then in which of the markets can we create a new market for Sampo? So can Sampo harvesters go to Turkey and Brazil?" he added, referring to Sampo Rosenlew, a Finnish farm equipment maker in which Mahindra took a 35% stake in 2016.

The Indian company, which mostly operates through joint ventures and partnerships such as this one,  looks to re-enter China on its own. Mahindra exited a joint venture last year with local tractor maker Yueda Yancheng in which it held a 51% stake.

"We are looking at the feasibility of getting back in, but we want to get in on our own and not through a joint venture. We were in tractors -- now we are looking at farm machinery," Jerurikar said.

"And it's not easy to navigate through that and create a very clear value-added proposition," the executive said. "Local players there are very strong and compete with the right product."

Jerurikar, who says he is impressed by the level of agricultural mechanization in China, gave no timeline for a re-entry, and he assured that the company would not enter China unless it saw enough value.

The farm division's vision fits with the $17 billion Mahindra Group's goal of becoming one of the 50 most-admired global brands by 2021. The international push also comes as the group faces tough competition in the sport utility vehicle segment in India from foreign and domestic players. The company's utility vehicle market share stood at 25.4% for the year ended in March, down from 29.2% the previous year. But the domestic farm equipment segment continues to perform well.