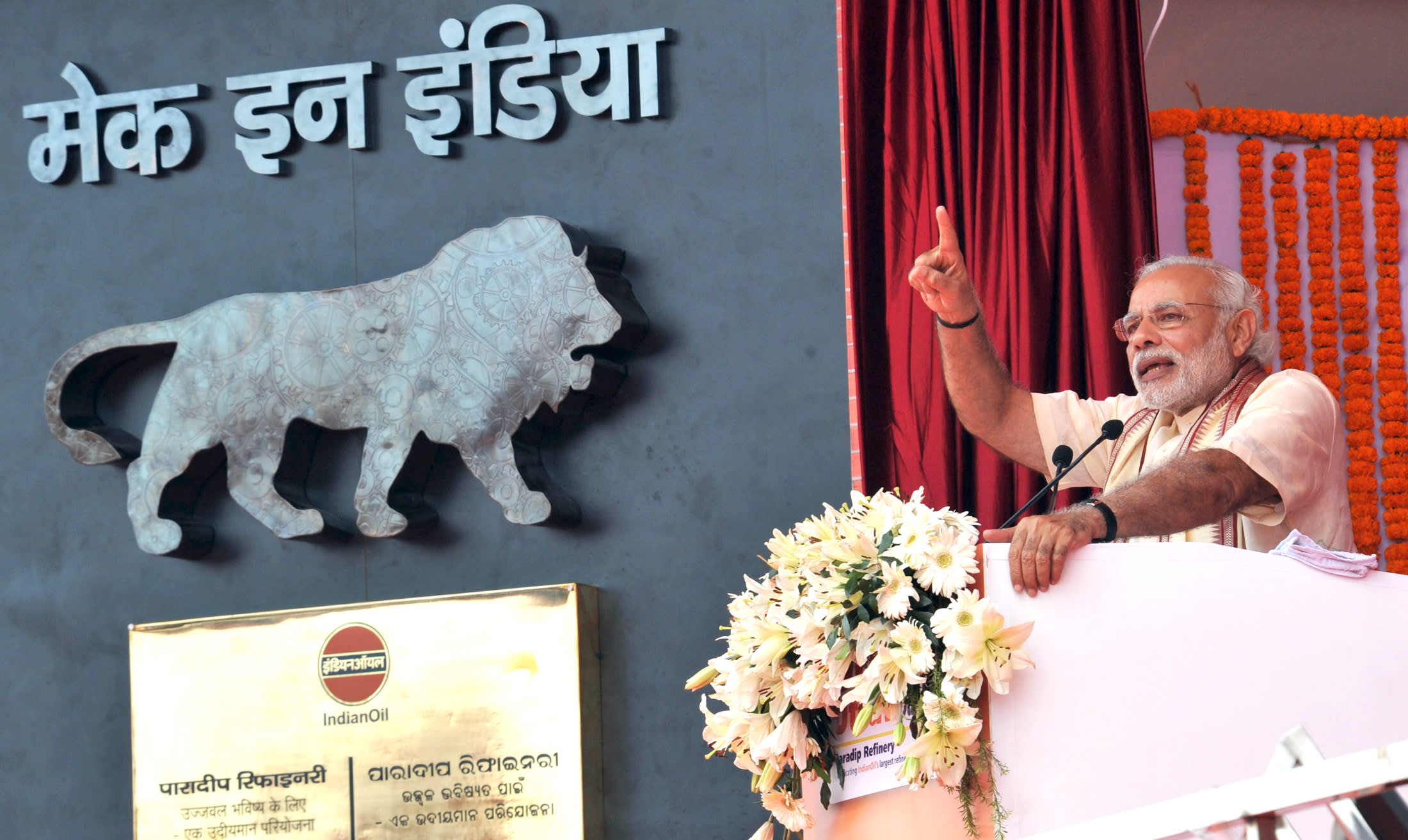 NEW DELHI -- When Prime Minister Narendra Modi on Sunday opened the Paradip refinery, built by state-owned Indian Oil Corp. with a 350-billion-rupee ($5 billion) investment, he predicted "a new wave of industrialization in the hydrocarbon sector" that will enhance economic progress in eastern India and generate considerable employment.

Located on the east coast in the state of Odisha, India's newest and most advanced refinery covers 3,345 acres and has a processing capacity of 15 million tons per annum (mtpa).

According to IOC, some 280,000 tons of steel went into its construction, which is about equal to 30 Eiffel Towers, along with 1.16 million cu. meters of concrete -- about three times the volume used for Dubai's Burj Khalifa, the world's tallest structure.

Paradip can supply Euro-IV and Euro-V premium grade fuels, and is configured to process a mix of high sulphur and heavy or sour crude. Finished products will be supplied to Asia-Pacific, Europe, and the U.S., as well as India's east, northeast and south.

IOC supplies nearly half of India's petroleum products for domestic consumption, and has 35% of national refining capacity. Between 2012 and 2017, it is investing 562 billion rupees in a host of projects to increase refinery capacity and petrochemical infrastructure. It is also building up an oil and gas portfolio overseas.

Paradip is about 120 km from the state capital, Bhubaneswar, and took over 15 years to construct. It will also provide LPG for cooking to millions of households, and reduce their dependence on polluting firewood.

"Scientists say that cooking for one hour using firewood is equal to [smoking] 400 cigarettes," said Modi.

India imports around 80% of its crude oil and 35% of its natural gas requirements, and has invested heavily in refining and processing capacity for export. Despite being a net importer of crude oil, India accounts for 4.5% of global output and is a net exporter of petroleum products.

In the last financial year, India exported 63 million tons of petroleum products to more than 55 countries, and ranks fourth in refining capacity after the U.S., China and Russia. The country's existing refining capacity exceeds 215 mtpa. This far outstrips domestic consumption of 165 mtpa, which is expected to increase to 550 mtpa by 2040.

India's largest existing refinery at Jamnagar in Gujarat state has an installed capacity of 33 mtpa. It was originally commissioned in 1999 by the private sector's Reliance Industries, which in 2008 added an adjacent refinery for export with 27 mtpa capacity. The Jamnagar complex is the world's largest.

On Sunday, Modi said his government wants to reduce oil imports 10% by 2022, the 75th anniversary of the end of British colonial rule.