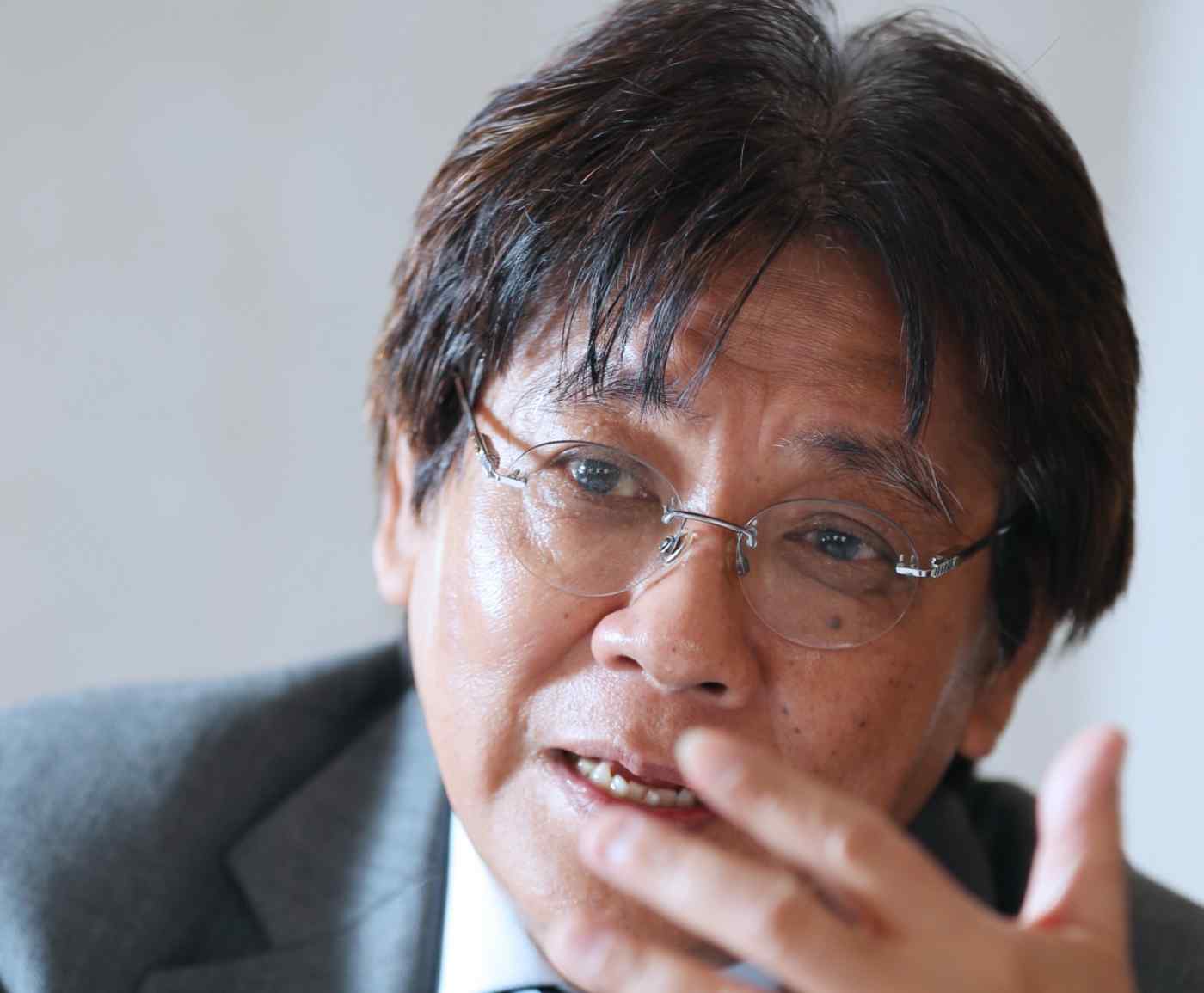 JAKARTA -- After dominating the Indonesian economy during the rule of Suharto, Salim Group was nearly wiped out in the Asian financial crisis of the late 1990s. It is back and on the march. Under Chairman and CEO Anthoni Salim, the 65-year-old son of the group's late founder, the conglomerate is expanding beyond its core food business and extending its geographic reach.

When Anthoni Salim met with some new Japanese business partners in mid-September, he wasted no time letting them know how he rolls.

"We will run fast," he told officials from logistics company Seino Holdings, who had gathered to meet him in the conference room of an upscale hotel in Tokyo. The two parties had agreed to set up a joint venture in Indonesia.

Indeed, Salim Group, which comprises more than 30 listed companies and numerous private businesses, is sprinting ahead with acquisitions and partnerships. The conglomerate's moment of crisis -- when it nearly collapsed in the late 1990s -- seems like eons ago.

Drastic changes are occurring in the group's core food businesses. Consider the diversification of Indofood Sukses Makmur, which is controlled by Salim's investment vehicle, Hong Kong-based First Pacific. Already the world's largest producer of instant noodles, Indofood over the past three years has established joint ventures in bottled beverages and restaurants. It also acquired a Chinese vegetable processor. A joint venture with BRF, Brazil's largest poultry exporter, is in the works.

Indofood is extending its reach in agricultural commodities, too. Listed Singaporean unit Indofood Agri Resources has acquired stakes in sugar producers in Brazil and the Philippines. Indofood plans to soak up their efficient technology and expertise while it ramps up production in Indonesia.

All of this is part of Anthoni Salim's long-term vision, which is based on a projection of 50% global population growth over the next 30 years, and the steady rise in the purchasing power of Southeast Asians.

Salim sees little point in building businesses from scratch -- not when the goal is to grow faster than competitors. "Technology is available and accessible," he said. "It's up to us to digest it" through acquisitions and partnerships. There was a time when Salim Group saw no need to team up with other companies and expand across the region.

The group was founded by Liem Sioe Liong, better known as Sudono Salim -- Anthoni Salim's father. After emigrating from China to what were then the Dutch East Indies in 1938, Sudono Salim began supplying food and clothes to militants who fought for an independent Indonesia. He forged close ties to Suharto, an officer who would go on to rule the country for three decades.

The Suharto connection meant favorable conditions for Salim Group's flour, cement and banking businesses. In its heyday, the conglomerate comprised more than 600 companies and generated $20 billion in revenue.

The empire fell apart after the Asian financial crisis, which erupted in 1997, helped precipitate the fall of Suharto in 1998. Most of the group's assets were seized by the government. Anthoni Salim, who managed to save Indofood, learned from the debacle and has since sought to reduce the company's dependence on Indonesia's economy -- and its politicians. "We would like to grow regionally to have a better market and balance," he said.

After Anthoni Salim became Indofood's president in 2004, the company stepped up promotion of its Indomie instant noodles in the Middle East and Africa. With affiliates, it set up instant noodle factories in Syria and Egypt. Last year, it opened a factory in Kenya.

"Indonesia is a very strong Muslim country," he said, noting this gives his company an edge in the global halal food business. Indofood started production in Saudi Arabia in the mid-1990s and last year generated nearly 1 trillion rupiah (around $80 million at the time) in revenue there, making it the company's largest overseas market.

Salim Group's transformation is still a work in progress. The chief executive is eyeing the company's next growth pillar: e-commerce.

First Pacific owns 26% of Philippine Long Distance Telephone, the largest telecommunications company in the Philippines. And PLDT has been on a shopping spree in the Internet sector. Last year, it bought a minority stake in Germany's Rocket Internet, which helps startups get off the ground. The telecom company has since invested in online ventures in Malaysia and Singapore.

The partnership with Seino is part of the group's e-commerce strategy. Salim stressed that strong logistics, transportation management and information technology know-how are all essential for success. The Japanese logistics company brings plenty of experience to the table.

Investors seem hesitant to bet on Anthoni Salim's vision. First Pacific's market capitalization stood at $2.6 billion as of Sept. 18, the lowest since 2009.

Global economic conditions are a factor. Capital has been flowing out of emerging markets, as their prospects grow hazy and the U.S. economy shows signs of improvement. But First Pacific also suffers from the so-called "conglomerate discount," in which the value of a diversified company is less than the sum of its parts.

Jeremy Yeo, an analyst at Mizuho Securities, said First Pacific is "attractive," thanks to steady dividend income from Indofood and PLDT, which allows the company "to invest in new business opportunities." However, Yeo is skeptical whether recent investments will generate sufficient cash flow. "The company's ability to succeed in investments in newer, smaller business is being tested," he said.

Salim Group's expansion also comes as other conglomerates zero in on opportunities in Indonesia. Lippo Group, the country's leading property developer, partnered with Mitsui to launch Indonesia's first fourth-generation, or 4G, wireless service in 2013 and recently set up an online mall. Sinar Mas Group, the nation's largest agricultural conglomerate, is also investing heavily in 4G through mobile operator Smartfren. Thailand's Charoen Pokphand Group, which is the largest poultry producer in Indonesia, has nudged its way into the retail and beverage businesses in recent years. Anthoni Salim acknowledges the challenge. Salim Group now has 12 divisions, by his count, and he said he is trying to "engage each individual pocket" of them. Investments in the Philippines and Indonesia have operated independently, but the push into e-commerce may be an opportunity to bridge them.

"Each company needs a lot of cross-fertilization," Salim said, "because each company can offer so much. I always believe in putting [them] together."

Some say that when two companies foster synergies, one plus one comes to equal three. In Salim's view, the result is "not three but 11."

Nikkei staff writers Jun Suzuki in Tokyo and Cliff Venzon in Manila contributed to this story.