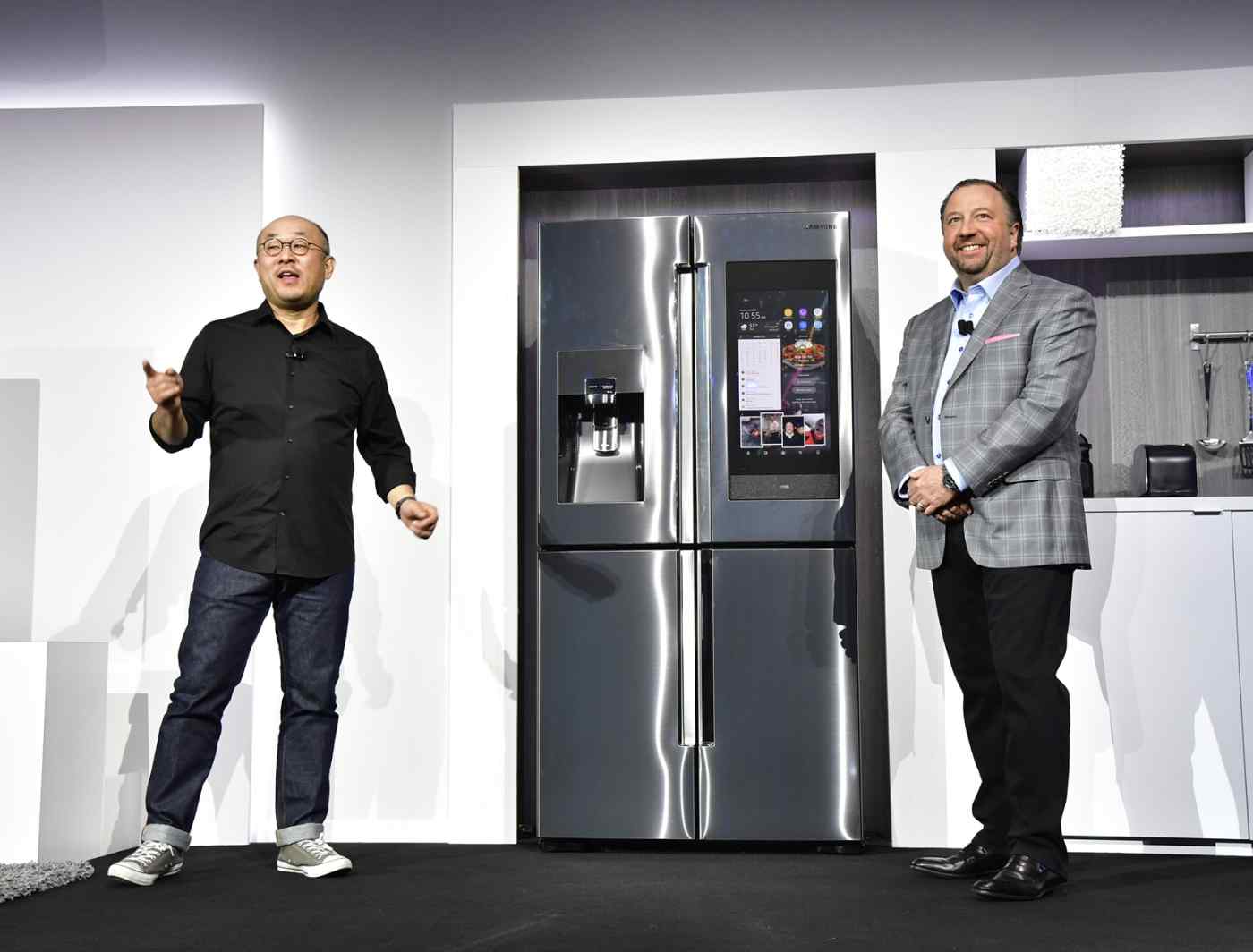 LAS VEGAS -- Samsung Electronics is well-known for its high-end smartphones and durable home appliances. But it is now branching into "internet of things" which it expects to offer new business opprtunities.

The South Korean tech conglomerate unveiled Monday its ambition to connect consumer experiences across its various devices at home, at the office and on-the-go at this year's Consumer Electronics Show in Las Vegas. Samsung plans to make all of its products ready to be connected by internet of things by 2020 via an open, consistent and intelligent platform.

"At Samsung, we believe [internet of things] should be as easy as flipping a switch. With the new products and services announced today, we're making [internet of things] easier and more seamless," said Kim Hyun-suk, head of the company's consumer electronics division in a press conference.

Samsung is preparing for the next step beyond its booming chip-making business amid sluggish smartphone sales. The company sees the internet of things and artificial intelligence offering new business opportunities.

At the show, the company demonstrated some examples, such as a television loading a consumer's personal data from his smartphone to a refrigerator briefing a user of his daily schedules through voice assistant Bixby. Samsung said that such experiences will expand to cars as it develops technology with its auto electronics affiliate Harman.

Samsung highlighted its ongoing commitment to investing in breakthrough technologies. In 2017, Samsung spent more than $14 billion on research and development. The company also increased investments through Samsung Next, a key initiative to accelerate its transformation into an integrated hardware and software company.

In Seoul, the company said it recorded 66 trillion won ($61.7 billion) in revenue in the fourth quarter, up 23.76% from a year ago, with operating profit jumping 63.77% to 15.1 trillion won in the same period. Samsung did not release its data by division, but analysts say that its semiconductor business may have led the company's earnings on the back of strong demand for memory chips.

However, Samsung Electronics shares fell 3.11% to 2,520,000 won on Tuesday, underperforming the benchmark KOSPI's 0.12% dip, as its quarterly operating profit did not meet market expectations of 16.14 trillion won, as compiled by QUICK-FactSet.