Samsung scion back in public eye, ready to take helm 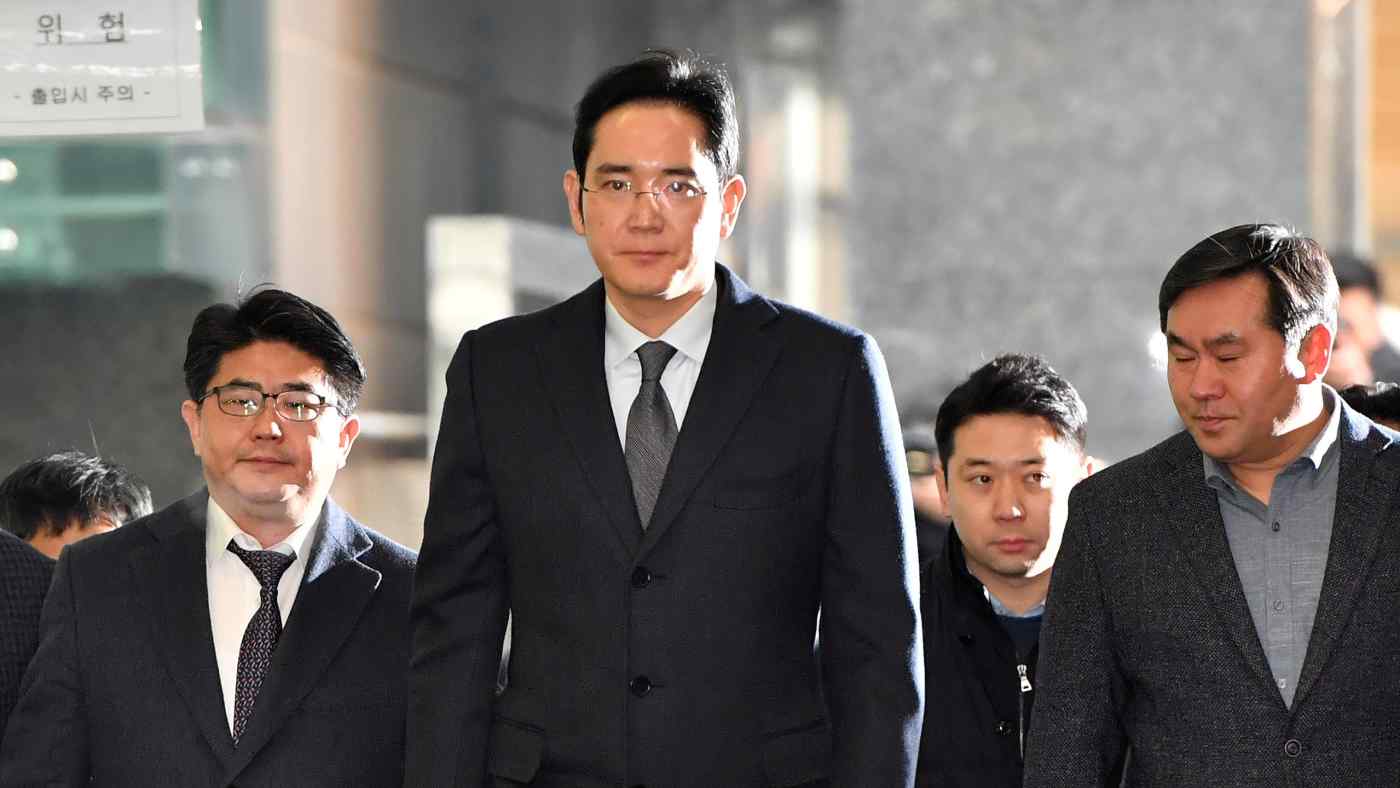 SEOUL -- The Samsung group's de facto leader stepped into the public eye for the first time in five months on Monday, inaugurating a mobile phone factory in India along with South Korean President Moon Jae-in.

Samsung Electronics Vice Chairman Lee Jae-yong, convicted of corruption charges last August, was given a suspended sentence in February and released from prison. But he has since kept a low profile.