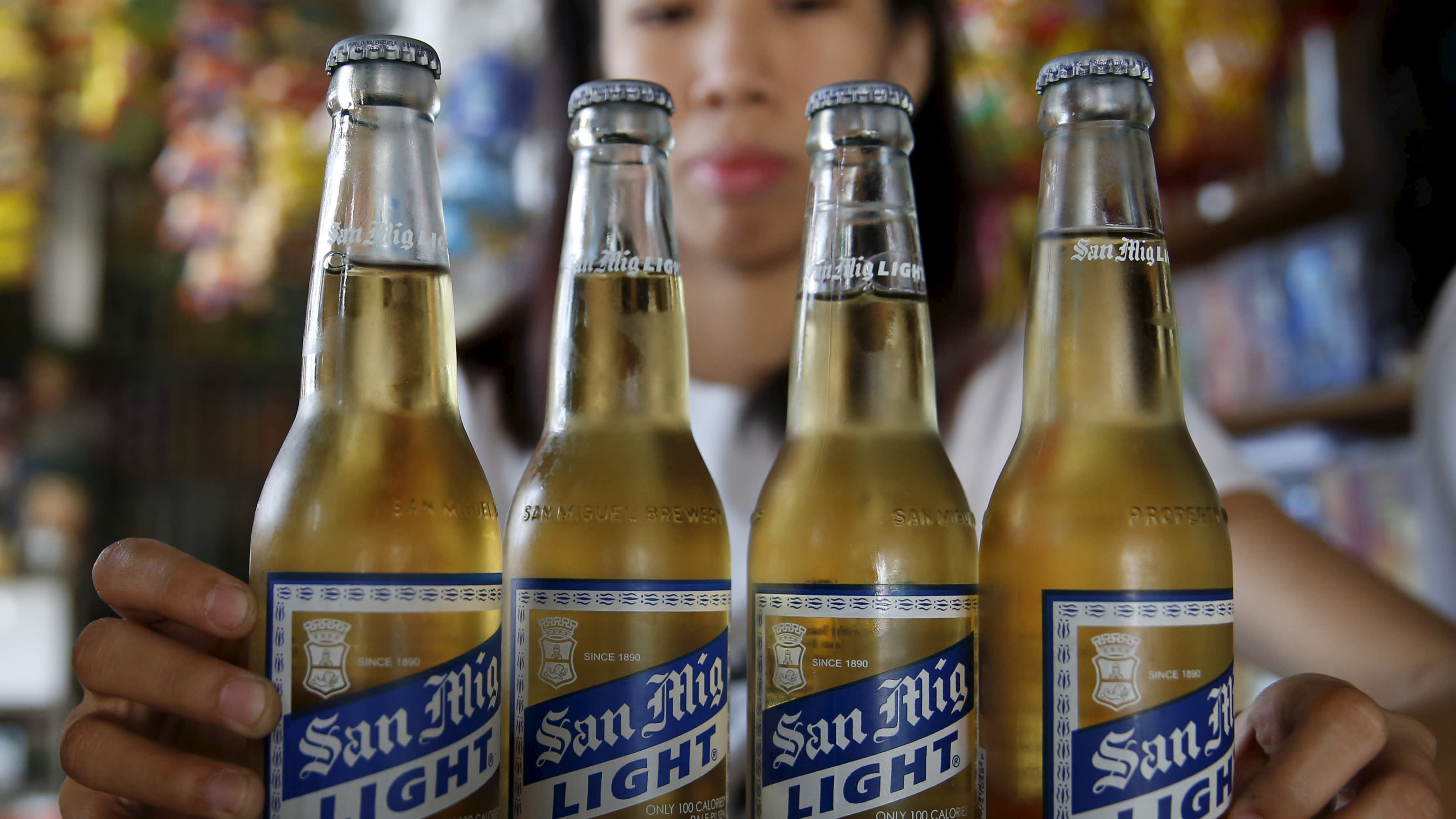 Recurring profit excludes extraordinary items and foreign exchange conversions, which historically erode -- although on paper -- the company's earnings, due to its sizable dollar-denominated liabilities.

San Miguel, the company behind the beer of the same name, expanded into a wide array of industries a decade ago and the 2017 results suggest the diversification is paying off.

Net profit at San Miguel's power unit, which runs coal-fired power plants, nearly doubled to 8.2 billion pesos on lower foreign exchange losses. The company recently won local antitrust authorities' approval to acquire coal power plants jointly owned by U.S.'s AES and Thailand's EGCO Group. The facilities, located in Luzon island and with capacity of around 1,000 megawatts, were acquired in a $1.9 billion deal, one of the largest in the local sector. San Miguel has also ventured into transport infrastructure, mainly domestic tollways, but Thursday's press statement did not disclose the bottom-line for that business.

San Miguel is consolidating its beer, liquor and food units under San Miguel Pure Foods. The merged company, which will be renamed San Miguel Food and Beverage, is expected to become one of the region's largest in the sector.