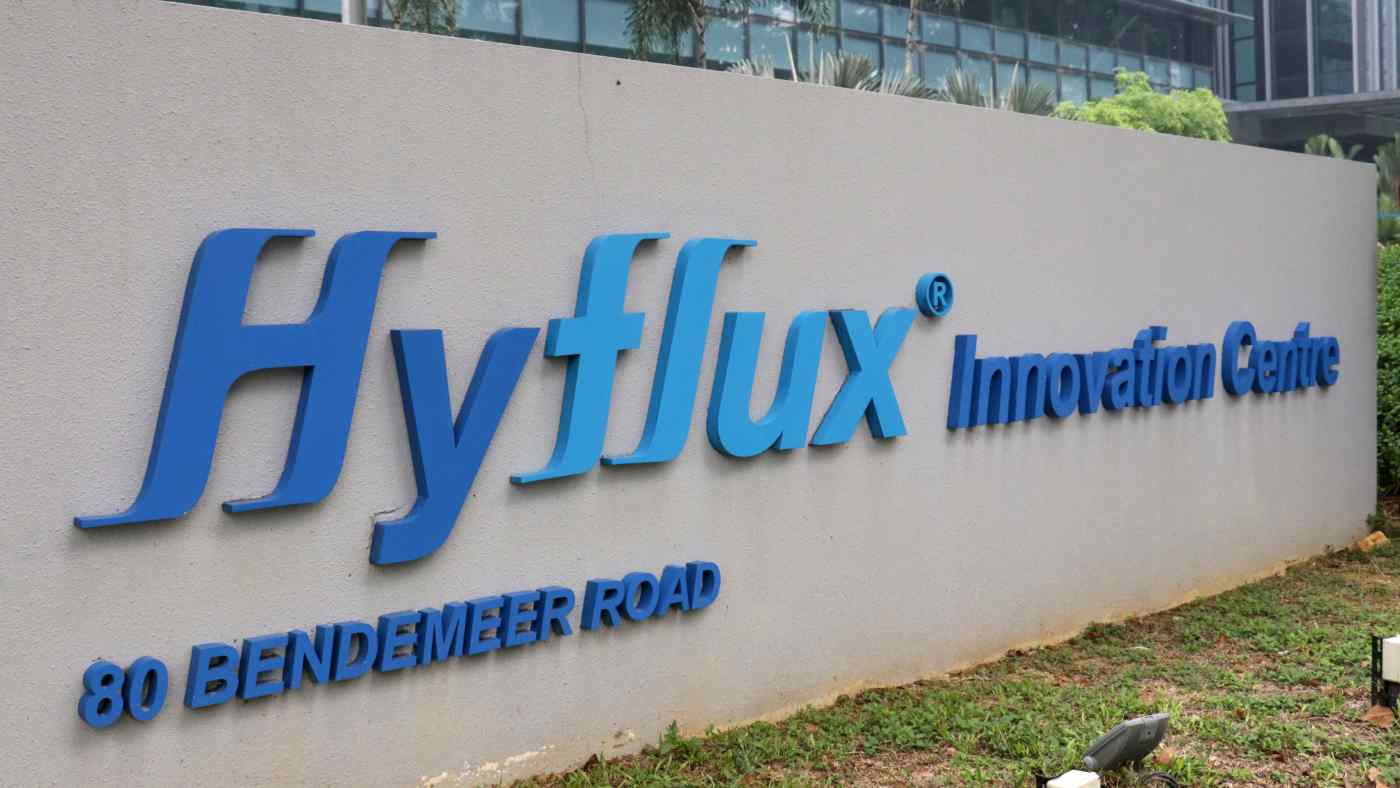 SINGAPORE -- The high court in Singapore on Tuesday granted a six-month debt moratorium to embattled water treatment company Hyflux and its five subsidiaries. The company's ability to sell unwanted assets, such as the Tuaspring water and power project, and re-establish cash flow during this time frame will be key to getting the business back on track.

Hyflux's debt, including bank loans, subordinate loans such as perpetual securities and preference shares, and medium term notes, amounts to more than 3 billion Singapore dollars ($2.2 billion), court documents said. During the moratorium period, which runs until Dec. 19, creditors will not be able to seize any of the company's assets or start any legal action against it.

The company's lawyer, Manoj Sandrasegara from WongPartnership, said in court that if the moratorium was not allowed, "the entire [Hyflux] group will run out of cash in four to five weeks".

Lawyers representing creditors Mizuho Bank of Japan and German development bank KfW called for a shorter reprieve of two to three months. The representative for Mizuho, Hyflux's second largest creditor after Malaysia's Maybank, and the largest in terms of the amount of unsecured loans it holds, insisted that the company should first decide on a more clear restructuring plan, then apply for an extension in order to implement it. However, Judge Aedit Abdullah decided that the 6-month moratorium was "beneficial" to the parties concerned given the size of the projects involved.

WongPartnership revealed that Hyflux was planning to raise S$200 million in rescue financing and had already started talking to a group of potential investors. Achieving this would give the company some breathing space. The company applied to the high court for a moratorium on May 22. According to Singapore's newly amended Company Act, the company was immediately given temporary moratorium of 30 days.

The priority now is to find buyers for its two desalination plants, Tuaspring in Singapore and Tianjin Dagang in China. Hyflux plans to divest the completed projects and use the funds for future projects. The assets have been for sale for some time. Tuaspring's book value is about S$1.4 billion, Sandrasegara told the court.

Hyflux was regarded as a successful venture in helping Singapore move towards water self-sufficiency. There are 24,000 retail investors holding the company's perpetual bonds and preferential shares, many of whom are believed to have invested their retirement savings, attracted by the potential of high returns.