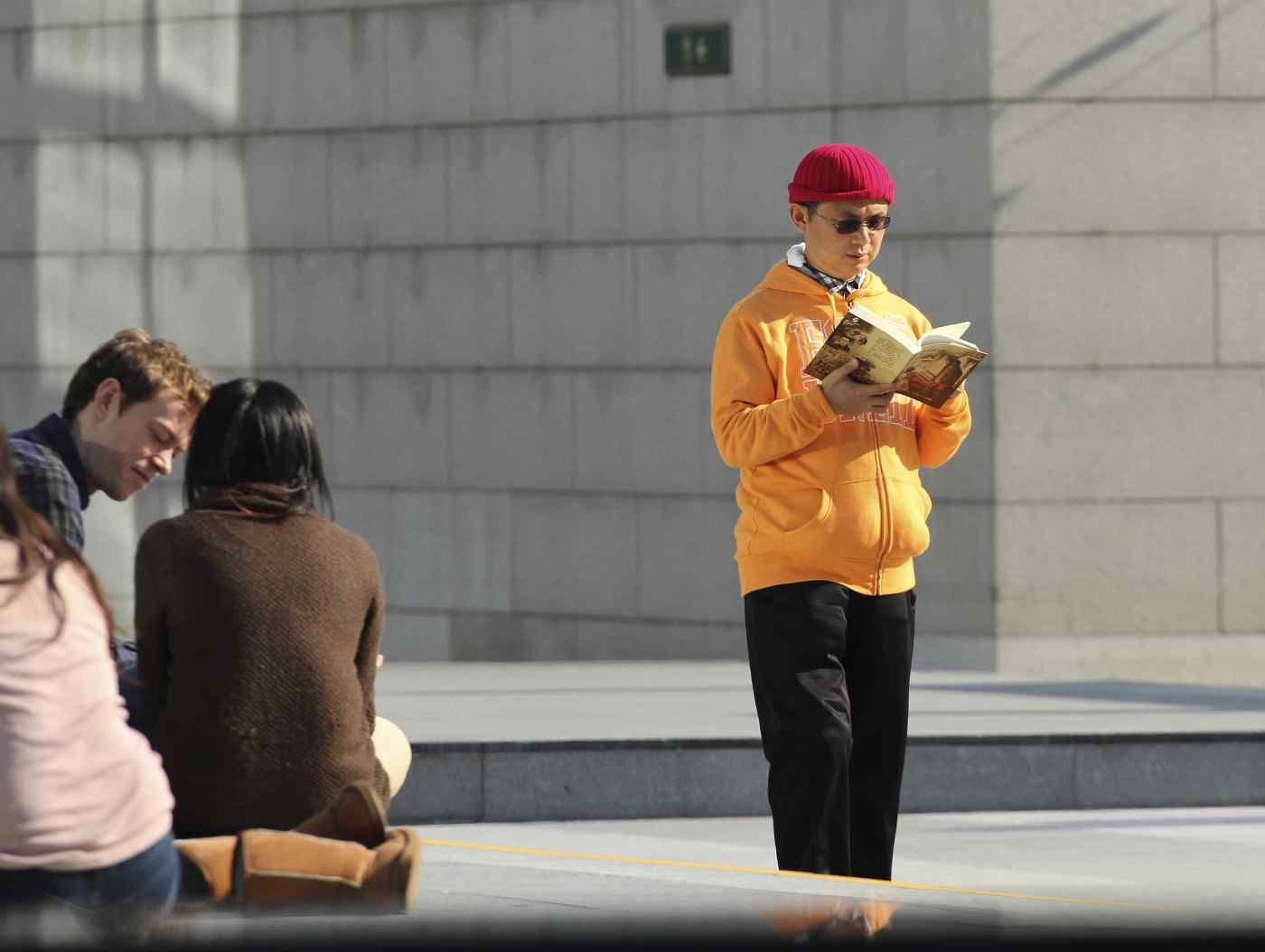 HONG KONG -- The mystery of a missing Chinese billionaire is deepening as conflicting accounts of his whereabouts and alleged abduction in Hong Kong have surfaced, and mainland authorities have yet to offer any explanation.

Xiao Jianhua, a financier with links to Chinese President Xi Jinping and his family, was reportedly kidnapped by mainland security agents from his apartment in Hong Kong's Four Seasons Hotel on Lunar New Year's eve on Jan. 27.

Three statements allegedly from Xiao have emerged since that deny his abduction. The China-born businessman was said to be seeking medical treatment "outside the country" and would meet the media "soon," according to a front-page Hong Kong newspaper notice that was reprinted on Wednesday after his earlier statements on social media were deleted.

The latest statement, signed by Xiao, quoted him as saying that he enjoyed consular protection as a Canadian citizen and was protected by laws in Hong Kong. "Don't worry about me," it said. "The Chinese government is civilized and observes the rule of law. Please don't misunderstand [it]."

Xiao's rebuttals offered little to stop speculation about his mysterious disappearance. Xiao founded Beijing-based Tomorrow Group that owns stakes in property, insurance and coal. The rags-to-riches businessman has an estimated net worth of $6 billion and was ranked 32nd on the Hurun China rich list last year.

There was speculation that Xiao had been approached to assist with investigations related to China's stock market rout in 2015. The market crashed in June that year, with domestic shares on the Shanghai Stock Exchange losing a third of their value within one month.

The South China Morning Post on Thursday cited unnamed sources saying the investigation was targeting market manipulators that led to panic selling. The report did not elaborate on Xiao's role in the market crash, however.

Others believe that Xiao's disappearance is linked to Xi's attempt to eliminate political opponents ahead of a major leadership reshuffle. While the 19th Party Congress scheduled for this autumn is likely to see the retirement of several senior leaders, Xi is widely expected to seize the opportunity to promote his peers and consolidate his power as the "core leader" in the Communist Party.

Observers say Xiao's grasp of sensitive information about China's most powerful ruling class is partly behind his disappearance. Xiao admitted that he helped Xi's sister and brother-in-law to offload considerable assets as the Chinese leader launched a nationwide anti-corruption drive following his rise to power in 2012. Xiao's move was "for the family," his spokeswoman told the New York Times in 2014. A statement attributed to Xiao Jianhua stating he has not been abducted appeared on the front page of Mingpao, a Hong Kong daily newspaper, on Feb. 1.

Overseas political news websites Mingjing News and Bowen Press that broke the news about Xiao's disappearance reported that he was abducted for "opposing" the Chinese leadership. The latter quoted sources saying that Hong Kong police were involved in the incident. But the police stressed that such reports were "purely speculative" and "carried no truth."

In a statement issued late Wednesday night, Hong Kong police confirmed that a family member filed a request for help on Jan. 28 and withdrew it the next day. "Active investigation is underway," police said, adding that they had requested assistance from mainland authorities.

China's high-profile probes in recent years have led to the downfall of several business leaders. In 2015, the heads of state-owned China Southern Airlines and China Telecom resigned after being investigated for "severe disciplinary violations." Guo Guangchang, often dubbed the Chinese Warren Buffett and serves as chairman of the country's largest private conglomerate, Fosun International, went missing briefly to "assist in investigations."

However, the pattern of Xiao's disappearance is perhaps most reminiscent of the case of bookseller Lee Bo, who went missing along with his four business associates. Their bookshop published titles critical of the Chinese leadership.

In 2015, the five men disappeared in Hong Kong and various locations in Southern China and Thailand months before they resurfaced in custody on the mainland. Their families initially filed police reports before withdrawing them allegedly due to political pressure. Those who were released had remained silent, except Lam Wing-kee, who gave a detailed account of his abduction on the mainland and having to give forced confessions based on a script.

Lam said Xiao's case was not on par with that of the missing booksellers, which was "ideological" in nature. "But the way [the mainland authorities] do it sounds familiar. My impression is that it's now becoming a norm," said Lam, speaking to local broadcaster RTHK recently.

These incidents have unnerved many in Hong Kong, nonetheless. They have ignited fears of Beijing's escalating political encroachment in the former British colony, where a "high degree of autonomy" was meant to have been guaranteed under an agreement between Beijing and London until 2047. It is therefore illegal for mainland security agents to operate across the border in Hong Kong.

"It could just be a Lee Bo incident 2.0," said political commentator Poon Siu-to, referring to Xiao's alleged abduction. "[If ] Hong Kong were to fall into the territory of the mainland's forceful security agents ... the principle of 'one country, two systems' would be in name only."