Flush with cash and big on ideas, new players are fast 'unbundling' the auto sector 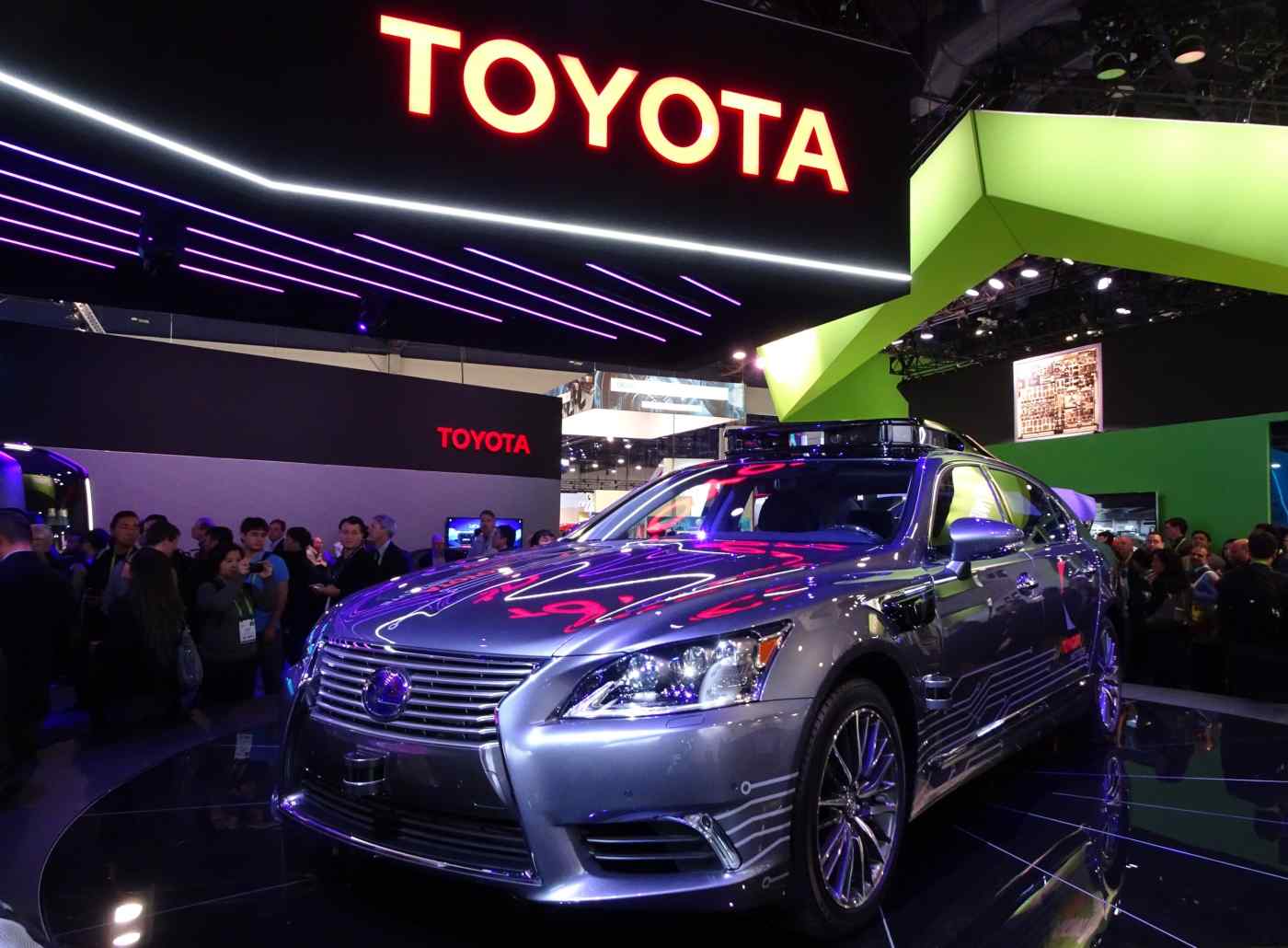 TOKYO -- Startups are fast entering the auto industry in the areas of autonomous driving and other next-generation vehicle technology as the sector enters a new era.

These new players are reshaping the industry, a process known as "unbundling," which the telecommunications and information technology industries have already undergone.

Demonstrating his contribution to the effort, Luminar Technologies CEO Austin Russell sat in a van and explained a screen on which dotted patterns depicted the area around the recent CES in Las Vegas.

"For the first time, we are able to see not just certain types of objects but all types of objects 200 meters [away]," said the 22-year-old Russell. His California-based startup is developing the "eye" of autonomous cars with lidar, a type of laser used to measure ranges.

"200 meters out here represents about 7 seconds ahead at freeway speeds of 75 miles per hour," he explained. "We knew that you need that kind of reaction time and stopping distance to be able to safely react to any type of odd [road] scenario."

Russell started the business when he was 17 after dropping out of Stanford University in the U.S, where he studied applied physics for three months.

Russell developed his version of lidar with financial backing from Peter Thiel, co-founder of electric payment service PayPal and an early Facebook investor.

"It was back when the autonomous vehicle space wasn't super hot and it was a big bet," he said.

Russel spent five years trying to extend the sensing distance from about 30-40 meters to 200 meters, building the system from the ground up. One of the keys to his success was replacing silicon with indium gallium arsenide to improve sensing capabilities. 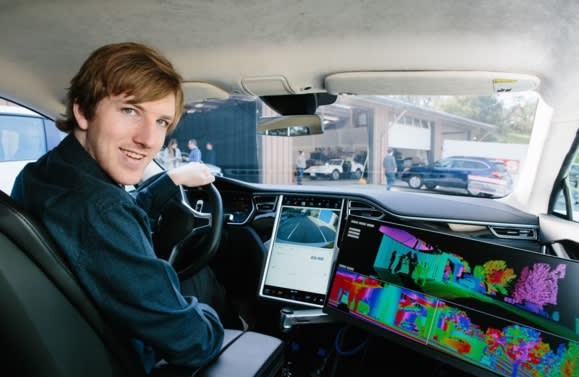 Conventional power relationships in the automotive industry no longer exist. Parts makers used to work behind the scenes with automakers, but Luminar intends to brand their products like Intel does with its "Intel Inside" tagline.

British analytics provider IHS Markit forecasts that worldwide sales of autonomous cars will exceed 33 million units in 2040. But traditional auto industry giants have yet to develop technology for the vehicles, providing startups and other "outsiders" a chance to break into the industry.

Maha Achour, CEO of Metawave, a developer of automotive radar, shares this observation: "The pyramid and value chain that has been in existence for the past 100 years in the automotive industry has changed."

Her California-based startup has also set its sights on the 200m threshold and beyond. It is trying to upgrade materials and apply artificial intelligence using technology from the Palo Alto Research Center, a subsidiary of Xerox, and funds from entities such as Chinese automaker SAIC Motor.

After establishment in 2017, Metawave quickly formed a 15-member team comprising staff from PARC that included engineers in AI and materials.

Achour has experience in wireless technology and said that although lidar is generating a lot of interest, the technology is limited.

"The car doesn't have vision today," she said. "The lidar company says it does but it does not. The cars need to see objects at 250 or 300 meters, but there is no way lidar can deliver that."

The CEO noted that autonomous cars need to work in all types of weather. "You don't want the car to stop and wait for fog to go away."

Illinois-based AutonomouStuff is also finding opportunity in the evolving vehicle industry. CEO Robert Hambrick drew on his experience in automated production lines to develop sensors when he founded the company in 2010. Now the company is engaged in a broad range of businesses, including manufacture of autonomous cars for test purposes.

"As the automotive industry has changed a lot, nobody can do everything alone," said Hambrick.

Meanwhile, startups are raising huge amounts of money. According to global consulting company PwC, new automotive technology companies have received more than $900 million in U.S. venture capital during the January-September period in 2017, surpassing the $882 million figure of 2016.

One benefactor of this largesse has been Shakeel Avadhany, CEO of Massachusetts-based ClearMotion, who noted the shift in investor approach. "After Mobileye, Uber and DiDi, it changed very much. It changed dramatically," he said.

ClearMotion was founded by graduates from the Massachusetts Institute of Technology in 2009. By 2017, it was funneling $180 million raised from JPMorgan Chase and Bridgestone into the development of automobile suspension systems, especially shock absorbers.

Avadhany spoke of the era of autonomous vehicles, revealing ClearMotion's role: "Now the car industry is focusing on how to get to a destination safely, and then get to [specific destinations]. Those are the first two priorities. Once we achieve that, next is smoothness."

All the pieces for unbundling the automotive industry -- young entrepreneurs, technologies, human resources and funds -- are mostly in place.

To complete the unbundling, issues related to speed, mass production and relationships between automotive companies and startups need to be addressed.

Startups take on projects that require fast development and production, an area that larger, more established corporations don't do as well.

The business cycle in the automotive industry runs about seven years as compared to the one-year cycle for smartphones. A senior official at a chipmaker, which recently began development for autos, said that this difference is huge.

Mass production is another issue. Makers of autos and parts have only recently started applying the new technologies to trial vehicles. Development and production require different capabilities, a fact not lost on U.S. electric vehicle maker Tesla, which is struggling with production.

To help bridge the gap, one major automaker may dispatch mass-production experts to its research center in California's Silicon Valley.

Last, although being bought by large companies is often attractive for startups, they increasingly opt to remain independent. The ample supply of funds at their disposal will likely see this trend continue. This makes it important for independent disruptors and established automakers to find ways to bond in beneficial relationships.