Formosa Plastics Group is monitoring and assessing the impact of a trade war if the U.S. does impose those tariffs on key metals.
CHENG TING-FANG, Nikkei staff writerMarch 6, 2018 00:21 JST | Taiwan
CopyCopied

TAIPEI -- The chairman of Taiwan's largest industrial conglomerate Formosa Plastics Group on Monday said his company's $15 billion investment in the U.S will not be affected by President Donald Trump's plan to impose across-the-board tariffs on imported steel and aluminum.

"We do think Trump's measure [to impose steel and aluminum tariffs] would lead to trade frictions in the world ... We don't know if such aggressive methods would pay off for the American economy and its impact is still unknown," Formosa Plastics Chairman William Wong said in a press conference. "But our commitment to invest in the U.S. would not be affected for sure."

Trump said on March 1 that his administration was planning to impose a 25% tariff on imported steel and a 10% duty on aluminum.

Wong said the U.S. was still the best location for petrochemical companies to invest in, thanks to cheap shale gas in the country that brings down  production costs substantially.

"For petrochemical company like us, we see the best investment of returns in the U.S. compared with China and Taiwan," said Wong. He also pointed to a trustworthy legal system and clearly defined laws there for investors and business owners. 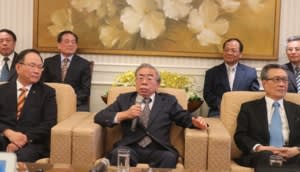 Shale gas is a key raw material in the production of ethylene, a basic petrochemical product widely used in manufacturing plastics and other chemical outputs. Most Asia petrochemical companies previously used naphtha, which is more expensive and extracted from crude oil, as a raw material.

Formosa Plastics is making a record investment in the U.S. In Texas, the group is expanding operations and building new polyethylene and ethylene glycol production facilities with a total investment of $5 billion. Some of the new factories will be completed by the end of 2018 and begin production next year. Polyethylene is one of the most widely used plastic materials present in bottles and wrappers, while ethylene glycol is a major source of polyester fibers and resins.

In Louisiana, the Taiwanese company is also working on a project, worth around $10 billion, for an ethane cracker and other plastic and petrochemical plants. The plan still needs to undergo environmental impact assessments in the U.S. but the project is set to start production in 2022.

Lin Keh-yen, executive vice president of Formosa Petrochemical, the group's petrochemical arm, said his company expects the assessments to be completed by next year.

Lin said his company is monitoring and assessing the impact of a trade war if the U.S. does impose those tariffs on key metals, as steel is widely used in building petrochemical plants. The European Union has threatened retaliation against the U.S.

"We do think such tariff could drive up cost of building petrochemical projects ... As we are still in the planning stage, we will see how things play out eventually and evaluate again the cost at the end of this year," said Lin.