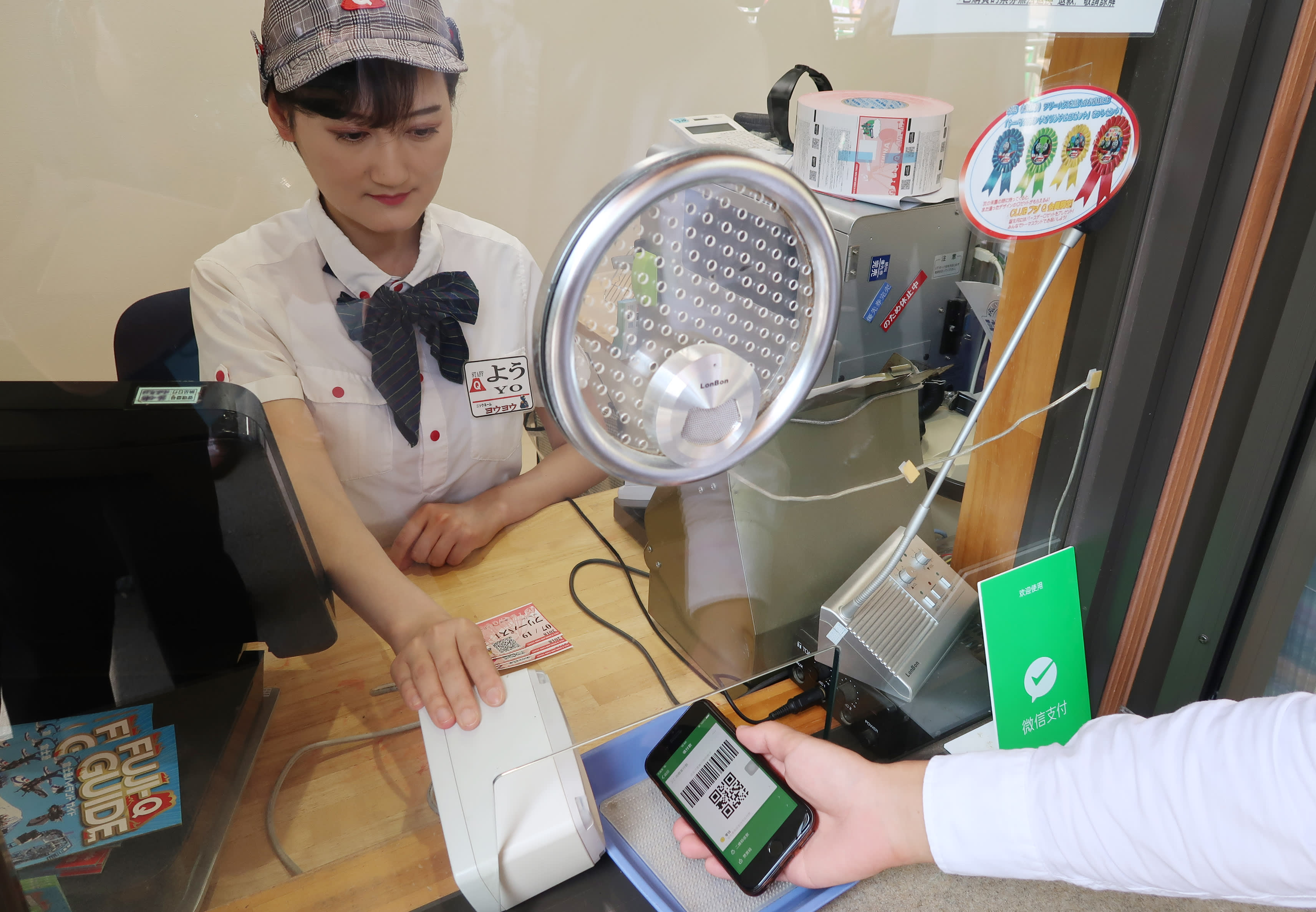 TOKYO -- Tencent Holdings and Japanese railway company Fuji Kyuko have collaborated to bring the Chinese tech group's WeChat Pay and other "smart services" to an amusement park near Mount Fuji.

With the area around Japan's most famous mountain already popular among Chinese visitors, Tencent aims to use the park -- formally known as Fujikyu Highland -- as a springboard to expand WeChat Pay to other Chinese tourist destinations.

"I'm accustomed to life without a wallet," said Wang Bowen, a 37-year-old tourist from Guangzhou. "It is very convenient to use WeChat Pay in this park," he added while ordering curry and rice for 900 yen ($8) at a restaurant.

Popularly known as Fuji-Q, the park is been decorated with posters and banners sporting the green color used in WeChat's branding.

"Chinese tourists are our most important customers, we want to offer them a more convenient experience," Fuji Kyuko President Koichiro Horiuchi said on Thursday, when the payment service made its debut at the park.

WeChat has 1 billion active users, while WeChat Pay has 800 million accounts and operates in 40 markets. Most users are Chinese, but Tencent seeks to expand into new business areas.

"We are not only a payment service but also a communication platform," said Freedom Li, WeChat Pay vice president. "We hope to spread the word about the attractions of Fujikyu Highland to Chinese newcomers."

Tencent plans to roll out more services in the area. Grace Yin, director of international business at WeChat Pay, said the company had attempted to improve the issue of long waits at Shanghai Disneyland by providing visitors with games or information about the attractions via the WeChat platform. 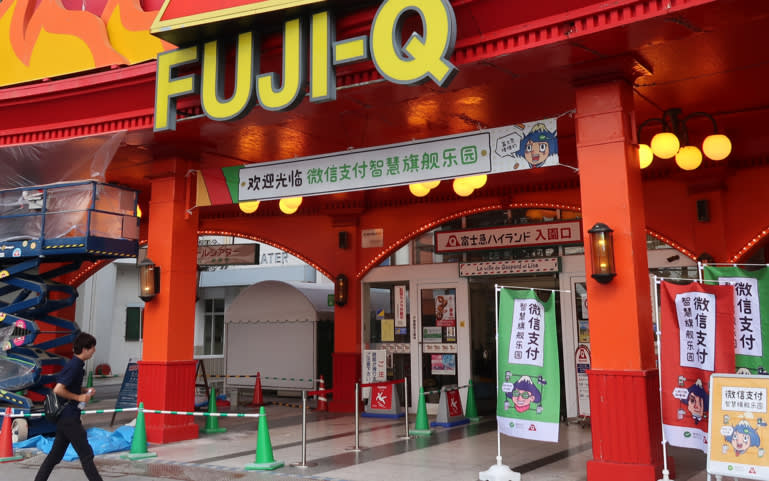 There are banners of WeChat Pay at a gate of Fujikyu Highland. (Photo by Akihide Anzai)

Japan is seeing a big increase in foreign tourists, with the Mount Fuji area one of the most popular destinations. In 2016, 36 million tourists visited the area, a rise of 20% from five years earlier, according to Takanori Saito, executive officer of Fuji Kyuko. "This increase is driven by inbound tourists," he said. "Half the people coming through our core railway station are foreign tourists."

Visitors to the Fujikyu Highland area, which includes hot springs and hotels besides the park, number 2.3 million a year. That has remained flat in recent years as an increase in foreign tourists was offset by a drop in young visitors, a byproduct of Japan's shrinking youth population.

Fujikyu Highland's popularity with foreigners may not reach the heights of attractions such as Tokyo Disneyland or Universal Studios Japan, but the park is well-known among Japanese because of attractions like Do-Dodonpa, a roller coaster that reaches a speed of 180 kph in 1.56 seconds.

Tencent's strategy is to choose one partner company per industry per area, and offer them an array of marketing solutions. As its flagship partners in Japan, Tencent chose Don Quijote Holdings, the operator of a well-known chain of discount shops, and New Chitose Airport near Sapporo. It plans to extend its reach to other destinations popular with Chinese visitors.