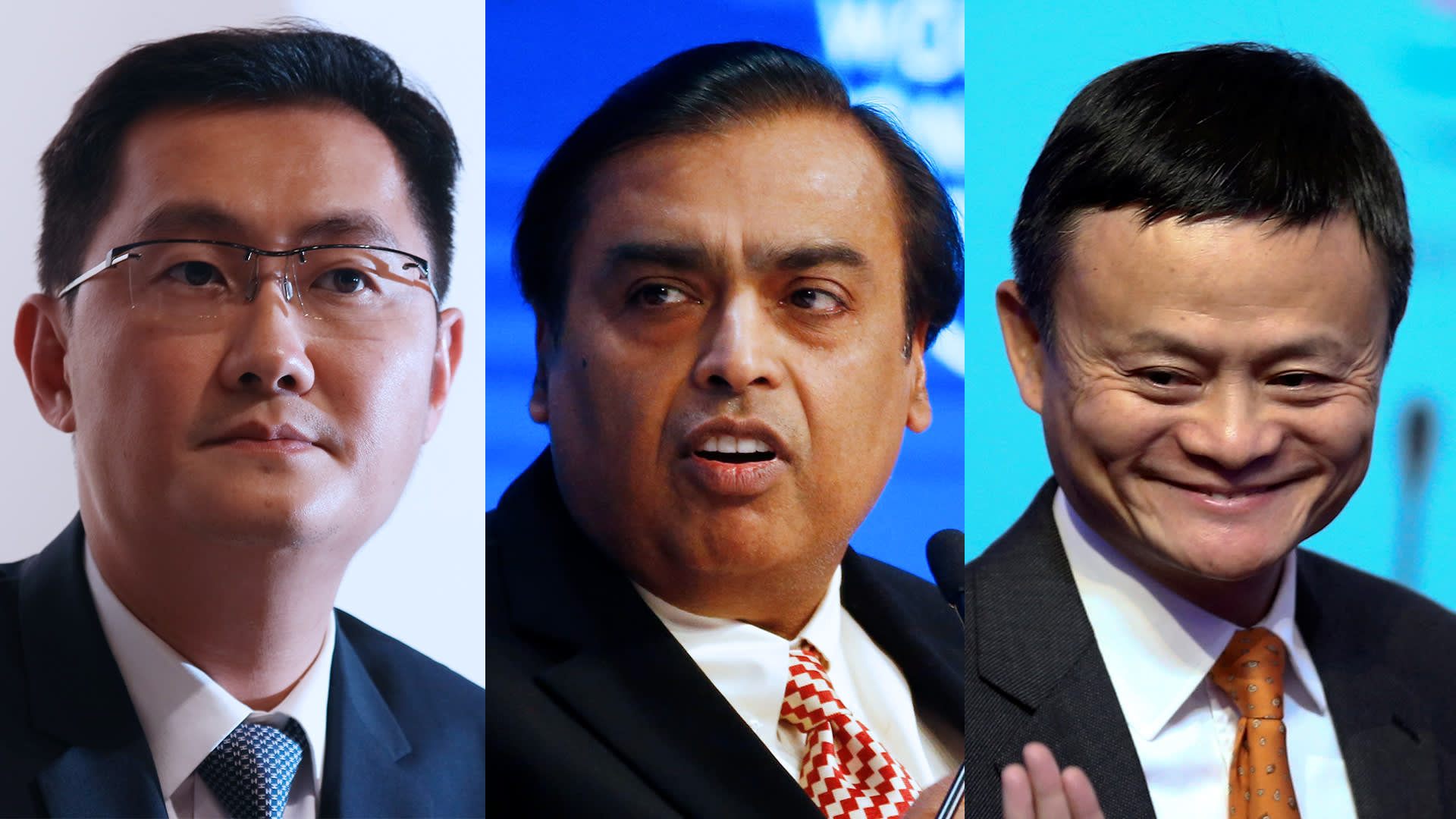 TOKYO -- As Amazon.com founder Jeff Bezos snatched the title of richest person in the world this year by overtaking Microsoft founder Bill Gates for the first time, Asia's rich list has also witnessed a major shift to be dominated by billionaires springing from successful web businesses.

According to the latest ranking released by Forbes on Tuesday, Pony Ma Huateng, the founder, chairman and chief executive of Tencent Holdings, has taken over the title as Asia's richest person from Wang Jianlin of Dalian Wanda Group.

Ma, whose net worth of $45.3 billion has pushed his global ranking up to 17th from 31st last year, created a business empire from the WeChat social media app, which boasts over 900 million users predominantly in mainland China. Tencent has rapidly expanded its operations into related sectors and businesses such as online games and payment services. The Shenzhen-based internet conglomerate is now the most valuable listed company in Asia with a market capitalization of 4.124 trillion Hong Kong dollars ($526 billion) as of Wednesday, making it smaller than Amazon but larger than Facebook.

Wanda's Wang, meanwhile, who created his wealth mainly through real estate development and an aggressive strategy of mergers and acquisitions, saw his net worth slide to $30 billion from $31.3 billion, with his global ranking slipping to 26th from 18th.

The change of fortune came as Beijing last year started to reign in on highly-leveraged acquisitive companies -- such as Wanda, Anbang Insurance, Fosun International and HNA -- as the country began fretting about capital flight. Wanda's recent debt-fueled spending spree, which included the purchase of U.S. theater chain AMC Entertainment and Hollywood production company Lengendary Entertainment, overstretched the group and it is now in the phase of selling off assets to reduce debt. 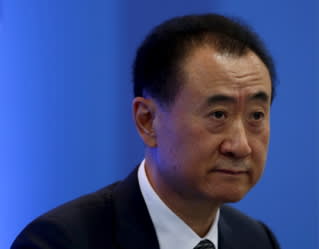 Wang Jianlin, Chairman of Dalian Wanda Group, in a forum in Hong Kong in January 2016   © Reuters

Meanwhile, Pony Ma's major homegrown rival, Jack Ma Yun -- the founder of Alibaba Group Holding -- emerged as the second richest mainland Chinese on the list, with a net worth of $39 billion, ranking him 20th in the world.

In Hong Kong, 89-year-old tycoon Li Ka-shing, who once led Asia's richest list and acts as chairman at CK Hutchison Holdings and CK Asset Holdings, saw his global ranking fall to 23rd from 19th, even as his net worth grew 12%. His peer Lee Shau-kee, the 90-year-old chairman of Henderson Land Development, climbed to 24th from 32nd on the back of a 24% rise in his net worth.

From India, Mukesh Ambani moved into second place in Asia, placing him at 19th in the global charts. As the elder son of industrial mogul Dhirubhai Ambani, Mukesh is the chairman of oil-to-telecoms conglomerate Reliance Industries, which in recent years became a major disruptor of the Indian mobile phone market with its competitively priced Reliance Jio unit.

South Korea's Samsung Electronics chairman Lee Kun-hee came in at 61st, while three Japanese businessmen are on the list -- Masayoshi Son, CEO of SoftBank Group, was at 39th; Tadashi Yanai, head of the Uniqlo clothing chain, at 55th; and Takemitsu Takizaki, founder of sensor maker Keyence, at 68th.

Six Southeast Asians made it into the list, led by Henry Sy, founder of Philippine conglomerate SM Investments, at 52nd place.

The total number of billionaires increased to a record 2,208 this year from last year's 2,043, reflecting rises in stock markets that have boosted their assets.

Americans led the list with 585 billionaires, followed by mainland Chinese with 373.

Among the top 100, 29 were Asians, including 10 from mainland China, five from Hong Kong and four from India.

The list covers people with an estimated net worth of at least $1 billion as of Feb. 9 this year. Forbes measured the value of various assets owned by these individuals, including stocks, real estate, art and yachts.