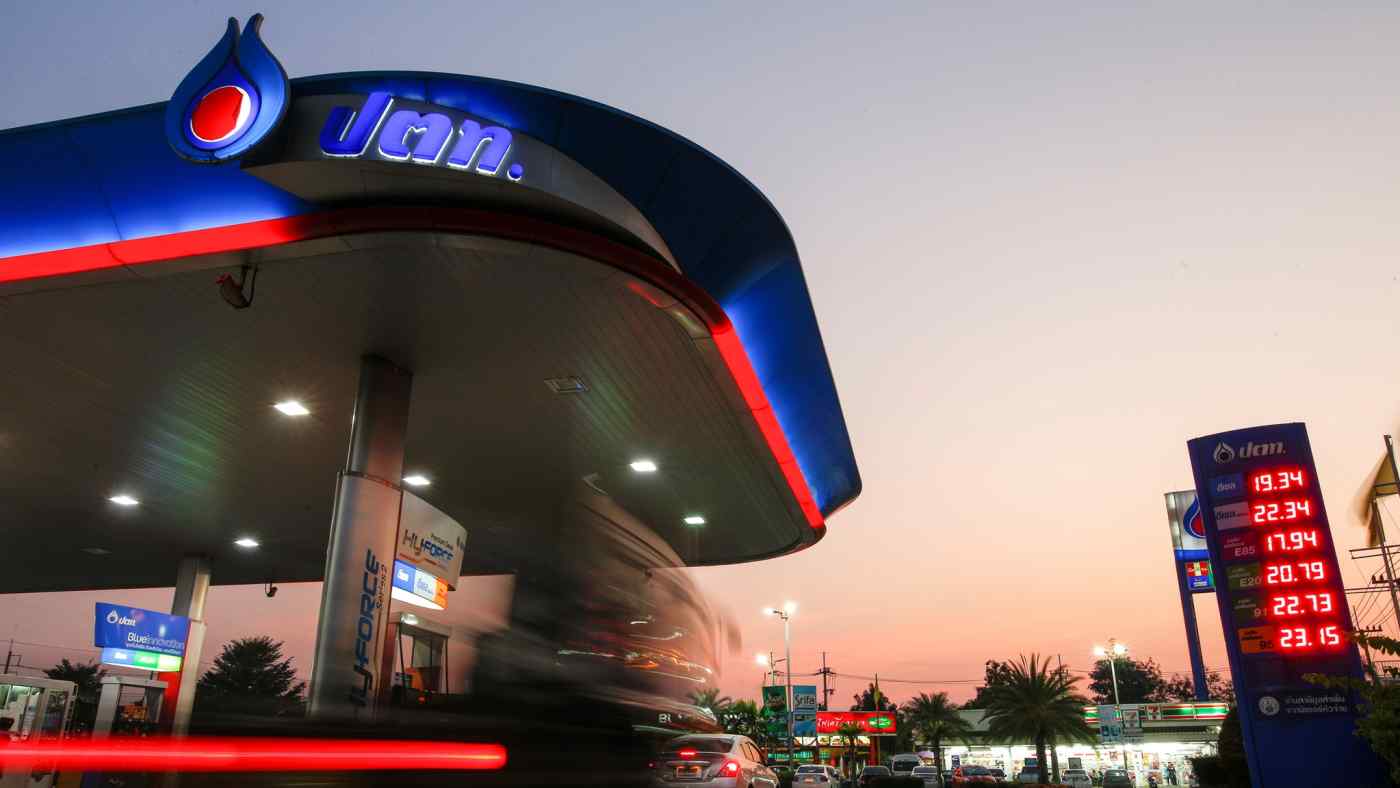 BANGKOK -- Thai oil and gas group PTT has begun transferring assets to its retail and consumer business, preparing to spin off the operation and list it on the Stock Exchange of Thailand.

The spun-off company, named PTT Oil and Retail, will include the group's 1,500 gas stations nationwide as well as consumer-oriented businesses like coffee shops and convenience stores. Those operations generate about 20% of the majority state-owned group's net profit.

Regulations for state-run enterprises will not apply to PTTOR, allowing it more flexibility to complete acquisitions and accelerate foreign expansion.

"We are in the filing process, which will be closely monitored by the Securities and Exchange Commission, so we cannot say anything in detail," PTT chief executive Tevin Vongvanich said on Aug. 15. "What I can say is that we are still on track to list PTTOR" on the Thai exchange, a process expected to be completed by the end of this year.

Analysts  project the initial public offering for PTTOR to take place in the first half of 2019.

The process of spinning off the retail business entails selling some of the conglomerate's assets to PTTOR, which likely will bring additional revenue to PTT in the third quarter and could lift net earnings for that period, said Nitima Thepvanangkul, PTT's chief financial officer.

These asset transfers started in July, she said.

PTT posted a smaller profit in the second quarter as a weaker baht increased expenses for the group's PTT Exploration and Production arm, Tevin said. Net profit fell 24.5% on the year to 30 billion baht ($902 million). 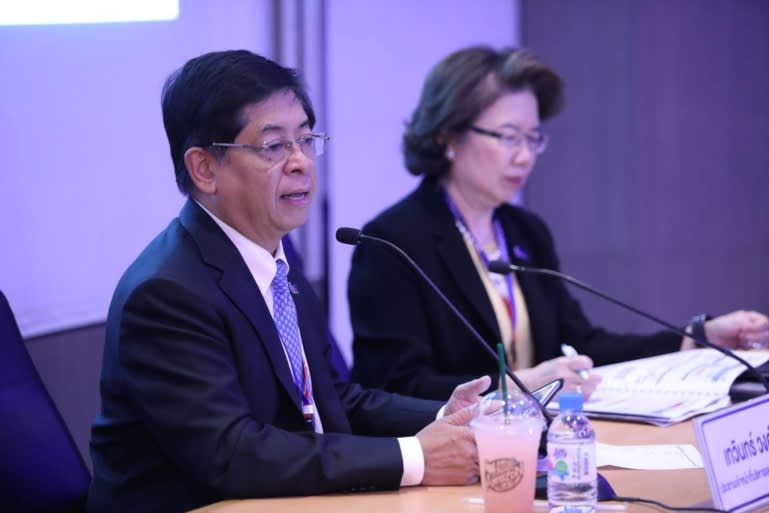 President and CEO Tevin Vongvanich, left, says PTT remains on track to list its retail and consumer operation on the Stock Exchange of Thailand.

But a stronger performance in the gas separation and petrochemical business improved revenue and pared losses from the exchange rate, he said.

As a result, the group reported a total net profit of 69.8 billion baht, down 9.9% from 77.5 billion baht in the previous year.

Despite PTTEP's expenses, the company continues new investment in exploration and production in Thailand and around Southeast Asia, the company's strongholds.

PTTEP officially joined the new bidding round for operating licenses of the Bongkot and Erawan offshore gas blocks in the Gulf of Thailand, which are due to expire in 2022 and 2023.

PTTEP acquired a 22.22% stake in the Bongkot gas block from Shell affiliates, lifting the Thai company's stake in the block to 66.66%. The acquisition fits PTTEP's growth strategy of expanding its investments through mergers and acquisitions to add petroleum reserves for the short and long term.

"Operating the Bongkot field for 20 years has enhanced our expertise and experience in gas fields in the Gulf of Thailand with competitive operating costs and ultimately delivering greater benefits to the country," said Somporn Vongvuthipornchai, chief executive of PTTEP.

Analysts see the major operators of the two blocks -- PTTEP and Chevron -- as likely to win the new round of bidding due to their expertise in operating the deep sea offshore gas blocks.

Apart from Thailand, PTTEP also aims to join a new round of bidding for oil and gas exploration rights in Myanmar, due to open by the end of this year, hoping to cash in on higher crude prices.

More gas production from Myanmar also would contribute to Thailand's energy security. The country generates more than 70% of its electricity from natural gas, and domestic supplies are dwindling.

The continuous investment in Thailand and Southeast Asia also contributed to PTTEP posting a 49% drop in profit on the year to $113 million for the second quarter of 2018. Net profit for the first half reached $536 million, down 6% from the previous year.