Thai seafood exporter strives to clean up its act 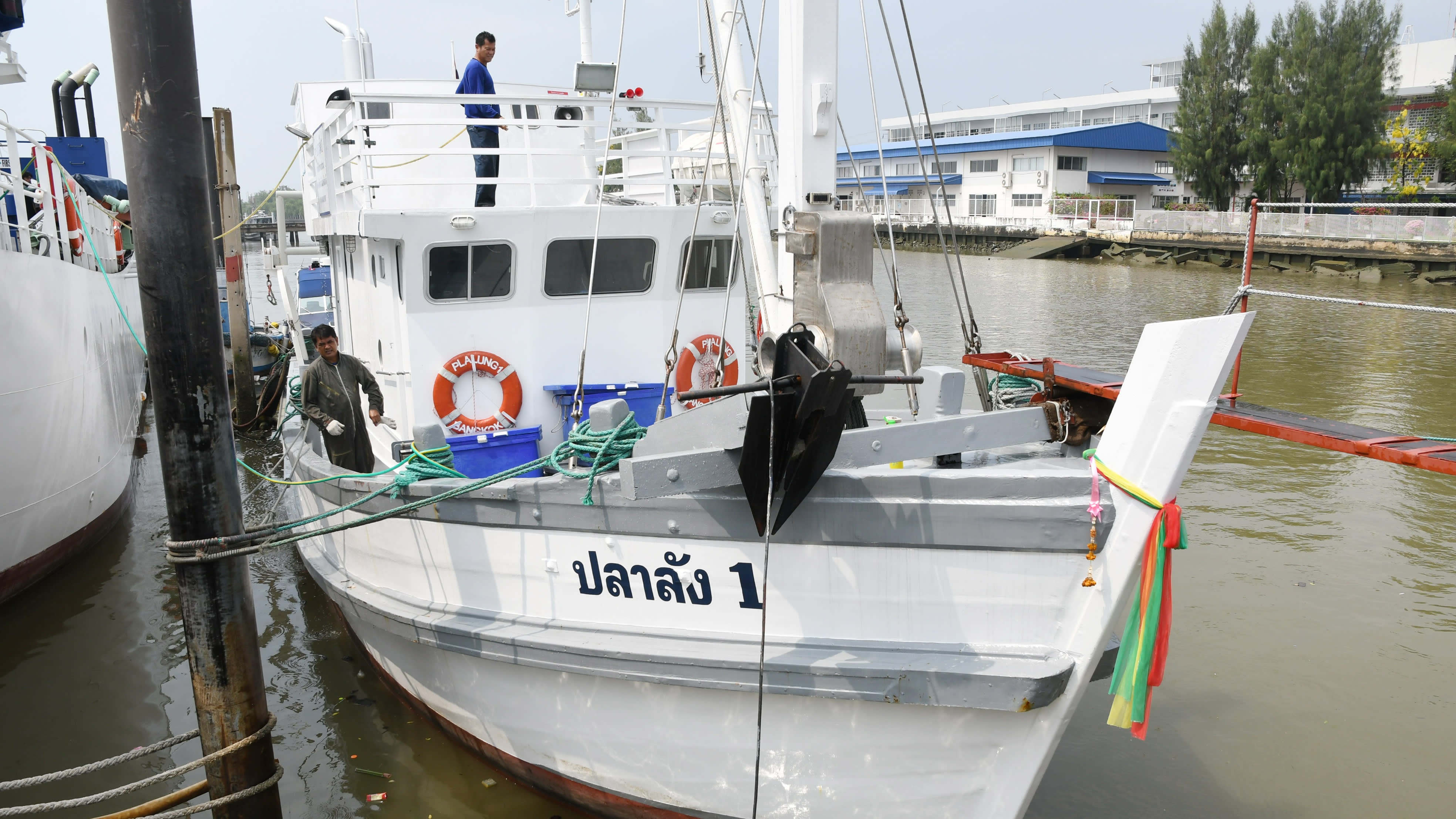 About a year has passed since Thai Union reached an agreement with international environmental group Greenpeace, which had called for a boycott of the company's products to protest its its fishing practices. Given the importance of overseas markets to Thai Union, the seafood processor is being compelled to address the concerns of nongovernmental groups, as well as the U.S. and European governments.

One step in that direction is the Pla Lung 1, a new fishing boat meant to make life on board better for workers.

The small white vessel, docked at a port in the central Thai province of Samut Prakan, has been remodeled. The original wooden boat now has an upper deck. Inside the cabin are a bunk bed, a clean toilet and other amenities.

"I am happy that I am able to sleep in a bed," said the Pla Lung 1's Thai captain, Trakul Sangphuek, who has worked in the fishing industry for more than 30 years. The boat is "very convenient and comfortable," the 58-year-old said.

The Pla Lung 1 is also fitted with a simple shower, a small galley and a lounge with a large-screen TV. Crew members cannot watch TV at sea, but they can watch DVDs. A gas stove allows the crew to eat warm meals.

Outfitting the boat cost 2.3 million baht ($69,300), with expenses split between Thai Union and its partner, Swiss food processor Nestle. The two companies were spurred to action by governments and private groups in the U.S. and Europe. Greenpeace in 2015 lambasted Thai Union and Nestle for profiting from forced labor from Myanmar. The same year, the European Union issued a "yellow card" to Thailand over labor violations and lax regulation in its fishing industry, warning it to improve or face an import ban. The refurbished Pla Lung 1. Thai Union renovated the fishing boat as part of its commitment to improve working conditions. (Photo by Takaki Kashiwabara)

Fishing has long been a grueling way to make a living in Thailand. "The Thai fishing industry hasn't changed for 100 years," said Mark Vikitsreth, manager of Thai Union's sustainable development department, who oversaw the refit of the Pla Lung 1.

Fishermen sometimes live aboard their vessels for up to a month. But Thai fishing boats typically lack sleeping berths and toilets. The industry has been criticized for tolerating poor working and living conditions. In one case, 40 to 50 crew members were jammed onto a 17-meter boat.

Since Thai Union reached the agreement with Greenpeace in July 2017, the company has regularly invited senior officials from the organization to its headquarters. Discussions between the two sides are continuing.

"Thai Union looks forward to continuing to execute our sustainability strategy, strengthened and enhanced by the joint agreement with Greenpeace, to work toward healthy seas now and for future generations," said CEO Thiraphong Chansiri at an event last November marking the company's 40th anniversary.

The U.S. and Europe are Thai Union's key markets, together accounting for 70% of its sales. The company is working to make its business model more palatable to its biggest clients. Every year, the company contributes more than 100 million baht, or 2% of its net profit, to environmental and human rights charities.

Thai Union is a pioneer, if a reluctant one at first. Many companies in the country and elsewhere in Southeast Asia have prioritized growth over the environment and worker rights.

The Thai government has responded to the Western pressure, revising laws governing the fishing industry in 2015. It banned the use of equipment that contributes to overfishing and required registration of migrant crew members.

Some of these changes have paid off. The English-language Bangkok Post said in an editorial on March 15: "If there are any 'achievements' the military government can claim and boast about for its performance during the past three years, its effort to clean up the country's fishing and seafood processing industries is one of them."

The EU yellow card, which Thailand had hoped would expire in April, was extended. European regulators view the country's steps to deal with illegal fishing practices as inadequate. But a European diplomatic source said the EU had acknowledged that Thailand has made progress. The source added that the bloc may review its assessment before the end of the year.