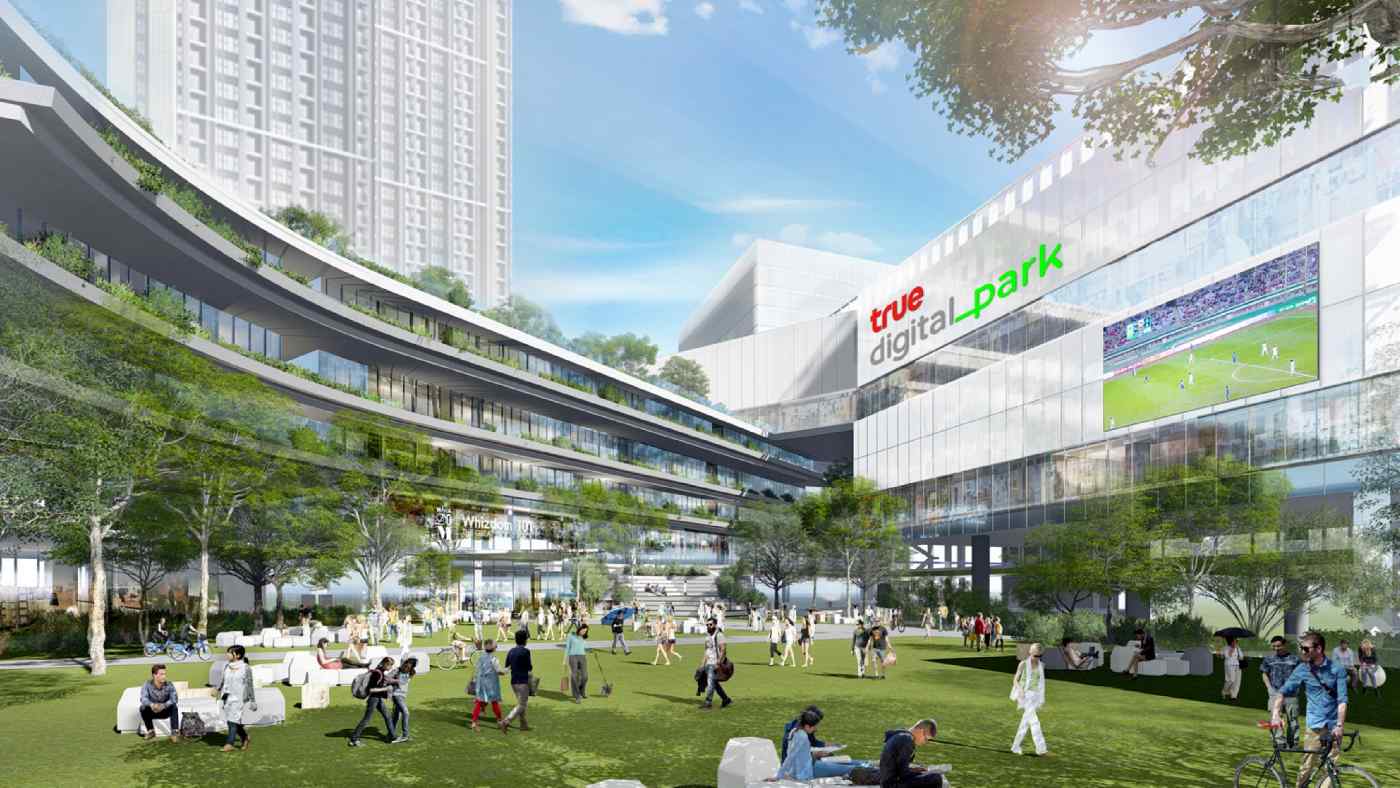 BANGKOK -- While Singapore boasts ride-hailing service Grab and Indonesia has travel platform Traveloka, Thailand has yet to produce a startup valued at $1 billion or more.

Dtac, as the company is known, has established a support system for venture businesses. The system includes a training program devised by Google to improve the design and usability of services developed by venture companies. Japanese messaging app provider Line, which has 42 million users in Thailand, has been brought in to help with marketing the service.

True Corp., the second-largest provider, plans to create an incubation facility for new ventures by 2021. The facility will be built within a 77,000-sq.-meter section of the True Digital Park complex being constructed in Bangkok.

The first phase of the project is scheduled for completion by the end of this year and will provide co-working office space and support programs for new businesses.

Last autumn, the company sought out new ideas through a TV show in which budding entrepreneurs had to give elevator pitches. The shows' four judges would wait on the 63rd floor and watch as each entrepreneur gave their pitches on the way up.

The drive to foster new businesses has been prompted by intensified competition in a telecoms saturated market. Thailand's mobile phone penetration rate now stands at 130%. Operators are now looking for ways to prop up their services, said a DBS Vickers Securities (Thailand) analyst. One avenue could be to discover promising apps.

While the business environment for startups is improving, the number of standout new companies remains small.

The U.S. and China dominate when it comes to producing unicorns, but Southeast Asia is starting to emerge.

Venture businesses in the region raised a total of $7.8 billion in 2017, an all-time high and up threefold from the previous year, according to Tech in Asia, a tech information site in Singapore.

But the increase was led by startups in the city-state and Indonesia, with 93% of the total raised in these the two countries alone, while Thailand accounted for just 2%.

As an international financial hub, Singapore has little trouble attracting investment, while Indonesia's population of over 250 million provides access to a huge customer base, even if a service is not particularly innovative, said Koichi Saito, founder and general partner of KK Fund, which invests mainly in Southeast Asia.

Plenty of new businesses are set up in Thailand, but most engage in the sale of handmade merchandise or localization of apps used overseas, while few have developed services that can be exported.

An insular perspective has also hampered the emergence of unicorns. "Cutting-edge services are not created in Thailand," said a top executive of a leading venture company.

The company had no intention of expanding overseas, he explained. Instead, it was easier to localize and release services from elsewhere as it typically took a year or two for popular products in the U.S. or China to reach the Thai market.