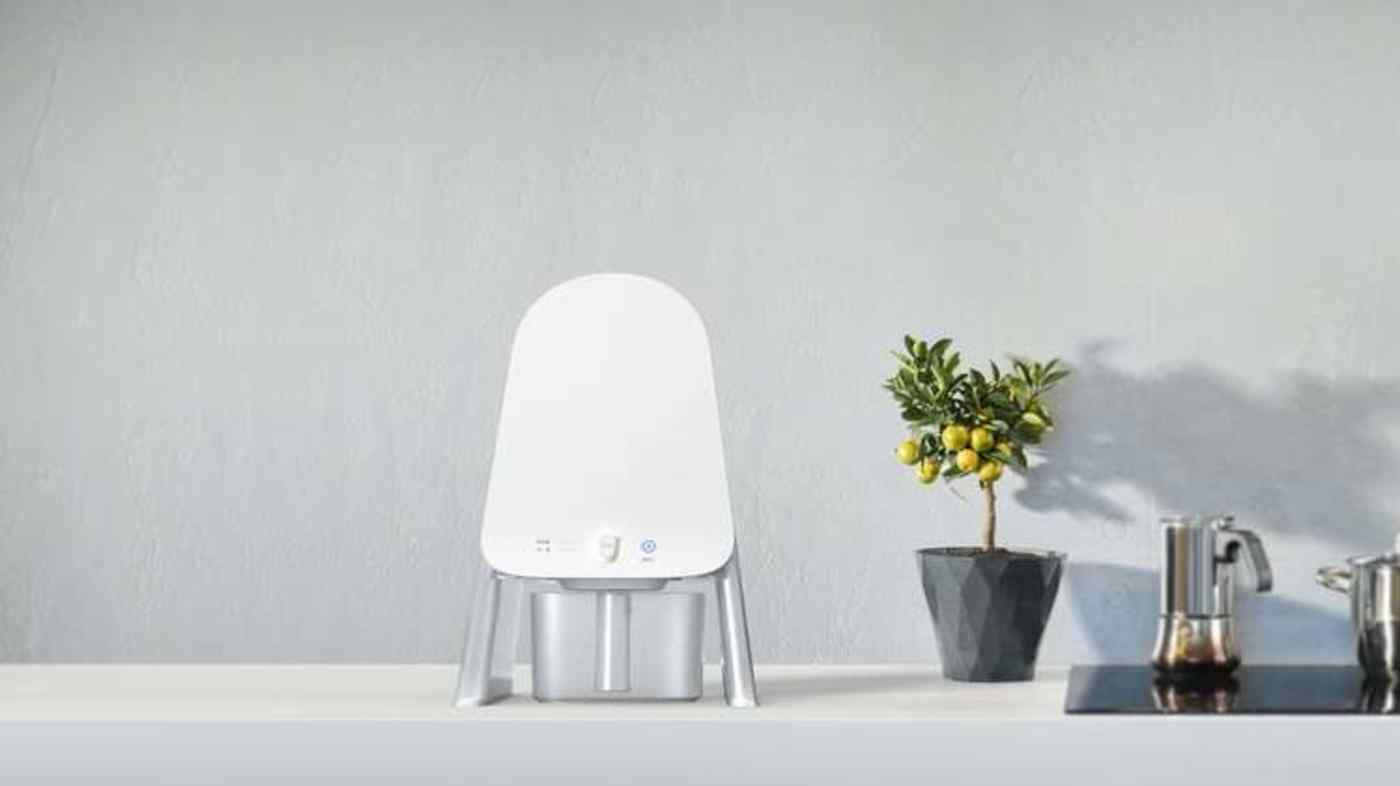 Yumi Granary's rocket-shaped rice keeper includes an internet-connected chip that tracks how much rice is left and when a new order needs to be placed. (Photo courtesy of Yumi Granary)
SI QI, 36KrNovember 14, 2020 10:30 JST | China
CopyCopied

Often called rice stockers or rice bins, these containers can be found in many Japanese and South Korean homes but are little used in China.

Yumi Granary co-founder Cohen does not see this as a lack of a Chinese market but rather as an untapped market, one his startup intends to sate with intelligent rice stockers -- a product Cohen believes can catapult Shanghai-based Yumi Granary to top-brand status in China.

The company was founded in 2019 with the intention of riding the "blue ocean" of more than 10 million air and water purifiers sold annually. It continues to focus on product development, though it is also trying to boost its consumer recognition through e-commerce and marketing.

Traditional rice containers help keep the staple grain from getting moist and moldy once it is exposed to air; they also keep out insects. But users can sometimes be left in the dark about how much rice is left in their box.

As for solving the mold problem, Yumi Granary tried low-temperature keepers, vacuum stockers and dry-sterilization bins before adopting a plasma technology. An antibacterial function is triggered when the container is opened and closed, eliminating 99% of any gathering mold.

As for addressing the traditional boxes' penchant for hiding how much rice is left, Yumi Granary has installed an internet-connected chip to its keeper that tracks how much rice has been consumed. The device's software determines when fresh orders need to be made and places orders automatically.

The service ensures deliveries within 72 hours of an order being placed.

The rocket-shaped keeper, designed by a Red Dot Design Award-winning team, can store up to 6 kg of grain.

It was also designed to allow the startup hardware sales as well as residual income from the ordering service -- and to potentially put Yumi Granary in the kitchens of frequent rice buyers.

Cohen said the company has teamed up with dealers and joint purchase services to handle early-stage hardware sales.

It has also partnered with 20 suppliers.

The startup, which in September began selling the rice stocker for 399 yuan ($60), has since received more than 30,000 orders.