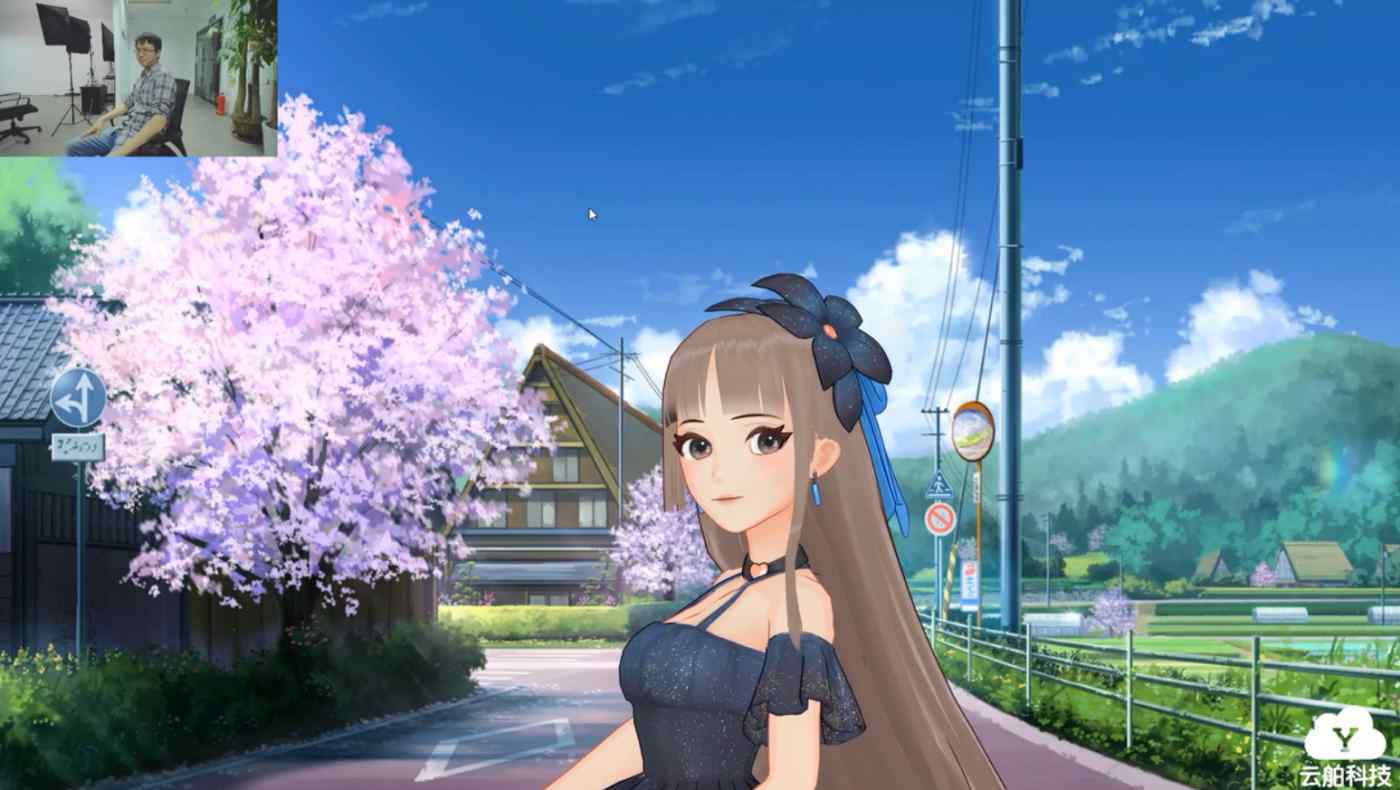 BEIJING -- YunBo, a Chinese company that has developed a sensorless motion capture technology, is now in the spotlight amid the growing popularity of virtual idols.

The company developed the motion capture technology on its own and has already obtained a patent.

If a 30-second or shorter video is uploaded to the platform, movement analysis data is output in about five minutes. A computer graphics producer can then use the data to easily create a 3D video.

The platform has about 10,000 registered users and is currently available free of charge. YunBo is continuing to improve the platform by gathering feedback from users through a social media account.

YunBo also provides a video production tool for ordinary users. This business is currently a pillar of the company's earnings. If users upload videos they shot themselves, existing 3D characters make the exact same moves.

YunBo has partnered with Tencent and other companies handling popular games to provide this service for players so they can freely create videos using game characters.

Another moneymaking business is the provision of original virtual idols that the company has developed. YunBo makes these idols available through its XiaoK Yulepingtai platform, launched earlier this year. The term "yulepingtai" means "entertainment platform."

Users have only to move in front of web cameras at home, and virtual idols make the same moves in real time. If this service is used, anyone will become able to livestream content using virtual idols.

YunBo says it will develop more virtual idols and in the future provide them as a group, called XiaoK She, to the livestreaming platform. The term "she" means "group."

The company plans to decide which virtual idols it should preferentially foster, based on feedback from users, and then conduct livestreams and hold live commercial events.

Virtual idols are now moving beyond a subcultural framework because they look good and can communicate with viewers more freely. Tencent, ByteDance, video platform iQiyi and others are developing their own virtual idols.

But the biggest problem with virtual idols so far is that they are costly.

If virtual idols are created through traditional methods, they are far more expensive than human idols. It costs 1 million yuan (about $150,000) to record one song and create a music video using a virtual idol. If a concert with 12 songs is held, it reportedly costs about 20 million yuan.

For that reason, in order to profit from virtual idols it is necessary to operate them for long periods of time. Costs rise as new content continues to be released, but without such continuous release, fans grow bored and are lost.

The company thinks that for future virtual idols, 3D production costs will approach zero, leaving only the costs of design and content production.

Mei said YunBo wants to morph into a content provider, not only by developing technologies but also by tying up with other companies related to the idol industry.