Blueocean touts its submersion liquid system for efficiency and affordability 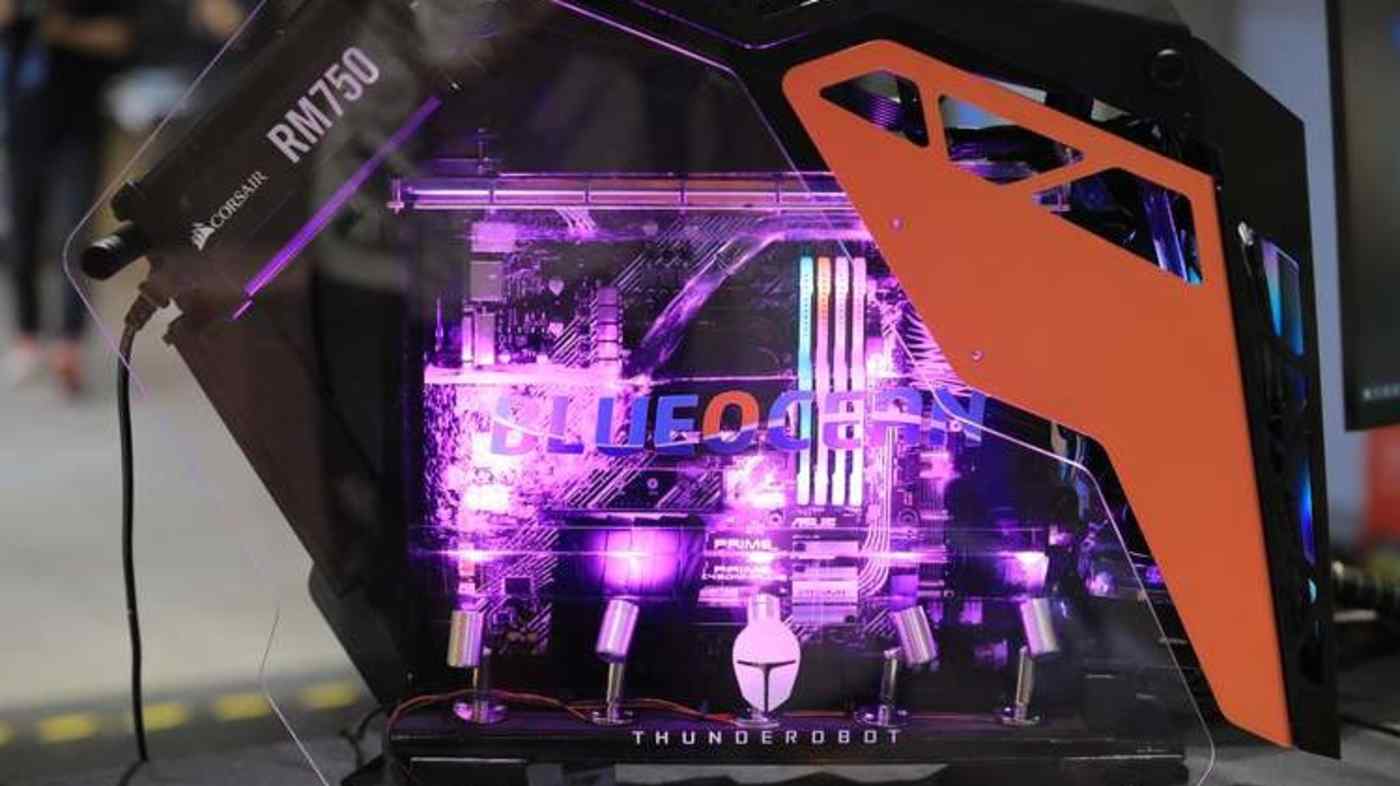 BEIJING -- Excess heat generation is an unavoidable problem for all electronic devices.

If heat dissipation measures are insufficient, the temperature of a central processing unit, or CPU, rises sharply under heavy loads, shortening a device's product life or causing thermal runaway.

Established in 2019, Blueocean is a Chinese startup focused on the heat dissipation business. It was established by engineers with doctorates who returned to China after engaging in research projects in Japan.

With the dawn of the 5G era, the need for heat dissipation designs for electronic devices will swell. 5G-compatible smartphones are said to consume at least three times more electricity than 4G devices.

By making full use of its own heat flux modeling, liquid coolant and plating technology, Blueocean has been developing a submersion liquid cooling system that can compete with air cooling systems in terms of cost.

A submersion liquid cooling system directly submerges a CPU and other electronic device parts in a liquid coolant. Compared with the mainstream types of cooling systems, it delivers high heat dissipation efficiency but usually costs much more.

"The reason why the submersion liquid cooling technology has not become popular lies in its [high] cost. Our company is exploring an optimum balance between heat dissipation efficiency and cost," said Blueocean founder Mo Jingjie.

At the core of the company's submersion liquid cooling technology is the high performance of liquid coolants and heat dissipation designs capable of coping with various scenarios.

The liquid coolant used by Blueocean does not need to be replaced for 18-25 years, because it is a liquid that has high heat conductivity, insulation and fluidity and is superior in terms of chemical stability, according to the company.

"Fluoride refrigerants, which many of the submersion liquid cooling systems now being distributed adopt, are poisonous," Mo said, "and noises associated with boiling arise while in operation.

"Furthermore, despite their very high costs, the heat dissipation capability does not become stable and their case body is also large. That's why they are not suitable for general use."

Blueocean CTO Lin Zijie explained that the company creates heat flux models in accordance with its customers' needs and then designs liquid coolants and heat dissipation modules based on heat conductivities derived through calculations.

The desktop PC released earlier this year by Blueocean through its tie-up with Thunderobot delivers even higher heat dissipation performance because not only a liquid coolant is injected but also a small turbine is installed inside.

Furthermore, an external heat dissipation module has also been added to form a closed loop that allows a liquid coolant to flow back inside via a pipe, boosting heat exchange efficiency to the maximum.

A stress test was conducted using the most high-specification PC in a room with a temperature of 28 C.

In an extreme situation, the temperature difference between the room on the one hand and the CPU and the graphics processor unit, or GPU, on the other, was kept at the optimal level of 50 C or lower for computer chips.

In addition to electronic devices such as PCs and smartphones, Blueocean is also conducting research and development on solutions assuming large-scale heat dissipation designs for data centers, 5G base stations, light detection and ranging, or LIDAR, and power transmission base stations.

Blueocean plans to target IT companies' data centers first and has already secured alliances with several such companies, according to the startup.

The company procured about 10 million yuan (almost $1.5 million) from Hongtai Aplus, Dami Ventures and Ningbo Angel Capital Guiding Fund in an angel funding round within three months of its launch.