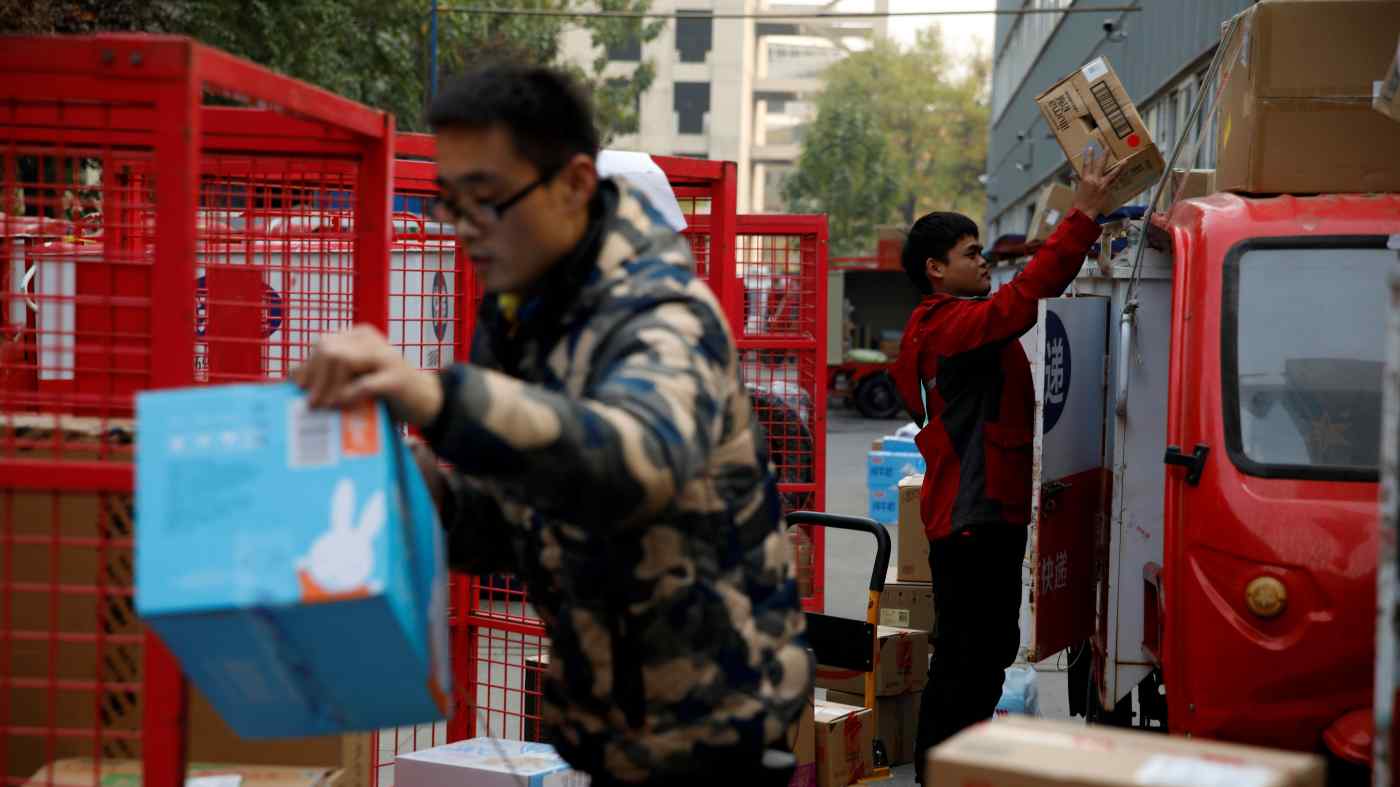 Demand for shipping is skyrocketing in China among both individuals and corporations.   © Reuters
SONG JINGLI, KrASIAJanuary 26, 2021 02:40 JST | China
CopyCopied

The company is expected to rake in another $200 million in another deal, 36Kr has reported.

The new funds will push the company to a valuation of $10 billion. Less than a month ago, it closed a $515 million series E round.

Investors have been favoring China's land cargo shipping players recently. Manbang, which was created in November 2017 from the merger of truck-hailing rivals Yunmanman and Huochebang, raised $1.7 billion from investors, including Sequoia Capital China and Hillhouse. Didi Chuxing's new cargo shipping unit, which went online in 2020, only planned to raise $400 million in December but instead attracted $3 billion.

Lalamove was operating in 352 cities on the Chinese mainland at the end of September 2020 since its 2013 Hong Kong launch. The company connects 480,000 drivers and serves 7.2 million monthly users. Customers include individuals looking to move home as well as corporate clients such as e-commerce giant JD.com, state-owned oil refiner Sinopec and retailer 7-Eleven.

Orders rose 50% in 2020 despite a 93% year-on-year decrease in February, when the COVID-19 pandemic hit the Chinese mainland.

The company says that a Shenzhen resident was its most frequent customer in 2020, placing 5,085 orders at an average price of 152 yuan ($23.4) per order. Another user from Guangzhou was the most active driver, fulfilling 3,722 orders during the year. One driver from Zhejiang Province delivered a load of fabrics 3,970 kilometers.