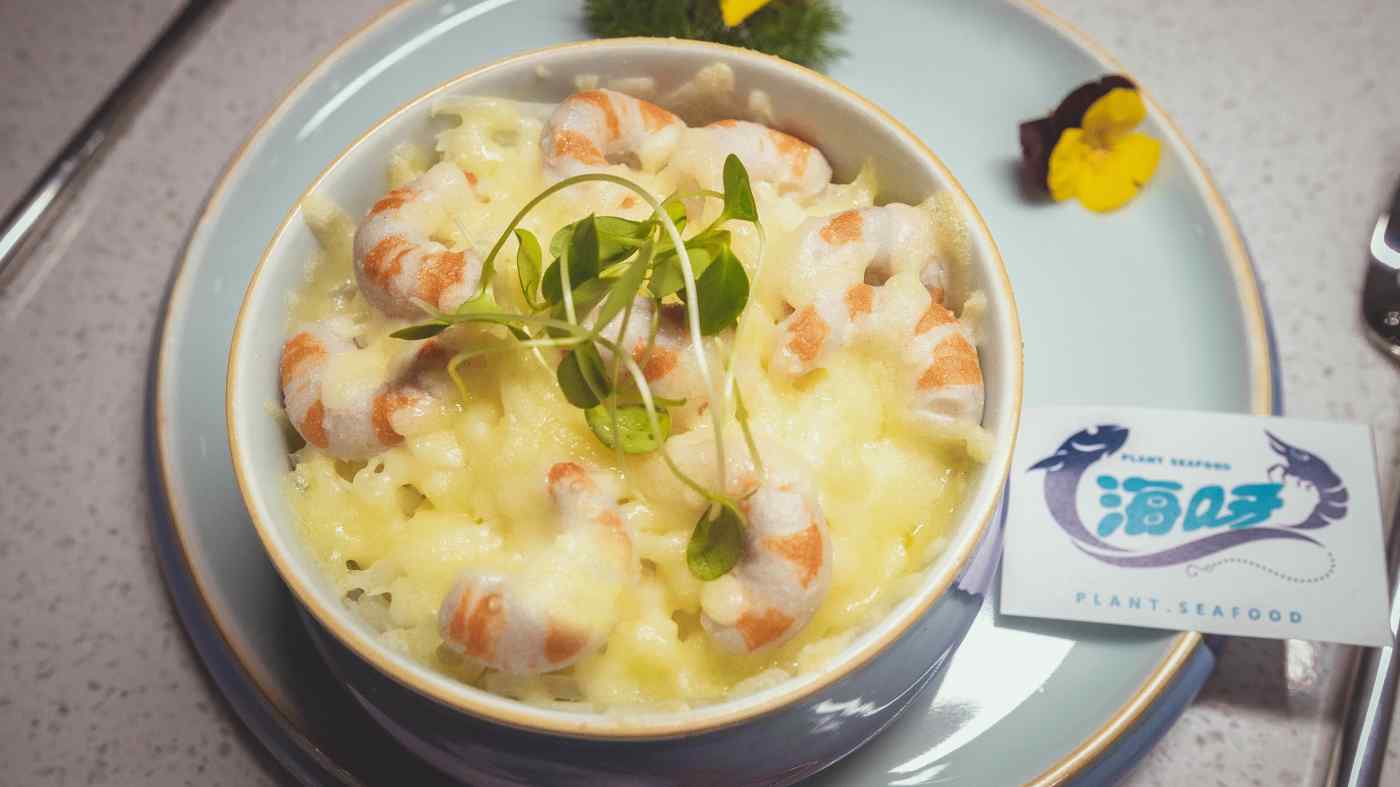 New Singularity said it will spend the money mainly on product development.

Founded last year, the startup has developed microbial fermented shrimp and fungus-based mycoproteins. Its products are to undergo improvements before being officially put on sale in the third quarter of this year.

Data from the U.N. Food and Agriculture Organization shows that 90% of the world's marine fish stocks are overexploited, and the number of marine species have fallen 36% on average.

Founder and CEO Gao Li says her company's substitute meat is made from proteins fermented with microbial strains and falls into the fungus category. The proteins can be used for meat, yogurt and drinking water, or can be used as a substitute for dairy products.

Microbial algae-based proteins can create muscle fibers with a seafood flavor and similar texture to meat. These strains can be used repeatedly, and 14,000 times more bacterial proteins can be obtained compared with original strains. But issues such as high costs and nutrient balance need to be resolved, Gao said.

New Singularity's initial seaweed-derived products were brought to market in July and August, pushing the company's monthly sales to 12,000 yuan ($1,850). The seaweed-based shrimp had a crisp texture but were low in fiber.

New Singularity's development team successfully obtained target strains after screening. This allowed it to develop products that do not contain cholesterol, antibiotics or growth hormones, and reproduced the texture and nutritional value of animal proteins, thereby lowering production costs.

Gao says the market success of microbial fermented substitute meat depends on costs. In the medium to long term, cost reduction and customization will be key to developing these proteins.

While alternative protein is popular, careful consideration should be given to nutritional value and costs, Gao said. As microbial fermented substitute meat is new in China, strain development constitutes a large portion of costs in conducting research in the technology-oriented industry, she added.

New Singularity's development team consists of Gao, experts with doctor's degrees in microorganisms from Jiangnan University and serial entrepreneurs in the food market. All are members of Friends of Green China Tianjin, a marine environment conservation group.