A district that once defined Tokyo is getting a refit 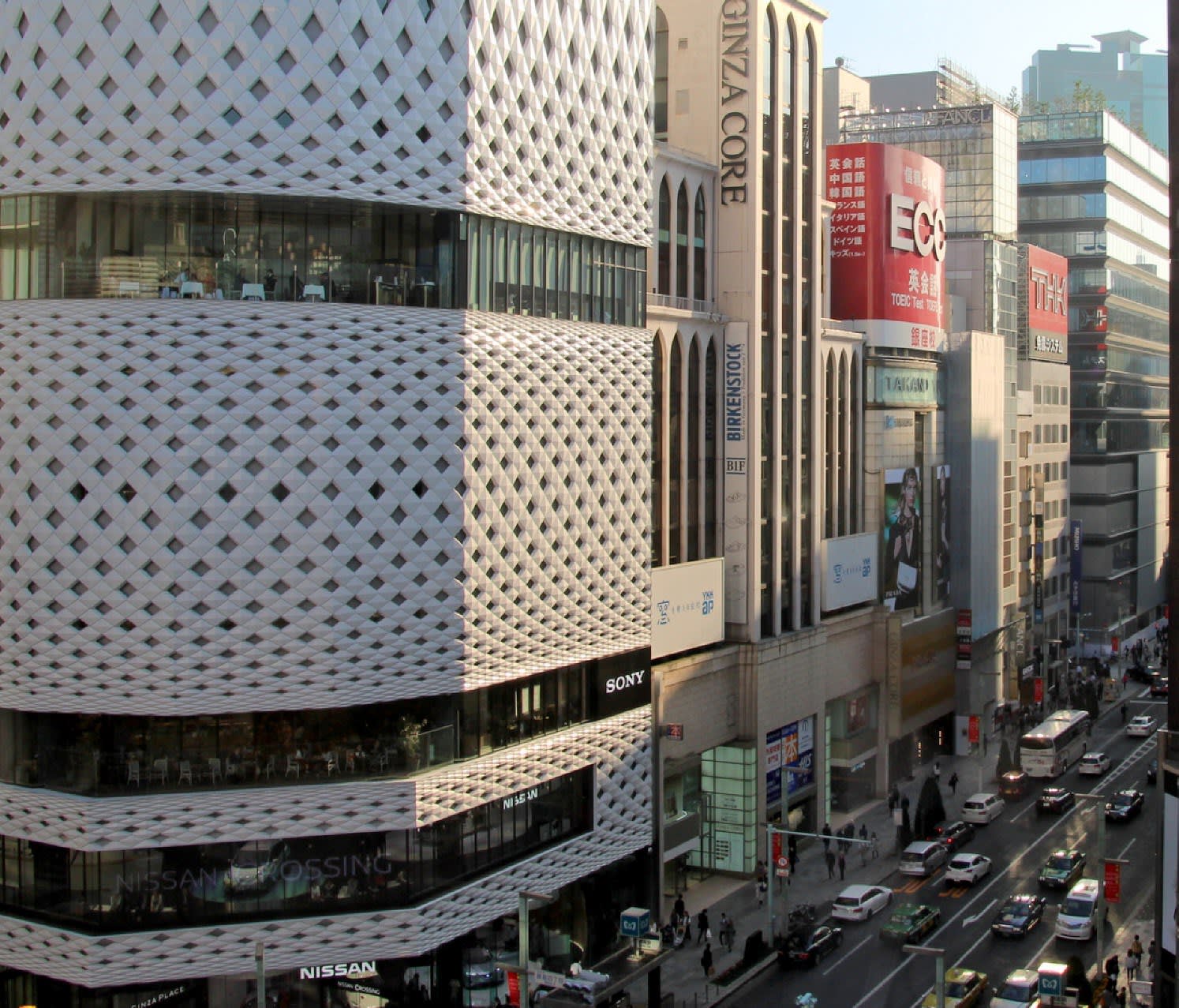 TOKYO -- Tokyo's Ginza district is getting a makeover.

So why not keep the Matsuzakaya brand?

"What Ginza needs now is not to evolve the current department store," J. Front President Ryoichi Yamamoto replied, "but to make a whole new commercial complex that no one has ever seen."

Yamamoto was speaking Wednesday at a press conference at a Tokyo hotel.

Ginza Six will have 13 stories above ground and six basement levels. It will be the district's largest commercial facility, with floor space of 47,000 sq. meters. Of the 241 tenants, 122 will be their brand's Tokyo flagship.

Luxury is to be a main attraction. Christian Dior, a unit of France-based LVMH Moet Hennessy Louis Vuitton, will have one of its largest outposts in the world there. It will use the first basement plus the first four floors.

The complex will have a Tsutaya Books with cafe, and J. Front's Daimaru Matsuzakaya Department Stores will open a small variety store, Sixieme Ginza. The company expects the Ginza Six complex, including restaurants, to earn total sales of 60 billion yen ($574 million) in the complex's first fiscal year. It is targeting 20 million annual visitors.

Other changes are happening in Ginza. Department store Printemps Ginza will change its name to Marronnier Gate in January, after it terminates its trademark licensing contract with France's Printemps. The store has operated as Printemps Ginza for more than 30 years.

Electronics maker Sony opened Sony Building on a corner of Sukiyabashi Crossing in 1966. The shops closed in late August. In the summer of 2018 Ginza Sony Park opens in the same spot.