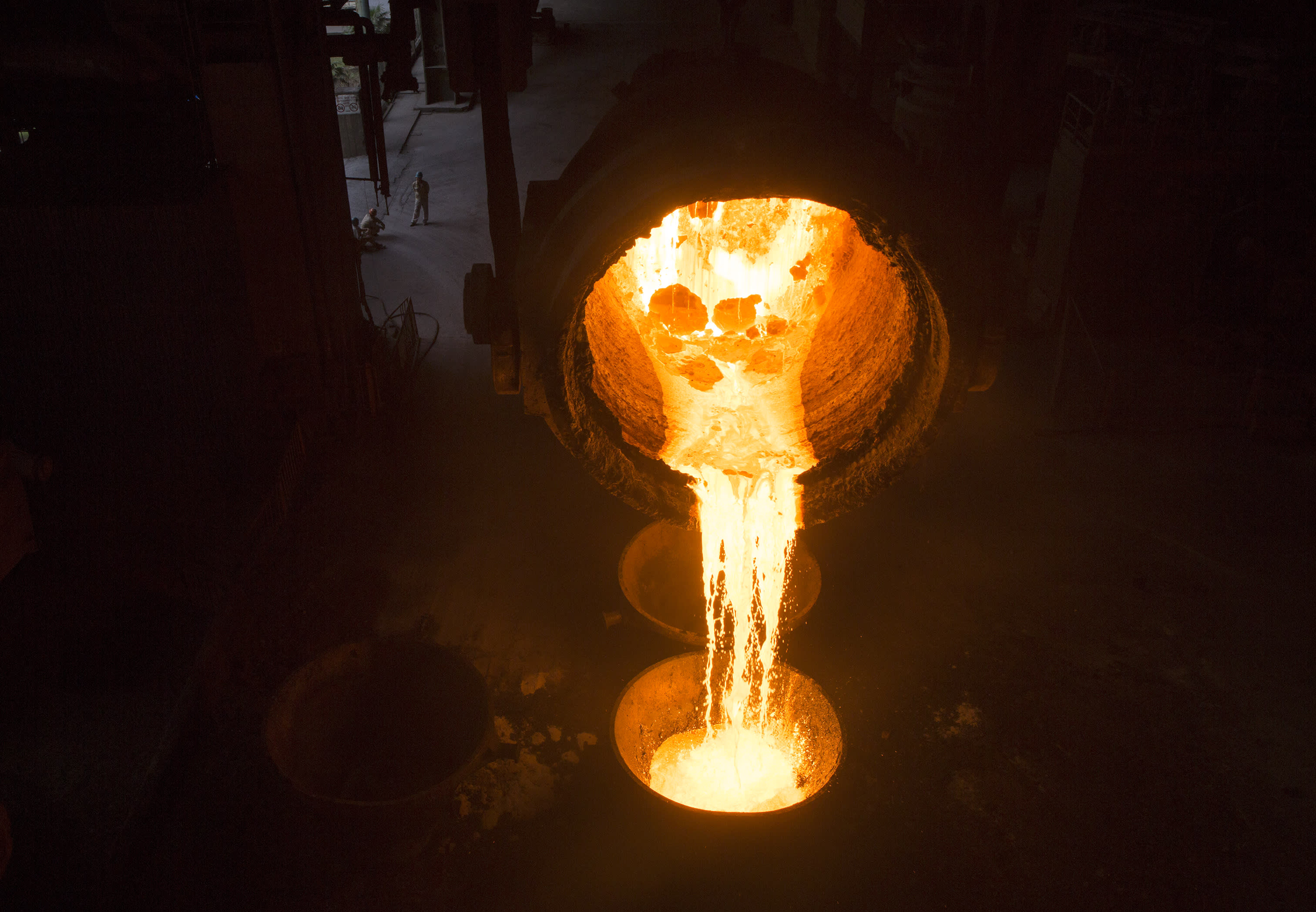 SHANGHAI The planned merger of two state-owned Chinese steel giants indicates Beijing is finally getting serious about tackling the excess production plaguing the country's steel industry. But creating the world's second-largest steelmaker is no guarantee of curing China's overcapacity ills. 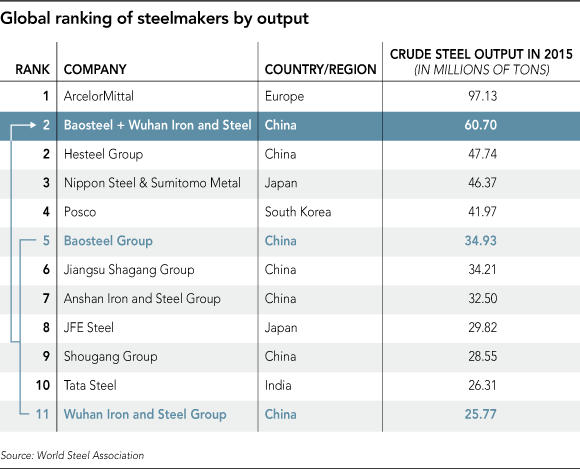 The merger will likely see Baosteel, headquartered in Shanghai, change its name to Baowu Iron and Steel Group and absorb Wuhan, which is based in Hubei Province. A specific date for the merger has not been disclosed, but the State-Owned Assets Supervision and Administration Commission of the State Council, which wholly owns both steelmakers, said on the same day it had approved the move.

Baosteel ranked fifth globally in crude steel output for 2015, producing about 34.9 million tons, according to the World Steel Association. Wuhan ranked 11th, with output of roughly 25.8 million tons. The total of the two companies surpasses the output of second-ranked Hesteel Group of China and that of third-ranked Nippon Steel & Sumitomo Metal of Japan.

Both Baosteel and Wuhan said they intend to use the merger to eliminate underproductive facilities. The Chinese steel industry has seen a serious supply glut accumulate amid the slowdown in the domestic economy. But domestic woes are not the only factor prompting Beijing to act. China is facing mounting criticism from abroad over the cheap Chinese steel products flooding the international market.

At the Group of 20 summit held in Hangzhou, China, in early September, Jean-Claude Juncker, the president of the European Commission, made his displeasure clear, saying 10,000 European steel workers had lost their jobs in recent years. Such a situation, he said, is unacceptable.

Following a fall in domestic steel demand due to the economic slowdown, China's steel exports soared to slightly above 100 million tons in 2015, more than Japan's total annual output. The G-20 countries, including China, agreed at the Hangzhou summit to launch a global forum to resolve the issue.

FIRST OF MANY? The merger between Baosteel and Wuhan could trigger a further realignment or shakeout of China's large steelmakers.

The government under President Xi Jinping has made it clear that it intends to bolster the flagging Chinese economy through supply-side reforms, including the elimination of excess capacity and a reduction in massive debts. Last December, the government committed itself to moving forward with these reforms, and the Baosteel-Wuhan amalgamation seems to be one of the fruits of these efforts.

The merger could help remedy international as well as domestic problems. China accounts for half of the world's crude steel production capacity. Substantially reducing this capacity would go a long way toward resolving the slump in the global steel industry brought on largely by the Chinese glut.

Baosteel issued a statement on Sept. 22 that the new company will aim to become an internationally competitive steelmaker by improving product quality and production efficiency.

A wide range of industries in China, including cement and lime, are struggling with excess capacity, but the problem is particularly severe in the steel sector. More than 50% of Chinese steelmakers are said to be loss-making "zombie companies," many of which are kept alive by government subsidies.

To address this, the Chinese government plans to cut the country's steel production capacity by between 100 million and 150 million tons by 2020. This year's reduction target is 45 million tons, and 47% of that target was achieved by the end of July. The government hopes that the merged company, which will have an annual capacity of 60 million tons, will have plenty of room to raise production efficiency and significantly reduce its redundant facilities.

In the past, the central government's attempts to nudge the steel industry toward realignment met with resistance from regional governments and companies. Now, however, analysts are hopeful that the merger of two major steelmakers will herald a recovery of the global steel industry.

Shoji Muneoka, chairman of Nippon Steel & Sumitomo Metal, told reporters on Sept. 22 during his visit to Beijing that the merger is "the first step" toward reducing China's excess production facilities. "If other Chinese steelmakers follow suit, the situation will improve quite a lot," he said.

And in fact, rumors of a second round of steelmaker mergers are already rife in China. There is talk of Hesteel Group being combined with Beijing-based Shougang Group, and of a merger centering on Anshan Iron and Steel Group, headquartered in Liaoning Province. A senior official of the China Iron and Steel Association said earlier in September that more than 60% of China's total steel production will be concentrated at 10 large steelmakers by 2025.

But it is uncertain whether this merger, or future ones, will be able to make a dent in China's excess steel capacity or produce significant cuts in the industry's workforce.

China has numerous smaller, privately run steel mills. Even when Baosteel and other large steelmakers curb production, as the market picks up, smaller players just increase their output, and the market finds itself back in a slump. Since the beginning of this year, a little more than 20 million tons of production capacity has been trimmed from China's steel industry. Yet the country's steel exports are on the rise as smaller steelmakers have scrambled to boost production.

Another point to consider is how far merged companies are willing to go in eliminating overlapping facilities and cutting their workforces. An executive of a Japanese steel trading company expressed concern that a merged steelmaker may balk at trimming its excess facilities, leaving it with even more bloat than before.