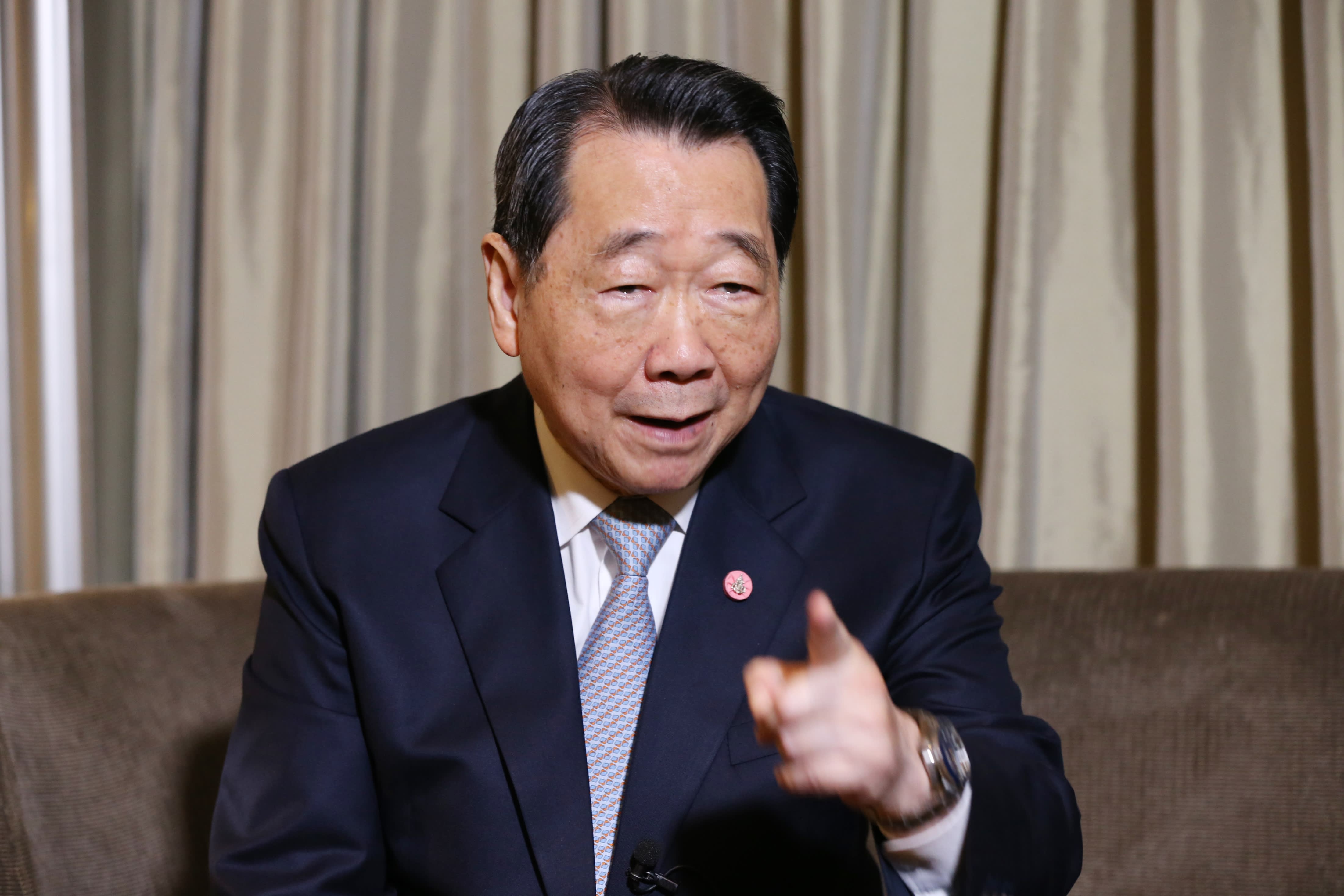 BANGKOK Thailand's biggest conglomerate, Charoen Pokphand Group, is only getting bigger. Fueling that expansion, says the company's chairman, Dhanin Chearavanont, is an investment push targeting the over 3 billion consumers in India, China and member nations of the Association of Southeast Asian Nations.

CP, which owns Charoen Pokphand Foods, sees opportunities in times of flux -- and flux is something those markets have in spades. 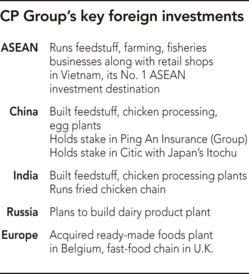 The company spotted such an opportunity in China as far back as 1979, just as the country was opening up its economy. The world was still skeptical about the communist nation, but CP had a good feeling. Today, the company is one of the most successful businesses there, with China accounting for some 40% of its $45 billion in annual sales.

Change continues to be a big theme in China, where the economy is shifting from one driven by exports to one propelled by domestic demand.

India, too, "cannot resist the global wave of change," Dhanin said. Solid economic growth, along with government moves to ease restrictions on foreign ownership of local businesses, are reshaping the market.

To harness the opportunities brought by these disruptions, the group is rapidly expanding its presence along more segments of the food-industry supply chain in India. Until recently, CP's operations there had been confined to feed production and chicken farming.

In June, it set up a chicken processing plant in the southern Indian state of Andhra Pradesh. In 2013, it launched Five Star Chicken, a Thai-style fried chicken restaurant chain, which is winning over locals with prices lower than those of Western fast-food chains.

For Dhanin, being at the forefront of tech innovation goes hand-in-hand with tapping new opportunities. He is a huge proponent of robotics and automation in manufacturing, which explains why CP's plants -- which do everything from processing chicken to churning out dim sum -- boast high productivity.

He has made a practice of acquiring advanced technologies through takeovers. In 2014, the group purchased a Belgian ready-made food factory that is nearly fully automated.

"We want to access biotechnology and robotics technology through acquisitions, but they have to be related to the food business, our core," said Dhanin. "As for nonfood technologies, we will take only partial stakes in such companies, forming joint ventures, for instance."

Population aging, which is becoming a serious issue in Asian countries like China and Thailand, is another change where Dhanin sees a chance for growth. Labor-shortage problems can be addressed with automation technologies, and businesses focusing on the elderly will thrive, he said.

Dhanin has shown interest in Japanese nursing care facilities operated by local trading powerhouse Itochu, with which CP has capital and business ties.

ALL ABOUT SYNERGY Asked whether CP will forge more capital and business alliances with other companies, Dhanin said: "It's possible, but a deal can't be struck unless the potential partner can interest us as much as we interest them. We want alliances in which one plus one makes five or 10."

When asked about allegations of insider trading involving executives at group convenience store operator CP All, Dhanin said Korsak Chairasmisak, the CP All vice chairman at the center of the scandal, "did not commit an offense but he made a mistake because of his lack of knowledge."

He went on to say: "Tolerating mistakes is part of our corporate culture. If a person does a lot of work, he is bound to make a mistake. We will not fire him unless the mistake is intentional. Rather, we will give him a chance to learn from the failure and start over again."