A trans-Pacific tug of war 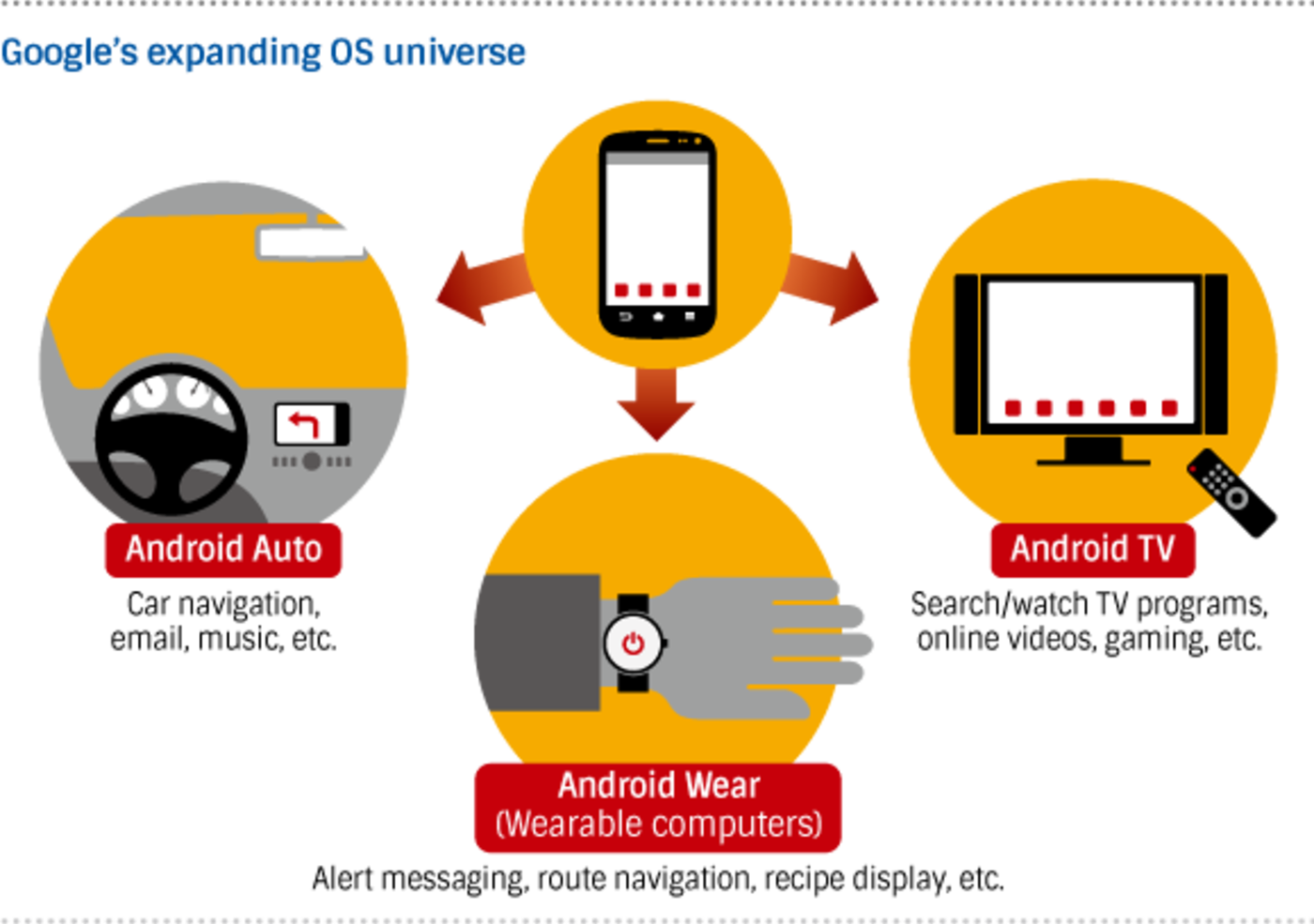 TOKYO -- Technology giants from the U.S. that ushered in the smartphone era are fighting to keep their grip on the ever-changing device and software sectors. Their aim is to avoid a costly battle over handset prices and functions, and to expand the "ecosystem" of gadgets using their operating software.

Google Android, used by Samsung Electronics and other manufacturers, is the dominant operating system for smartphones. More than four out of five smartphones shipped around the world run on the system. But for the U.S. company, this is just the beginning. Google in June announced plans at a developers' conference in San Francisco to expand the "Android empire." Its ambition reaches beyond smartphones.