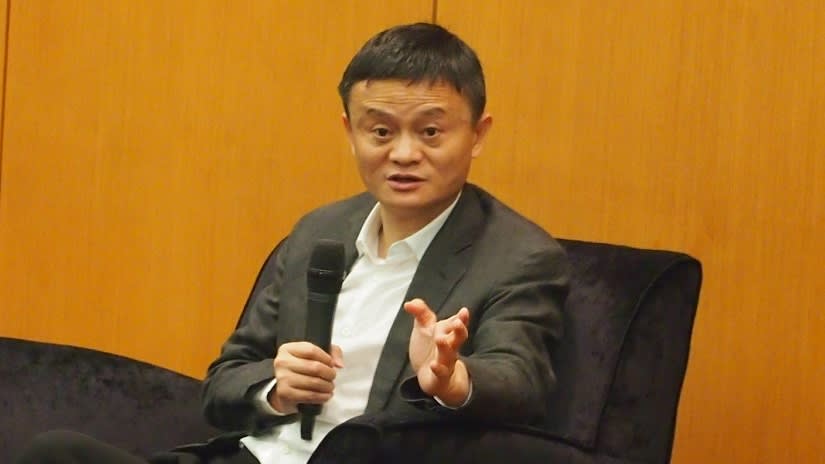 Better known for online marketplaces like Taobao, Alibaba is turning to developing countries in Southeast Asia, South America, and Africa. The plan is to export its Electronic World Trade Platform, or eWTP, a cross-border e-commerce infrastructure capable of supporting business-to-business and business-to-consumer transactions.

eWTP involves creating not only online infrastructure that enables businesses to sell across borders, but also developing e-trade rules and best practices by working together with governments.

Alibaba has made Malaysia its first country abroad to establish eWTP. The deals involve developing a logistics hub and an e-commerce platform linked to OneTouch, the company's trade facilitation platform.

The initiative dovetails with Malaysia's own Digital Free Trade Zone, or DFTZ, a virtual and physical economic space created outside Kuala Lumpur to assist small and medium enterprises.

Ma said free trade zones usually cater to big companies, enabling them to clear customs more efficiently than small businesses due to economies of scale. Ma wants eWTP in Malaysia to provide a hub and trading mechanism that will enable small and medium enterprises to close the gap and "import and export with ease".

Equipped with custom clearance facilities, DFTZ is being developed in conjunction with Malaysia Airports and Cainiao Network, the logistics arm of Alibaba. It is expected to handle $65 billion worth of goods by 2025.

An existing warehouse facility at Kuala Lumpur International Airport will serve as the physical hub. The setup will involve online marketplace operator Lazada Group, which Alibaba bought for $1 billion last year, with its existing network in Southeast Asia. Alibaba plans to roll out a new unit for the project by the end of the year, which will be fully launched in 2019. Exact investment figures have yet to be disclosed by any party.

eWTP is supported by the Alibaba Cloud. The group's cloud computing arm can offer local SMEs access to big data and the Internet of Things to "improve their competitive power," said Ma.

In India, Alibaba has invested in Paytm, a financial technology startup that recently launched its bill-payment app in Canada.

Ma has been appointed digital economy adviser to the Malaysian government, and in a speech to a paid business forum in Kuala Lumpur said he intended to spend the next ten years planning his retirement. "Life is not always about Alibaba," he said.

The 52-year-old former English teacher founded Alibaba in 1999, and told his listeners that he would like to promote education in retirement.