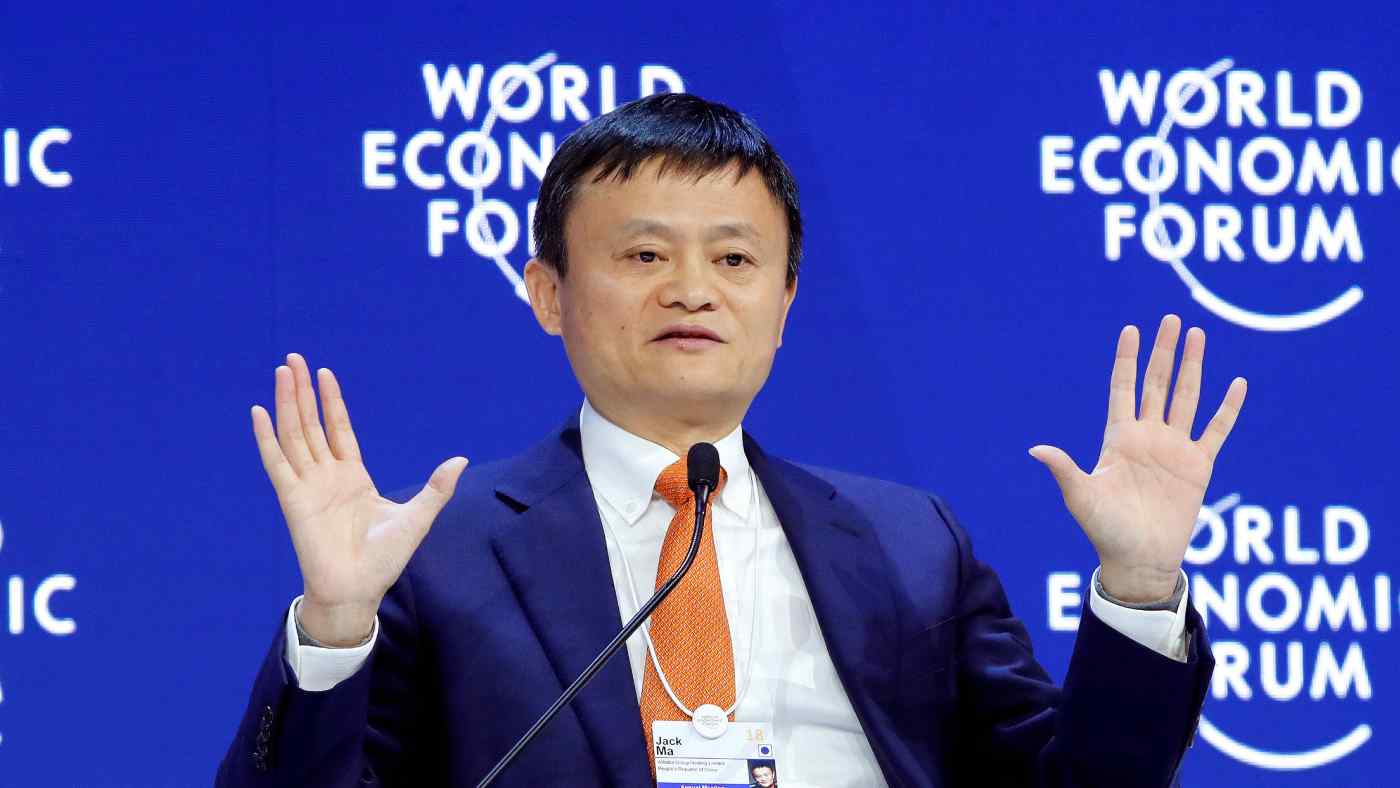 Under a deal announced the same day as better-than-expected quarterly earnings, Alibaba will buy new shares in the operator of the popular Alipay payment service in exchange for certain intellectual property rights owned by the e-commerce giant. There will be no cash impact on Alibaba following the closing, it said.

The move will align the duo's interests further in areas including user acquisitions from offline and online platforms and international expansion, Alibaba Executive Vice Chairman Joseph Tsai said in a conference call. Their strategic partnership dates back to 2014, when Alibaba and Ant Financial reached a profit-sharing agreement.

This will mark Alibaba's first investment in the affiliate, valued at more than $74 billion by Hong Kong-based brokerage CLSA in 2016.

Alipay was established in 2004 under Alibaba but spun off as a separate entity in 2011 to come under the control of Ma. The move, which followed regulations requiring third-party payment services to be wholly owned by Chinese companies or individuals, led to a dispute between Alibaba and foreign shareholders SoftBank Group of Japan and Yahoo of the U.S. Meanwhile, Alibaba's revenue jumped 56% on the year to 83.02 billion yuan ($13.18 billion) for the three months ended December, supported by Chinese consumers' enthusiasm for online shopping. This compared to the average estimate of a 49.95% rise to 79.84 billion yuan by analysts polled by Thomson Reuters. The company's bread-and-butter commerce segment continued to drive growth, especially with a push from China's biggest shopping event on Nov. 11.

For the event -- Singles Day -- Alibaba claimed to have broken its own record again with $25.3 billion of goods on that day alone, 40% more than last year. Alibaba also has been pushing its artificial intelligence technologies to attract customers through personal recommendations.

Its cloud computing business also reported revenue growth of 104% on the year to 3.59 billion yuan, pushed by increasing paying customers and more customers willing to pay for higher-value-added products, the company said. Karen Chan, equity analyst at Jefferies, said in a recent report: "We estimate Alibaba Cloud to reach breakeven with 3.2% operating margin by fiscal year 2019."

Alibaba also accelerated its push into offline retailing, aiming to pull customers into its empire. In November, the company said it would invest 22.4 billion Hong Kong dollars ($2.86 billion) in China's top hypermarket operator, Sun Art Retail Group. Looking ahead, the company pledged to double its Hema supermarket branches by the end of 2018. Hema customers will be able to receive fresh products in about 30 minutes after clicking from an additional 30 stores in Beijing and three new ones in Xian by the end of 2018.

Quarterly net income attributable to ordinary shareholders rose 35% to 24.07 billion yuan. Alibaba also raised its outlook for fiscal 2018 full-year revenue growth to between 55% and 56% from the previously announced 49% to 53%.

While Alibaba continues to dominate the Chinese e-commerce sector, the competition is also stepping up its game. Internet giant Tencent Holdings and China's second-largest e-commerce player, JD.com, announced plans that quarter to invest $863 million together in Chinese online apparel retailer Vipshop Holdings. The deal came amid the duo's increasing presence in commerce, including a partnership to share customer data and fulfillment on Singles Day and Tencent offering a shopping channel for users via its popular WeChat messaging app.

For Alibaba, growing competition is not the only threat. Nomura expects growth in China's online retail sales sector could slow to an annual 11% in the coming five years, following the 42% from 2011 to 2016. "The population dividend effect in e-commerce has been diminishing as e-commerce penetration has been increasing in the past years," said Jialong Shi, analyst at Nomura International.

Following the results, New York-listed Alibaba shares opened more than 5% below their previous closing to hover under $200 on Thursday.