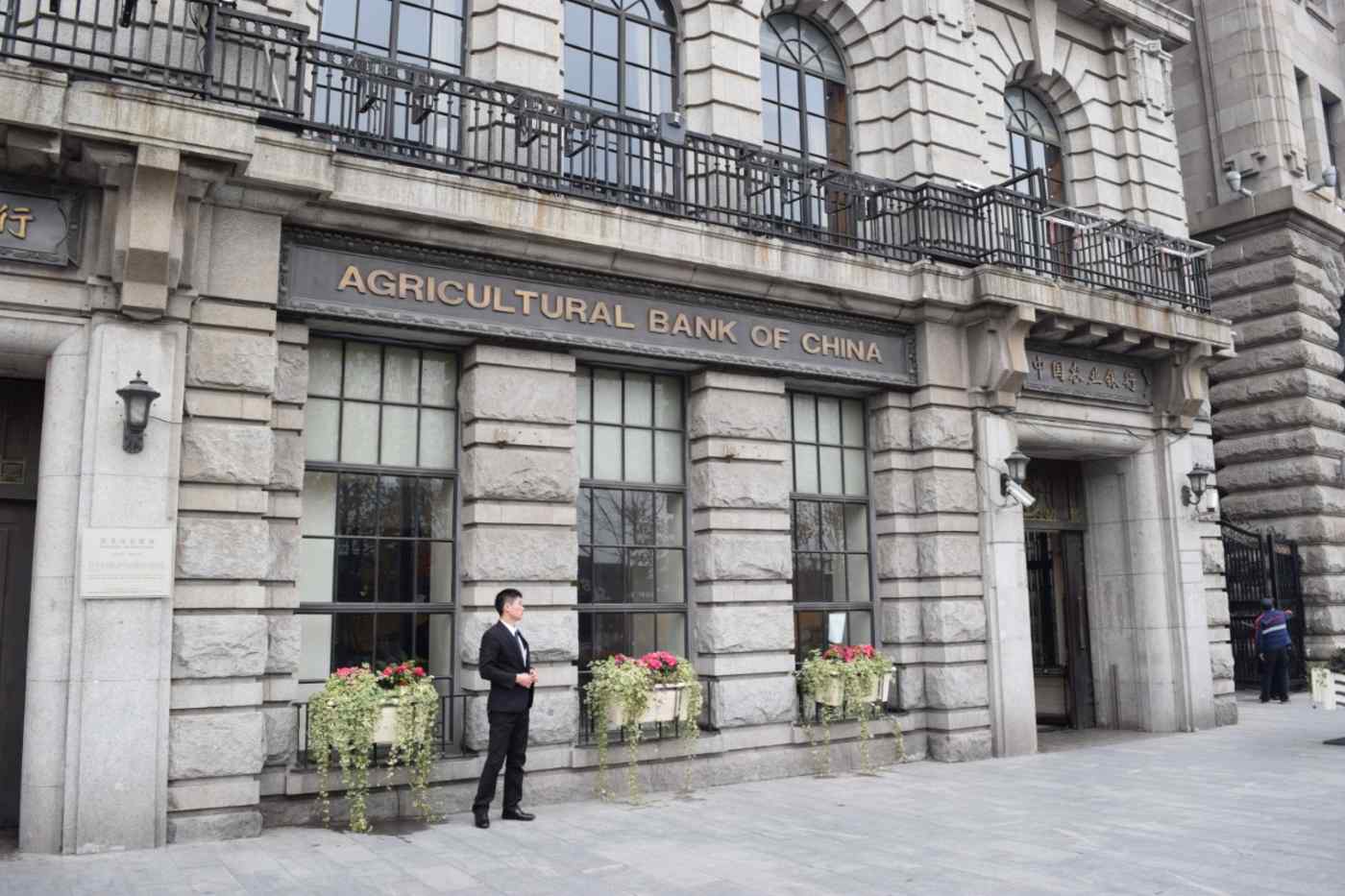 Agricultural Bank of China, which is headquartered in Shanghai, had the highest nonperforming loan ratio among the nation's major banks in the first quarter. (Photo by Kenji Kawase)
JOYCE HO, Nikkei staff writerApril 29, 2017 04:26 JST | China
CopyCopied

HONG KONG -- It may be too soon to say that glimmers of hope can be seen in the quality of Chinese bank assets, considering they have off-balance-sheet assets that are collectively larger than the world's fifteenth-largest economy.

The country's six biggest commercial banks revealed this week that their off-balance-sheet assets -- likely held through trusts and wealth management products -- were worth 7.78 trillion yuan ($1.13 trillion) as of March -- more than Mexico's 2016 nominal gross domestic product of $1.06 trillion, or about a tenth of China's economy.

Bringing these previously hidden assets to light immediately boosts their already substantial balance sheets by 7.6% on average, and smaller banks' by 11-13%.

Yet these "second" balance sheets also prompt questions on the significance of banks' reported declines in nonperforming loan ratios as well as the sufficiency of their capital, since they were all under pressure to set aside more provisions for losses on impaired loans.

ABC, though, with the highest nonperforming loan ratio at 2.33%, has so far been the most aggressive among top-tier lenders in accumulating opaque assets, which totaled 1.79 trillion yuan as of March, or 8.8% of its official balance sheet. That is compared with industry leader ICBC, which held roughly 1.85 trillion yuan of assets outside its balance sheet that would otherwise be 7.42% larger.

A new assessment framework from the Chinese regulator required the disclosure of banks' off-balance-sheet assets, which came to light in first-quarter earnings reports released at the end of this week.

To better gauge banks' risk exposure, the retooled assessment included wealth management products -- on top of loans, deposits and bond and equity investments by banks -- from the first quarter of this year. Such products, which have more than tripled to 29 trillion yuan since 2013, were often used by banks to skirt capital requirements when lending to riskier borrowers.

The more stringent oversight was part of Beijing's plan to contain financial risks and deleverage the corporate sector. Other measures include tightening liquidity in the interbank market. Guided by The Shanghai headquarters of Bank of China, which reported the slowest first-quarter net profit growth among its peers, up only 0.06% on the year. (Photo by Kenji Kawase)

the People's Bank of China, the one-month Shanghai interbank offered rate rose over 100 basis points in the first three months. It was last quoted at 4.0237% on Friday, versus around 2.706% a year ago.

Some midsize banks, which received 60% of their funding growth from wholesale funds, were therefore feeling the pinch, as reflected in the first-quarter results. Apart from cutting interbank liabilities, they also resorted to more stringent cost control in a bid to defend their bottom lines.

Beijing-based China Minsheng Bank, for instance, had slashed its operating expenses by 16.3% on the year as interest income, fee income and investment returns all declined, leading to a 9.7% drop in operating income.

A close ally of acquisitive Anbang Insurance Group, the bank continued to boost its receivables investments -- a likely channel for shadow-banking credits -- which grew almost 1.5 times on the year, or 7% from December. Extra fee income from selling wealth management products helped the bank book a 3.6% increase in net profit to 14.2 billion yuan.

Citic's banking arm, China Citic Bank, which revealed a similar downtrend in operating income, posted 1.69% growth in net profit to 11.39 billion yuan. To cope with the higher volume of nonperforming loans, up 37.8% on the year to 51.32 billion yuan, or 1.74% of the total loan balance, Citic Bank pushed its provision coverage ratio down by 3.96 percentage points to 151.54% from December -- bordering the regulatory threshold. It also shrank its balance sheet by over 3% compared with December as wholesale funding became costlier while customer deposits dipped 5.7%.

Shenzhen-based China Merchants Bank was one of the few better-performing midtier banks, reporting 8.9% growth in net profit for the first quarter with improving asset quality. Both its interest income and customer deposits bucked the downtrend experienced by its peers, rising 1.8% in the first quarter and 3.4% from December, respectively. Yet higher funding costs forced it to decrease interbank assets by 14.2% compared with the end of December.

"If banks are required to limit total wholesale funding contribution to within [one-third] of total liability, we estimate some joint-stock banks may have to slow down [balance sheet] expansion," Victor Wang, analyst at Jefferies Group, wrote in a note on Monday. "The regulation may also slow down the overall banking sector [balance sheet] growth rate, push up bond market yield and intensify deposit competition."

Ken Shih, research director at DBS Vickers Hong Kong, said Chinese banks' net profit will grow around 5% in the first quarter, and 5-10% for the whole year. "We still expect mild [net interest margin] pressure," said Shih, citing impacts from the replacement of the business tax by the value-added tax since last May, and slower fee income growth from more subdued sales of wealth management products.

With nonperforming loans surging 10.67% on the year, Beijing-based BOC reported the slowest growth in net profits among its peers, up only 0.06% on the year, while CCB, also based in Beijing, led the pack with growth of 3.03%.