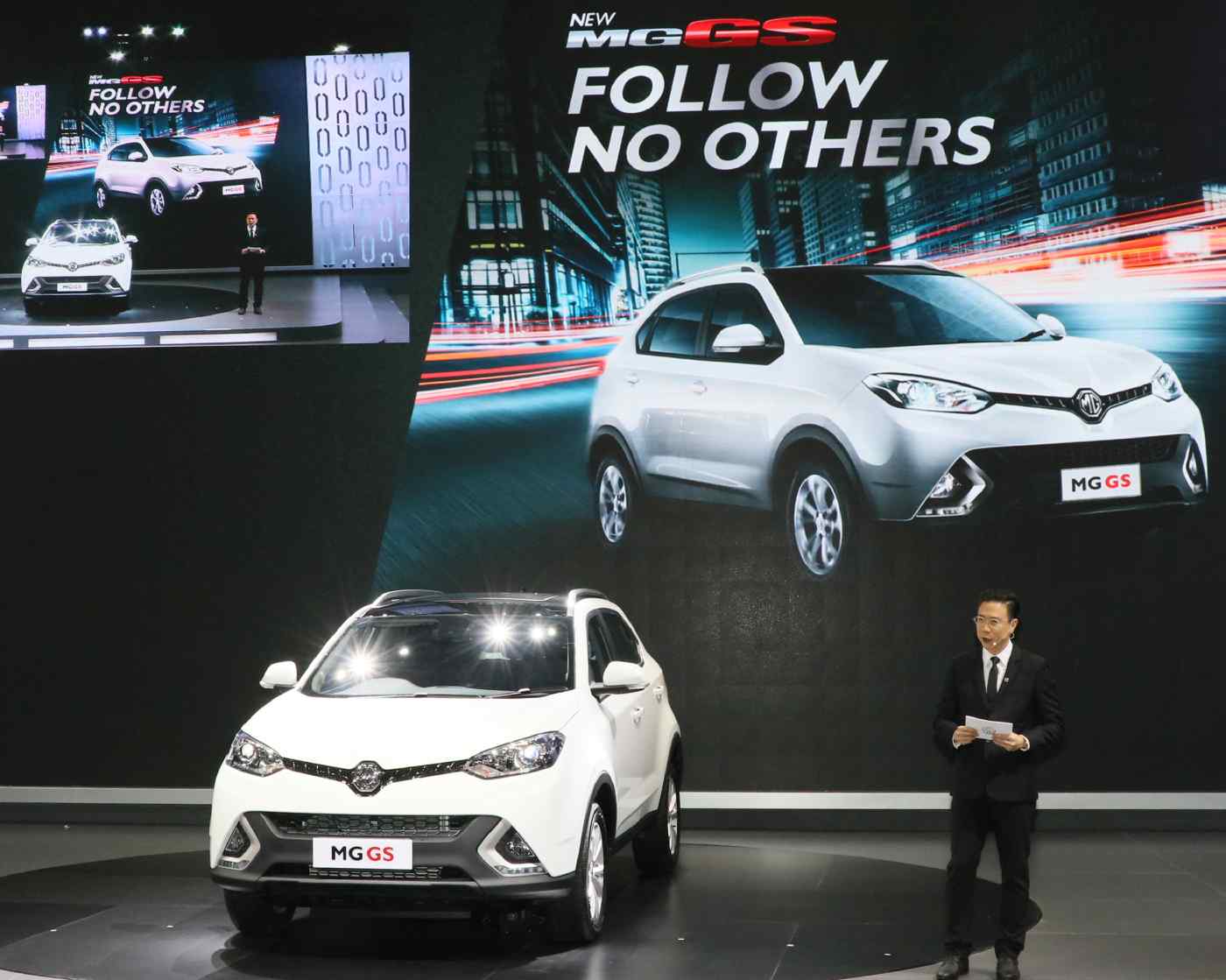 BANGKOK -- SAIC Motor is planning to ship vehicles from Thailand to other parts of Southeast Asia and beyond, following in the footsteps walked decades ago by Japanese automakers.

The major Chinese carmaker has been manufacturing MG-brand vehicles in Thailand through a joint venture with local conglomerate Charoen Pokphand Group. The venture, SAIC-CP Motor, is currently building its second plant in the country southeast of Bangkok, and is reportedly spending more than 30 billion baht ($870 million).

The facility, which is slated to open as soon as next year with an annual output capacity of 200,000 units, will be used for exports, said MG Sales (Thailand) Vice President Pongsak Lertrudeewattanavong. Pongsak has indicated to local news outlets that the business strategy for the new plant will be announced around October.

SAIC-CP Motor is now making the MG3 subcompact hatchback, MG GS sport utility vehicle and two other models. It plans to add two more models by the end of the year, including a multipurpose vehicle. As the lineup expands, the brand's dealership network in Thailand will increase about 50% to 90 locations by the end of the year.

Thailand's auto exports rose to a record in 2015.

MG Sales sold 8,319 new vehicles last year, up 120% on the year. That is still a low number given the new plant's capacity of 200,000 units. With so much spare capacity, exporting will be essential to hold up plant utilization rates.

MG-brand cars built and sold in Thailand have steering wheels on the right side. So export destinations likely will be markets where autos drive on the left side of the road, such as Indonesia and Australia.

SAIC is essentially following the same path taken by Japanese automakers, which have made Thailand an export hub since around 1990. The country, with a high concentration of autoparts makers, has an auto market of about 800,000 new vehicles per year. Japanese automakers have a combined market share of about 90%.

Toyota Motor, Isuzu Motors and Mitsubishi Motors have positioned Thailand as a key supply base for 1-ton pickup trucks. Shipments of compact eco-friendly vehicles have climbed in recent years as well.