Distiller gives up on government officials, targets consumption at home 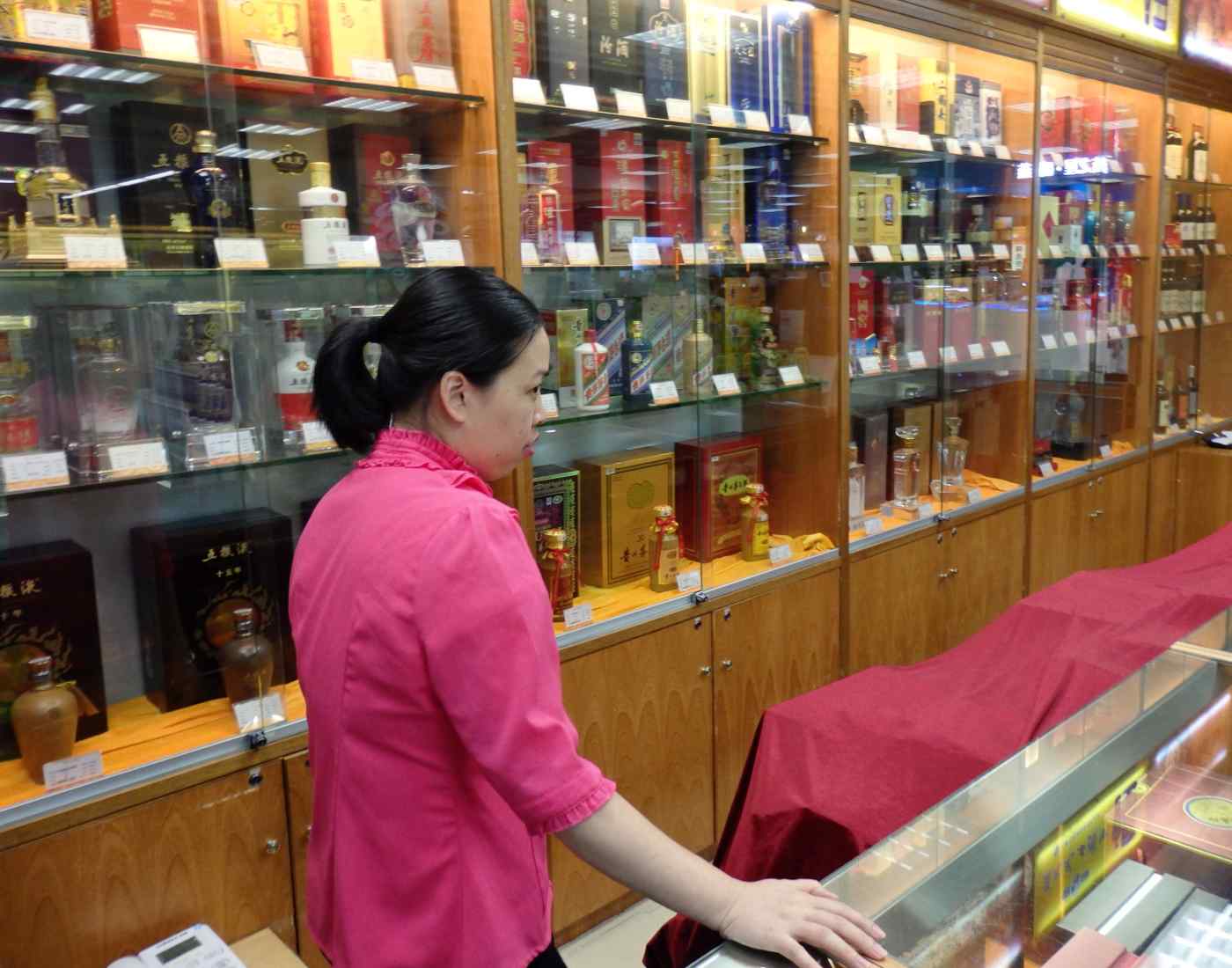 Kweichow, based in Guizhou Province, saw both sales and profit stagnate in 2014 and 2015 due to slower sales of baijiu, the most popular spirit in China, for entertaining bureaucrats and other government officials under a frugality drive by President Xi Jinping, who took office in 2013. But the company has put its earnings back on an upward path by reviewing its product lineup and prices.

Kweichow is now going far ahead of other baijiu distillers in terms of earning capacity, with the ratio of net profit to sales at more than 40%.

China has continued a tough anti-corruption campaign along with the frugality rule. As a result, the massive consumption of baijiu for entertaining bureaucrats and other government officials at luxury entertainment places such as restaurants, which had been an indispensable part of doing business, has greatly decreased over the past few years. 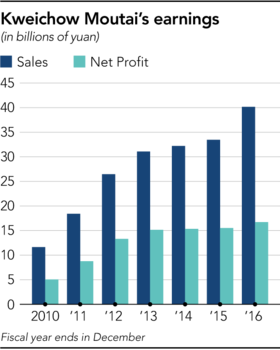 The development hit Kweichow hard, forcing the company to drastically change its product lineup and pricing practice. In the business year ended in December 2016, the change enabled Kweichow to post a sharp 20% gain in sales from the previous year.

Strong earnings continued into the first half of 2017 as Kweichow registered a 28% year-on-year increase in net profit on a 36% rise in sales. The ratio of net profit to sales was 44%.

Moutai, Kweichow's leading brand of baijiu, is known as a high-end, luxury product, carrying price tags equivalent to hundreds of dollars. But as demand for high-priced products has plunged under the frugality regulations and anti-corruption campaign, Kweichow has "totally given up on consumption by government officials and shifted the target of its products to individual consumers," said a Chinese brokerage house analyst.

Kweichow has drastically changed its pricing practice through a steep increase in the lineup of mid- and low-priced products that sell in the tens of dollars.

The new strategy has matched changes in Chinese lifestyles.

People who leisurely enjoy eating and drinking at home have increased in China in recent years. Rising personal incomes have enabled more households to enjoy relatively high-priced liquors at home.

In fact, some 40% of Moutai is now consumed in restaurants, while the remaining 60% is sold at retailers. Consumption by government officials accounted for about 30% in 2012, but the ratio has plunged to less than 1% as the brand is now consumed mostly by individuals or on business occasions.

Kweichow has been more shrewd in its pricing strategy. As the brand recognition of Moutai for personal consumption has increased to some extent, the company is raising prices of products under the brand.

Kweichow is promoting Moutai as a rare liquor and strengthening its brand image, stressing that it can produce only tens of thousands of tons per year. Capitalizing on the trend of beverage consumption in China, Kweichow is expected to keep logging strong results for some time.