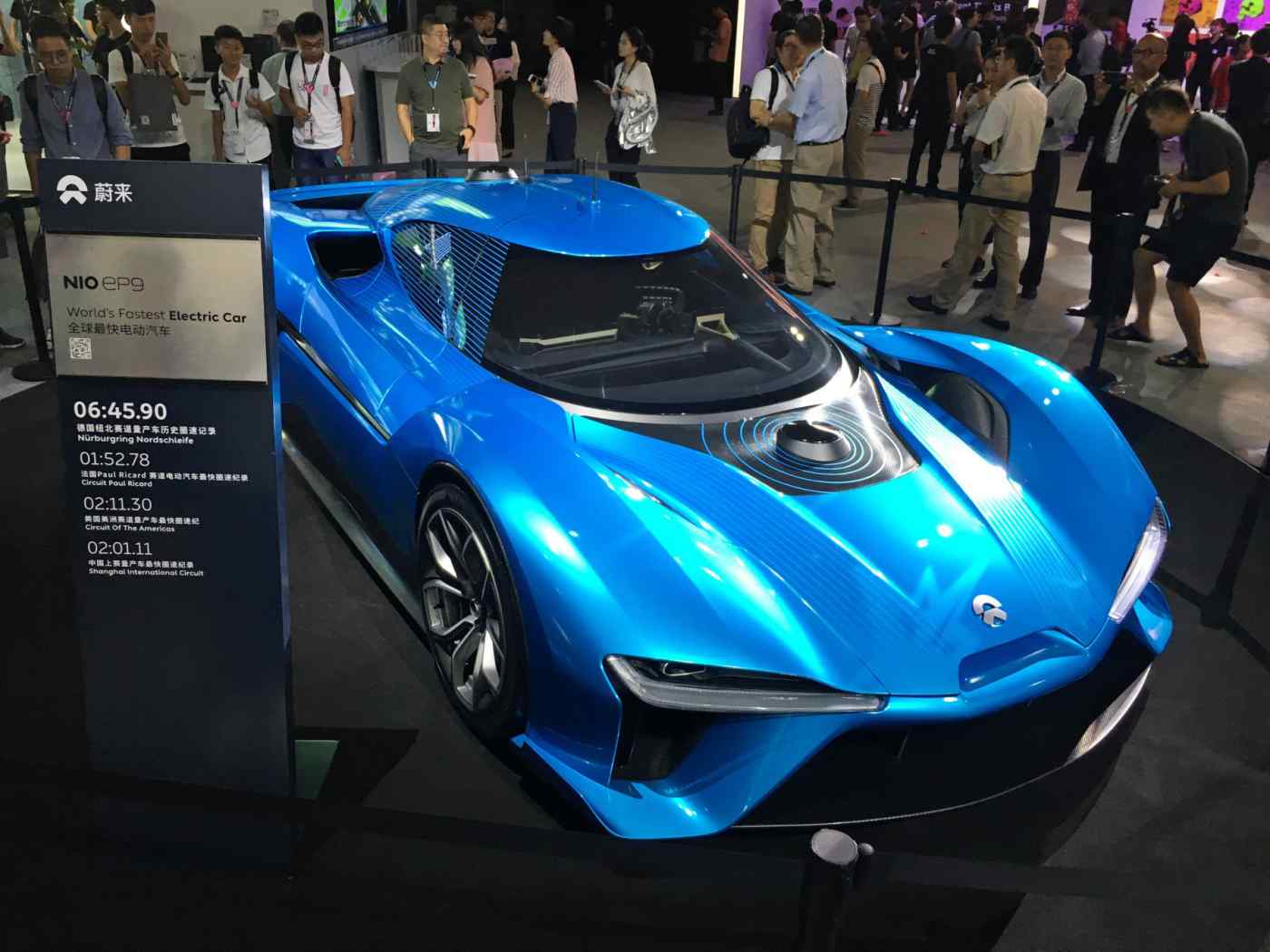 GUANGZHOU -- Electric vehicle startups and automakers in China are strengthening their collaboration to propel development and sale of electric vehicles as the government tightens environmental regulations.

The startups are eager to learn production expertise from automakers, which in turn will want to buy green credit from the startups under a new regulation to take effect in 2019. Meanwhile, foreign players with little presence in this sector are scrambling to catch up with domestic contenders and claim their own piece of the world's largest auto market.

Shanghai-based NIO, whose shareholders include Chinese internet giants Tencent Holdings, Baidu and JD.com, as well as an investment fund, has teamed up with Changan Automobile. They have formed a strategic partnership to develop, manufacture and sell electric vehicles. NIO seeks to absorb Changan's expertise in a broad range of areas, including driving performance and safety. It will outsource its electric vehicle production to Changan as well. 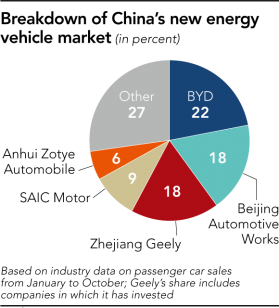 NIO also is working with Anhui Jianghuai Automobile, which will produce NIO electric vehicles to debut as early as this year. But NIO expects a broader cooperation with Changan in hopes of speeding up development of electric vehicles. With investors Baidu and Tencent developing autonomous driving technologies, collaboration in that arena is also likely.

Guangzhou Xiaopeng Motors Technology, which has gathered talent from both the auto and internet worlds, is partnering with mid-tier automaker Haima Automobile in production.

Xiaopeng will let Haima handle production of 50,000 units on its behalf. The plan is for a Haima plant in Henan Province to begin mass production of Xiaopeng's electric sport utility vehicles by the end of this year.

WM Motor, in which Baidu and others hold stakes, has joined with German sport car designer Isdera.

Hebei Yujie Vehicle Industry, which has made low-speed electric vehicles, has aligned with Great Wall Motor and accepted its investment for a 25% stake. Capitalizing on Great Wall's expertise, the two plan to produce and sell a combined 150,000 units in 2020.

The Chinese government wants to increase production of new-energy vehicles -- including electric and other environmentally friendly types -- to 7 million in 2025, up from about 500,000 in 2016. Online service companies and investment funds are pouring money into the field, giving birth to more than 100 startups related to electric vehicles. With many of these startups lacking permits to build new-energy vehicles on their own, they have no choice but to team up with automakers.

For auto companies, on the other hand, a major target is the new-energy vehicle credit. Producers that turn out these vehicles at a high proportion of overall output gain such credits. Considering that the partnering startups do not make conventional vehicles like gasoline cars, they would likely be awarded a hefty amount of green credits upon obtaining production licenses. Automakers can then buy these credits from their partners.

Credit sales will be a big source of income for the startups. The credit is rumored to be several thousand yuan to tens of thousands of yuan per vehicle (1,000 yuan equals $150).

Often these startups are led by veterans of information technology industries. Teaming up with automakers could therefore propel development of autonomous driving.

Chinese automakers rank among the top sellers in this segment, a world away from gasoline-fueled vehicles, where foreign automakers dominate. Foreign players will be at a disadvantage if they fail to strengthen their presence in the new-energy sector. Hence many foreign automakers are also forming joint ventures to advance their electric offerings. Waves of realignment involving these foreign players may result.

Volkswagen, for example, announced a major investment in new-energy vehicles ahead of the Guangzhou auto show, which opens Friday.

Chinese players are countering the challenge by the German automaker. Beijing Automotive Group will unveil a new electric SUV at the motor show. New-energy vehicle sales for the group, centered around Beijing Automotive Works, soared 80% on the year in the January-October period, pushing the company to second place in the sector. The group seeks to increase production capacity by accepting investment from Daimler in a subsidiary making new-energy vehicles.

BYD, the top seller in the field, plans to unveil an electric SUV as well. No. 3 Zhejiang Geely Holding Group will make all of the passenger vehicles to be produced by its Volvo Car unit from 2019 onward new-energy vehicles. The company invests in such electric vehicle companies as Zhidou Electric Vehicle Sales and Kandi Technologies. It seeks to expand new-energy vehicle sales group wide.

To promote new-energy vehicles, the government will require 10% of manufacturers' output and sales to be green vehicles in 2019, and 12% in 2020. Calculation of the actual volume requirement, based on a points-based formula, takes into account each automaker's vehicle lineup and performance. An industry insider said that for a company building and selling 1 million units a year, the required green volume at the 10% threshold will range between 30,000 to 70,000 units. If the requirement is not met, the company must purchase green credits from others to offset the difference.